Home » Blog » Apartment » Hallway » Every book on my bookshelf.

Every book on my bookshelf.

I got rid of a lot of things before I left to travel. It was a nice feeling to purge everything unnecessary, everything unneeded, from my life. In the end I sold, threw out, or donated over two-thirds of my belongings. Still, I kept many things, a couple of boxes of books included. (Plus a few more boxes dedicated entirely to The Baby-Sitters Club…)

I cut down my book collection to one slightly-overflowing bookshelf worth. I did keep most of my travel books, all the ones I read and perused and lusted over as I planned for my trip. (And I also amassed more guidebooks over the past few years, mailing them home When I left countries or regions, unable to bring myself to throw them out.) I kept the dance books I loved as a child. I kept a collection of young adult favorites. I kept anything I had by Palahniuk and Sylvia Plath among other favorites like The Catcher in the Rye and Perks of Being a Wallflower. I kept a handful of writing manuals from grad school.

Admittedly, I also have a couple of stacks stashed away in my dining room console. Those are mostly computer manuals — HTML, CSS, etc. etc. — that are probably too outdated to be useful but were too expensive to begin with to want to get rid of.

I still, sometimes, buy books. It’s hard not to when Amazon is so convenient and when you live down the block from a book store that also serves wine. But I just got a library card, my first since college, so I’m hoping to start borrowing more than purchasing. And no, no I have no desire to get an e-reader. I like having the physical pages in my hand.

It was interesting to take stock in the books I have. There are a handful I forgot I had, a handful I’ve completely forgotten the plot of, and a handful that I’ve never even read in the first place. So I guess I should read or re-read some of those in the near future.

Or just buy a bunch of new ones and a new bookcase?

Here are all the books on my bookshelf…

The Bell Jar by Sylvia Plath

From which I took the name, Choosing Figs.

The Journals of Sylvia Plath

The Perks of Being a Wallflower by Stephen Chbosky

Three copies…the paperback I’ve had since college, an edition from England, and a sign hardcover.

The Virgin Suicides by Jeffrey Eugenides

The Year of Magical Thinking by Joan Didion

The Collected Stories of Amy Hempel

The Catcher in the Rye by J.D. Salinger

The Beach by Alex Garland

You’re going to notice a lot of Palahniuk…

A guy once read a passage from this to me and I fainted. I can’t read this without putting it down and walking away several times.

Beautiful You by Chuck Palahniuk

Dress Your Family in Corduroy and Denim by David Sedaris

Me Talk Pretty One Day by David Sedaris

When You Are Engulfed in Flames by David Sedaris

The Rules of Attraction by Bret Easton Ellis

Civilization and Its Discontents by Sigmund Freud 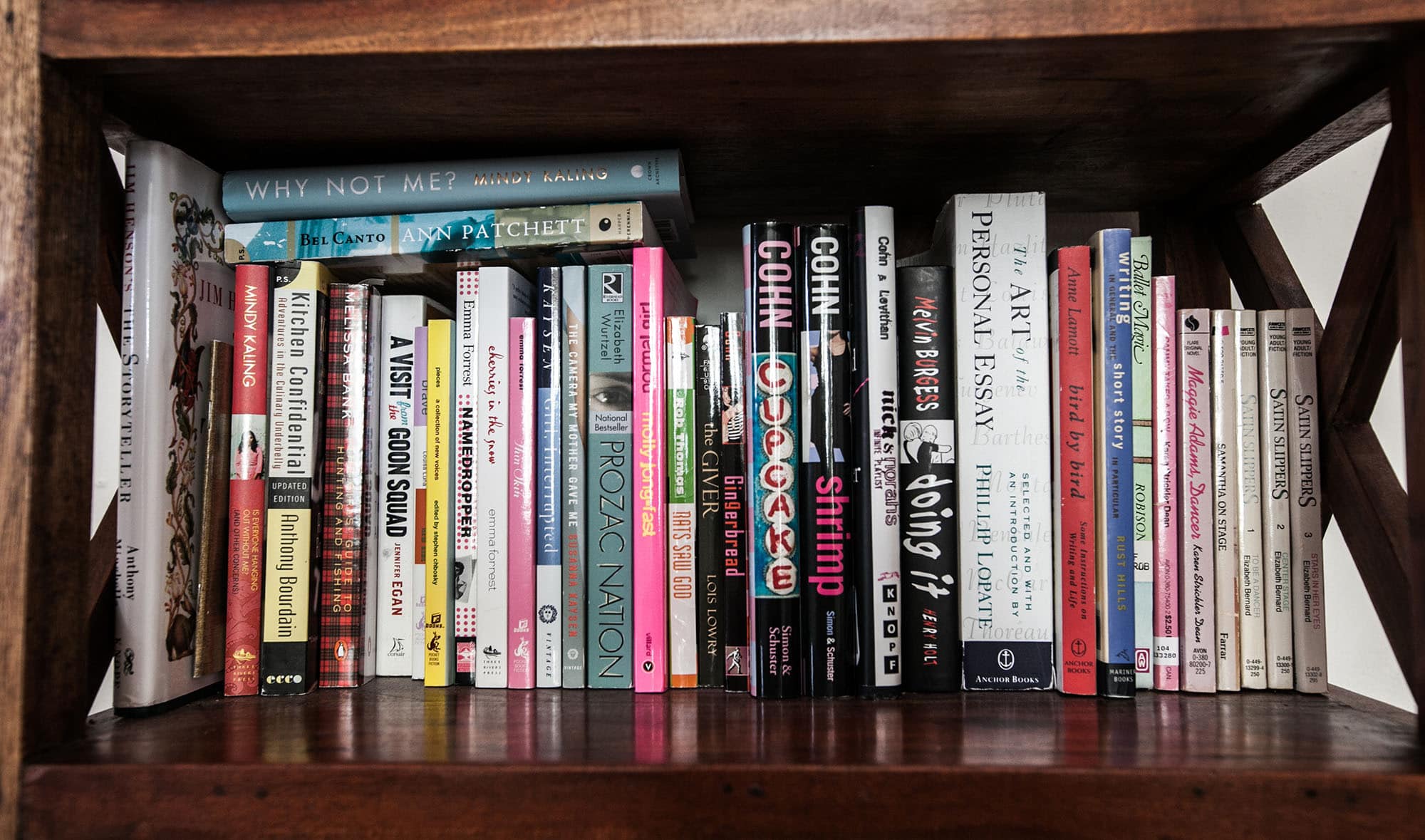 Also a wonderful TV show, I own the DVDs too.

Is Everyone Hanging Out Without Me? (And Other Concerns) by Mindy Kaling

Why Not Me? by Mindy Kaling

Kitchen Confidential: Adventures in the Culinary Underbelly by Anthony Bourdain

The Girls’ Guide to Hunting and Fishing by Melissa Bank

A Visit from the Goon Squad by Jennifer Egan

I got a copy from work in preparation for the opera we debuted in December.

Pieces: A Collection of New Voices edited by Stephen Chbosky

Cherries in the Snow by Emma Forrest

The Camera My Mother Gave Me by Susanna Kaysen

The Giver by Lois Lowry

Doing It by Melvin Burgess

The Art of the Personal Essay by Phillip Lopate

Some books I kept from grad school.

Bird by Bird: Some Instructions on Writing and Life by Anne Lamott

Writing in General and the Short Story in Particular by L. Rust Hills

Ballet books were my favorite books growing up.

To Be A Dancer (Satin Slippers #1) by Elizabeth Bernard

Stars in her Eyes (Satin Slippers #3) by Elizabeth Bernard 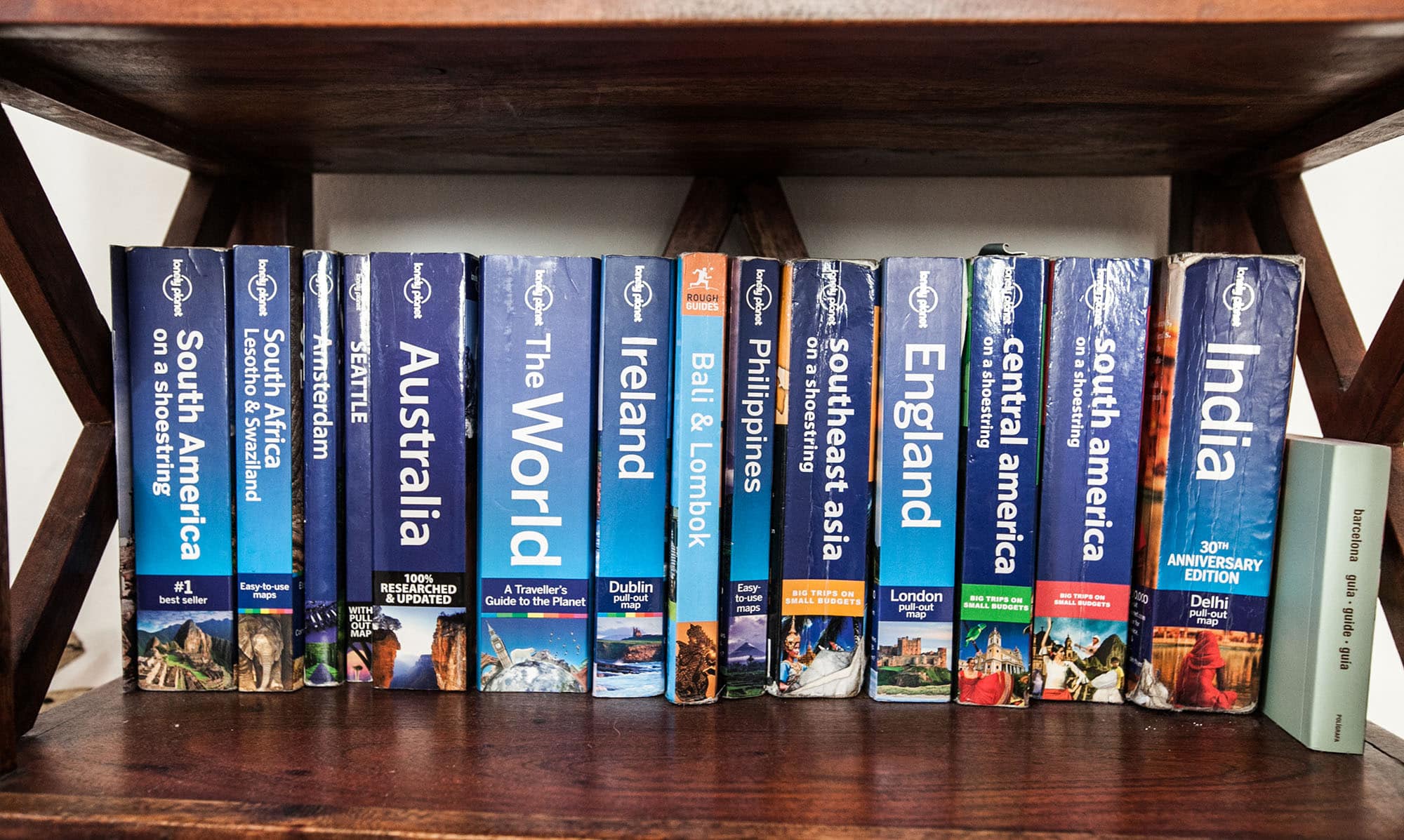 I haven’t yet been to South Africa, but I keep saying I’m going there next.

Australia is the only other guidebook I have for somewhere I haven’t yet been.

Lonely Planet The World: A Traveller’s Guide to the Planet

The Rough Guide to Bali and Lombok

I get used to the format, so I usually buy Lonely Planet. I couldn’t find one when I need one for Bali. So…

A gift from the woman whose AirBNB I stayed at in Barcelona. 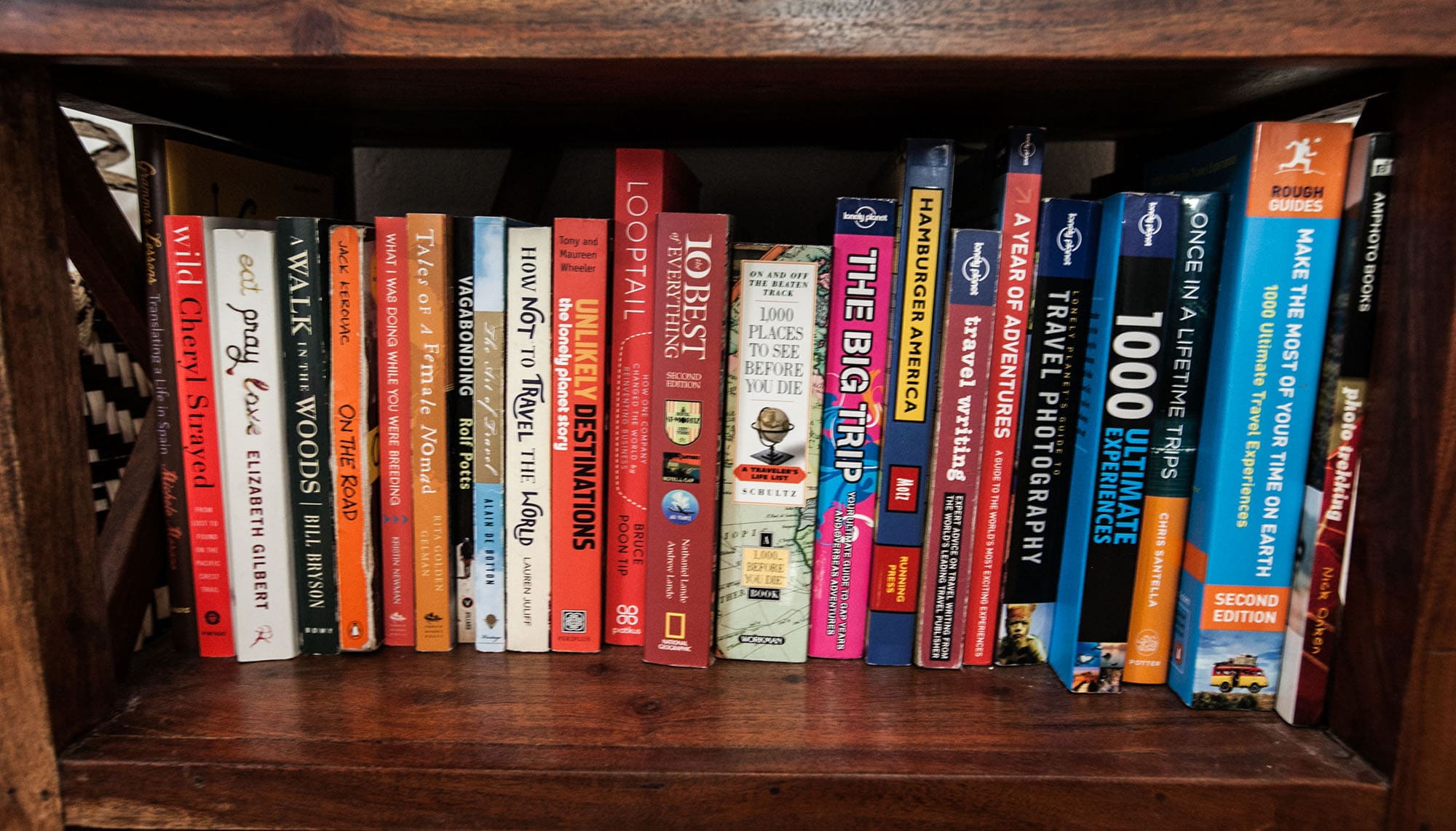 Grammar Lessons: Translating a Life in Spain by Michele Morano

Written by one of my professors in grad school.

Wild: From Lost to Found on the Pacific Crest Trail by Cheryl Strayed

A Walk in the Woods: Rediscovering America on the Appalachian Trail by Bill Bryson

On the Road by Jack Kerouac

What I Was Doing While You Were Breeding by Kristin Newman

Tales of a Female Nomad by Rita Golden Gelman

Vagabonding: An Uncommon Guide to the Art of Long-Term World Travel by Rolf Potts

The Art of Travel by Alain De Botton

How Not to Travel the World by Lauren Juliff

Looptail: How One Company Changed the World by Reinventing Business by Bruce Poon Tip

The 10 Best of Everything: An Ultimate Guide for Travelers

I read a lot of books in preparation for my travels…

1,000 Places to See Before You Die by Patricia Schultz

The Big Trip: Your Ultimate Guide to Gap Years and Overseas Adventures

A Year of Adventures by Andrew Bain

Once in a Lifetime Trips: The World’s 50 Most Extraordinary and Memorable Travel Experiences

Make The Most Of Your Time On Earth

Photo Trekking: A Traveling Photographer’s Guide to Capturing Moments Around the World 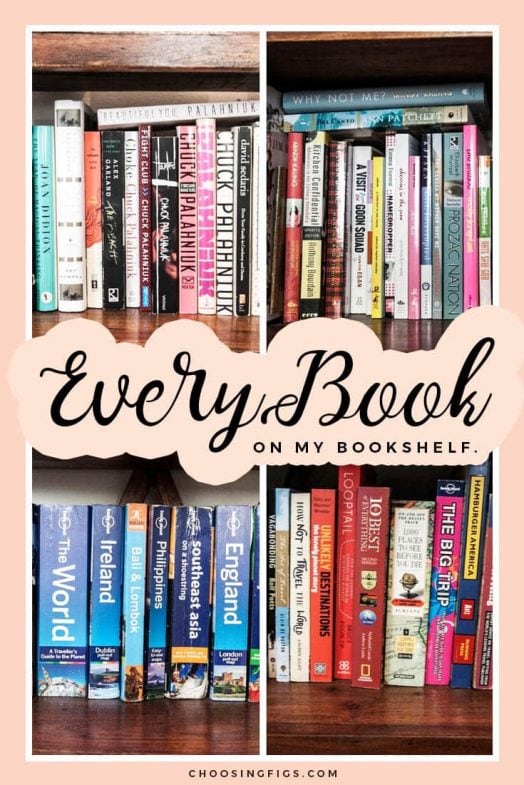 Every book on my bookshelf. 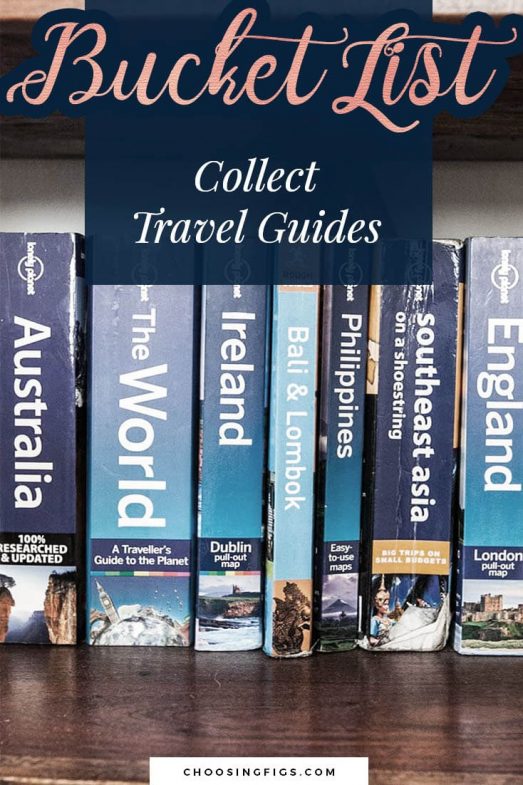 What's on your bookshelf?