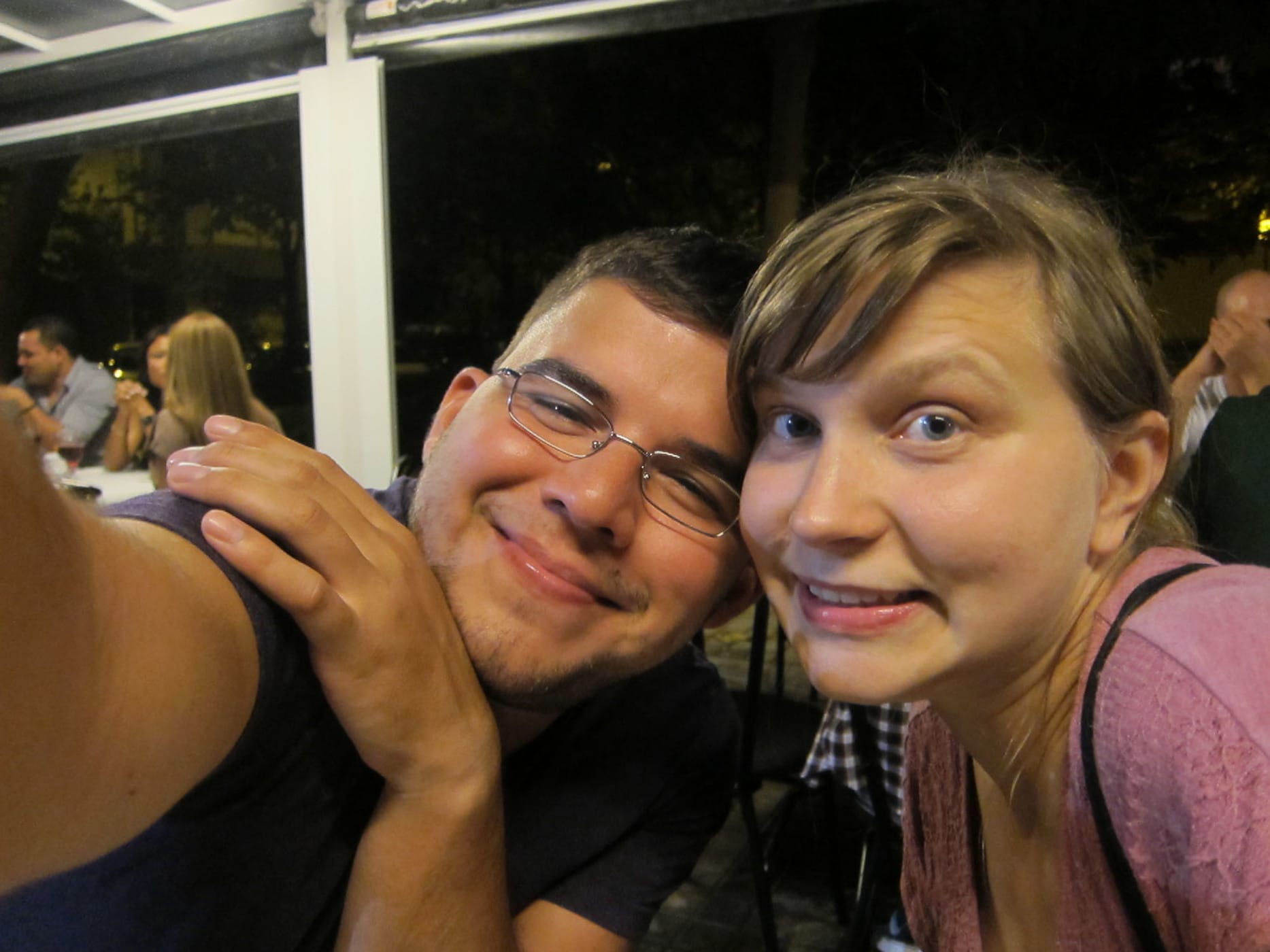 I leave on March 5, flying from Bangkok to New Delhi.

I applied for my Indian visa here in Bangkok and it took six working days (so over seven days total) to get back my passport. It was a nerve-wracking week because I had heard stories that it was hard for Americans to get it done here. I was nervous I’d get it back with a big red rejection letter. Though, in the end, the whole process ended up being pretty simple and half the people at the embassy looked to be foreigners.

India wasn’t in the plan when I left. It seemed too daunting and exhausting of a place. But a few months ago Jaime was talking about going and trying to convince me that I should come too. At first I rejected him, laughed off the idea.

But then I thought, why not?

And it was the perfect opportunity, I could go to India but not have to tackle the country on my own. I could have a good friend who I know I travel well with. And, though love solo travel, it would be nice to be with someone for a while. 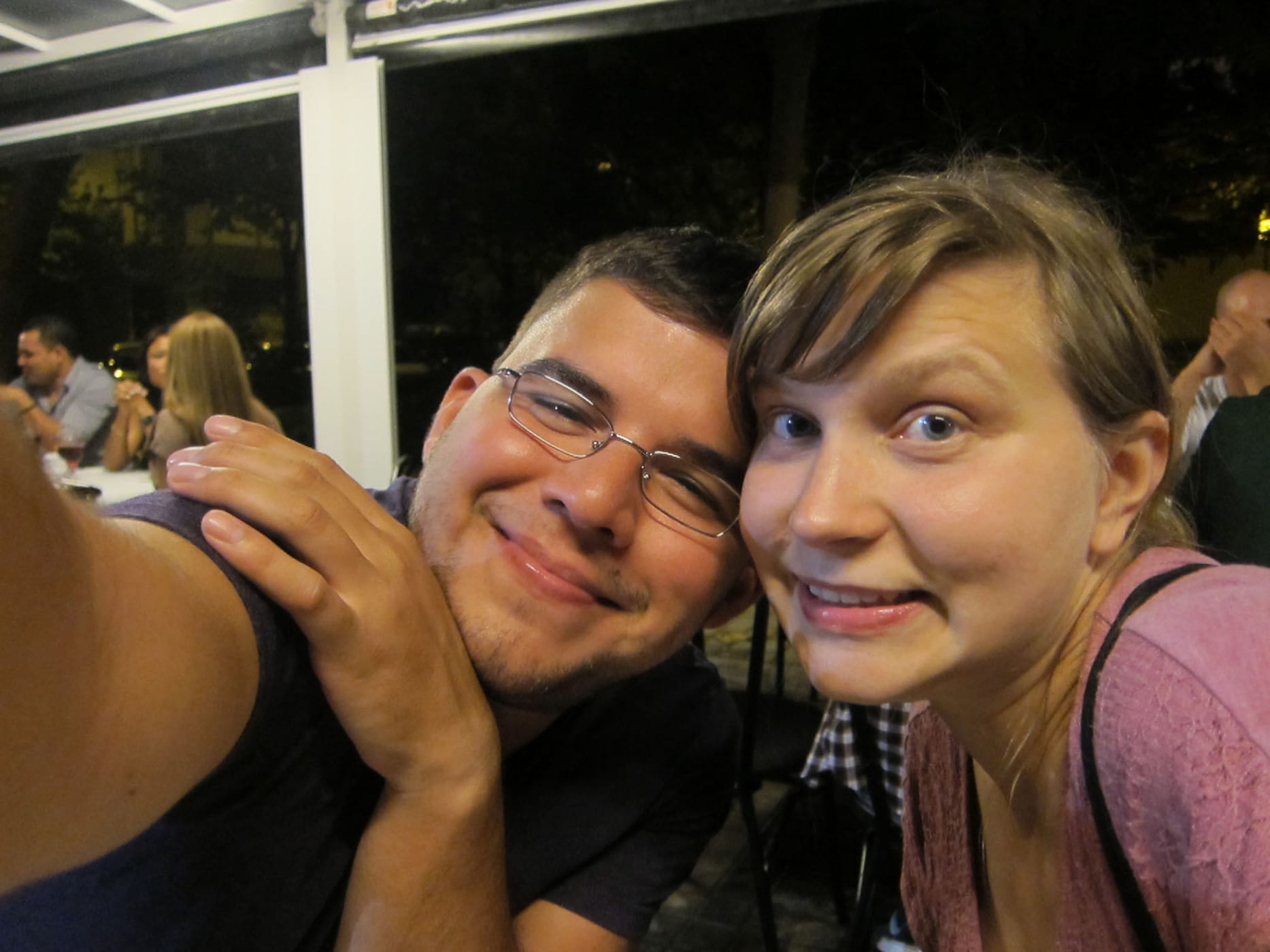 Me and Jaime at dinner in Valencia, Spain. I am so excited to see him again!

After India, though, I’m not sure where I will end up.

My original plan was to return to the U.S. at the end of May and then spend the summer road tripping. I still want to do that, as road tripping has been my favorite way to travel for a long time. But it’s expensive, and I haven’t put in nearly the effort into planning or boosting my road trip website that I would have liked. I have such big plans for it that I don’t want to go in half-heartedly. I think I need more time to plan and prepare. And more money.

Of course, if I don’t go, there will be things I’ll miss out on. I had plans to go to TBEX, to compete in a hot dog eating contest, to run a 5k obstacle course. I’ll miss doing them all. But all of those can be done next summer. I suppose.

I’ve had so many ideas of where I want to go next floating around inside of my head.

I want to learn Spanish and have been thinking of going to maybe Argentina or someplace else in South America for a bit to study. Or maybe back to Spain.

I want to go back to Turkey with Jaime after India. Because I loved Istanbul and want to see the beaches and the amazing friends I had there.

I want to go to Australia. To see a guy. Who I only met for one night. Over a month ago. But who I liked and want to see if anything is there with. To take a chance even though I’m terribly afraid of getting hurt. And because Australia has always been a place I’ve wanted to explore. But it is ridiculously cost prohibitive. A flight home from there is almost $2,000.

And then there is the issue of money. That is dwindling down way faster than it should. Because I spent too much in the first months when I didn’t think I would make it. And because I’m not too careful with it now because I just want to enjoy life. For once.

I’m not sure where I’ll end up. But I still have some time to decide. I suppose. In the mean time I am looking forward to this next phase of this trip. The “pray” in this unintentional “eat, drink, pray” of a trip. To the culture and atmosphere. To pushing my limits. And to not being alone for a little while.