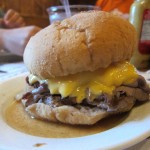 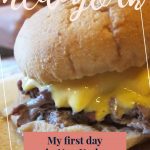 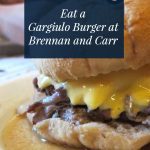 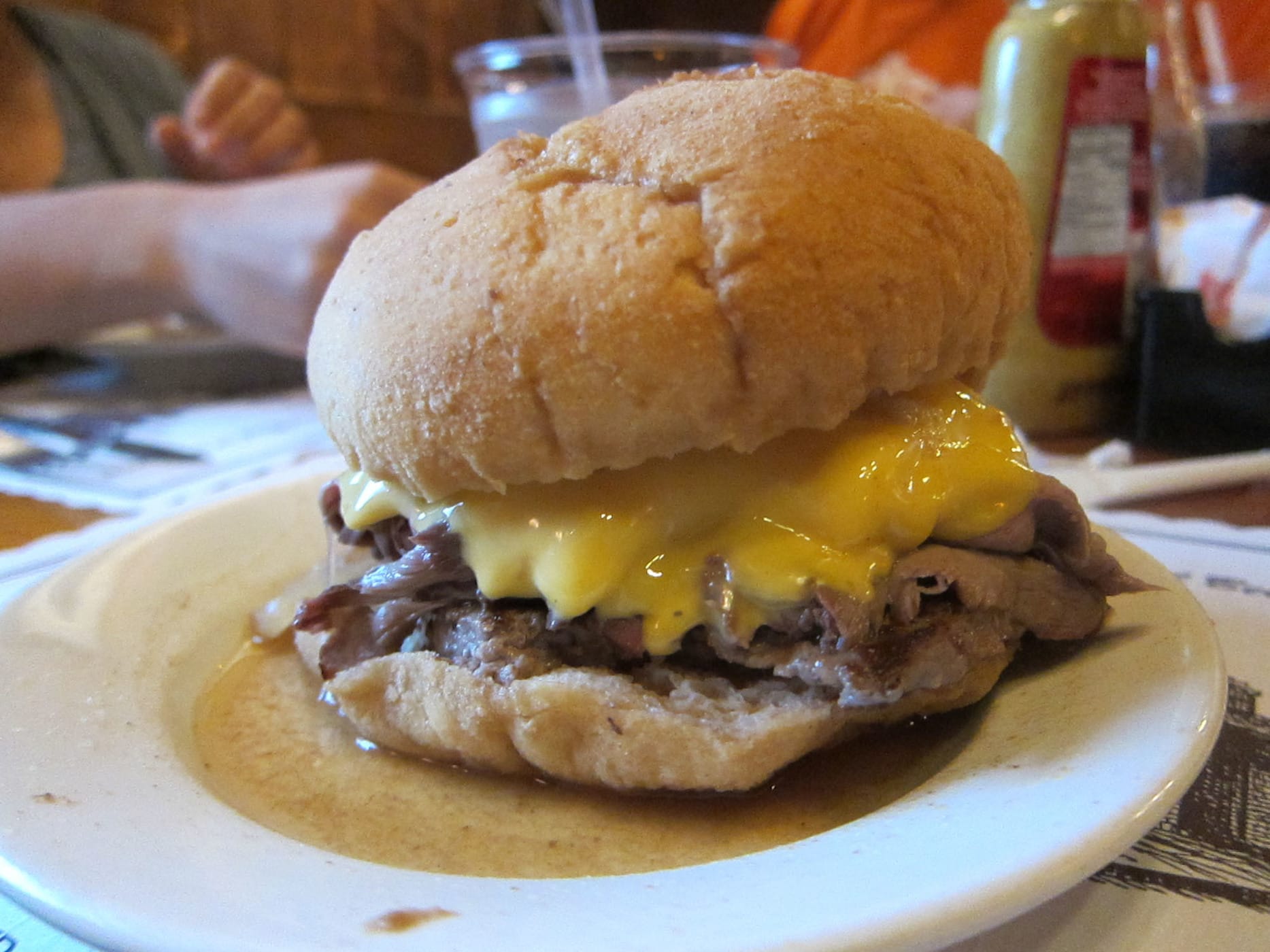 My first day in New York, getting Gargiulo Burgers at Brennan and Carr.

When I arrived in New York on Sunday, after an hour-delayed-due-to-thunder-in-New-York flight, I had to make my first important decision: do I take a cab like I normally would do or pay much less but take an hour longer with a bus and two trains. I decided that, on my first day out, while everything was still in English, I couldn’t set a bad precedent.

I managed to find my way fine, despite getting on the wrong train once (a feat that I repeated twice yesterday, this is going to be a long year.)

But I eventually found my way to Brooklyn, to Rob and Amber‘s, who graciously offered up their inflatable mattress to me after seeing my crying on Twitter that every hotel in New York City was way too expensive. The internet is a wonderful thing.

We went to dinner that night and got Gargiulo Burgers at Brennan and Carr: a Man vs. Food delicacy that consisted of a hamburger topped with roast beef, covered in cheese and onions on a dipped bun. 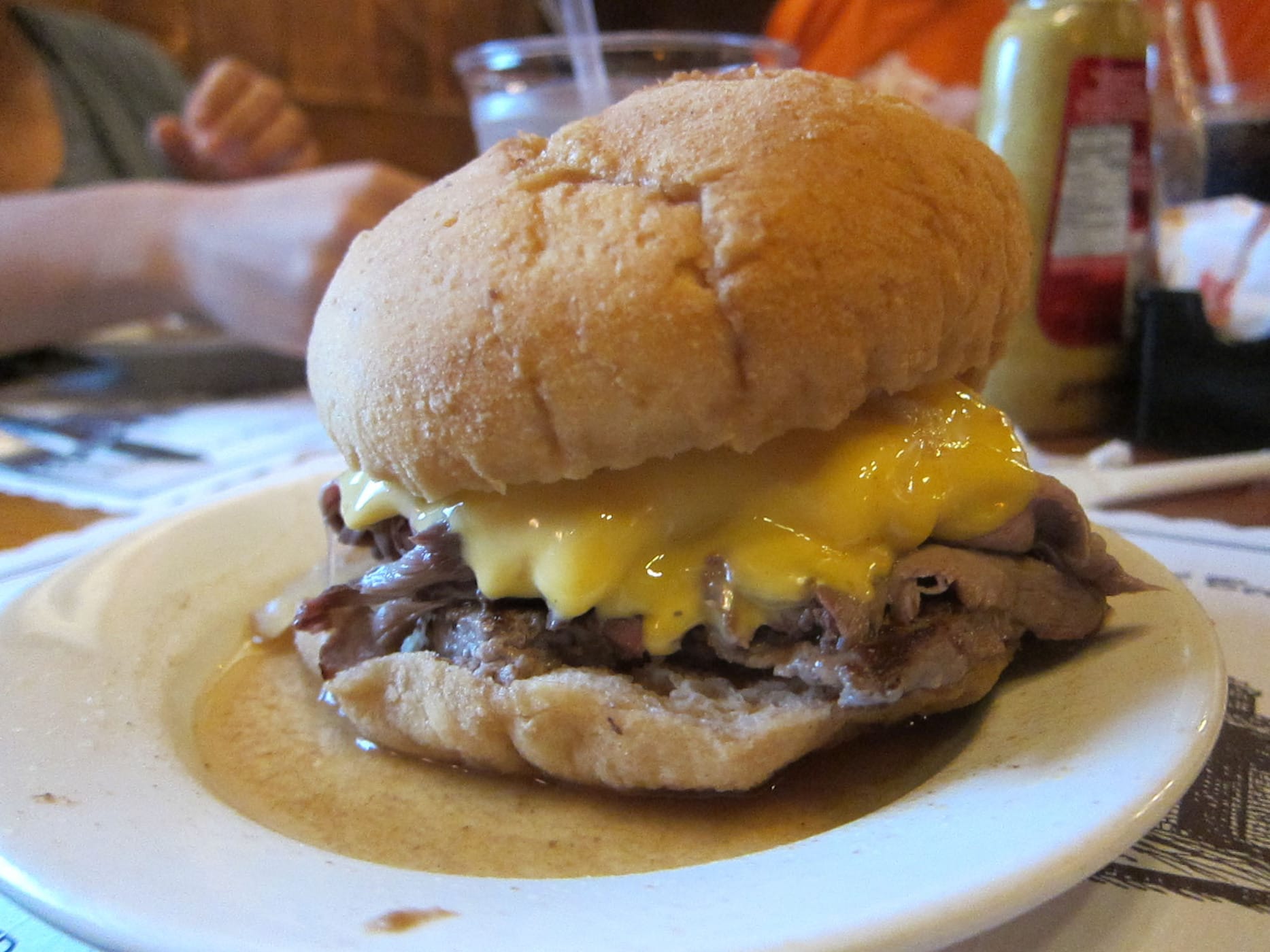 America, I will miss you. 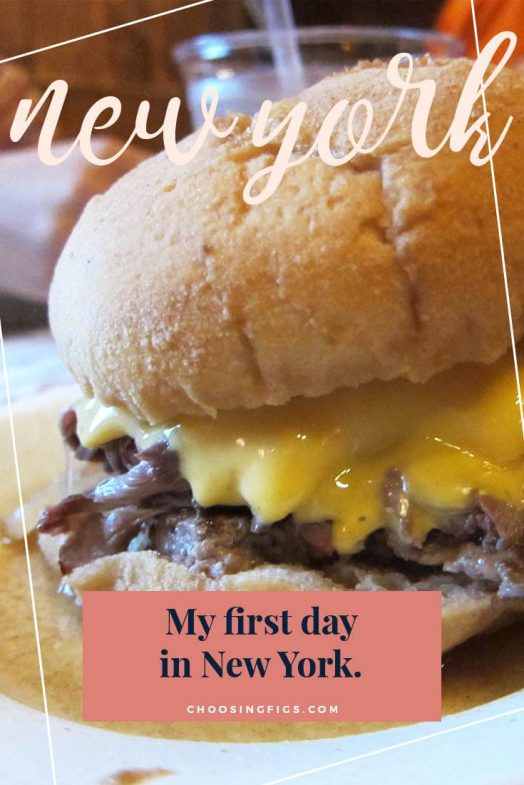 Day one. My first day in New York, getting Gargiulo Burgers at Brennan and Carr. 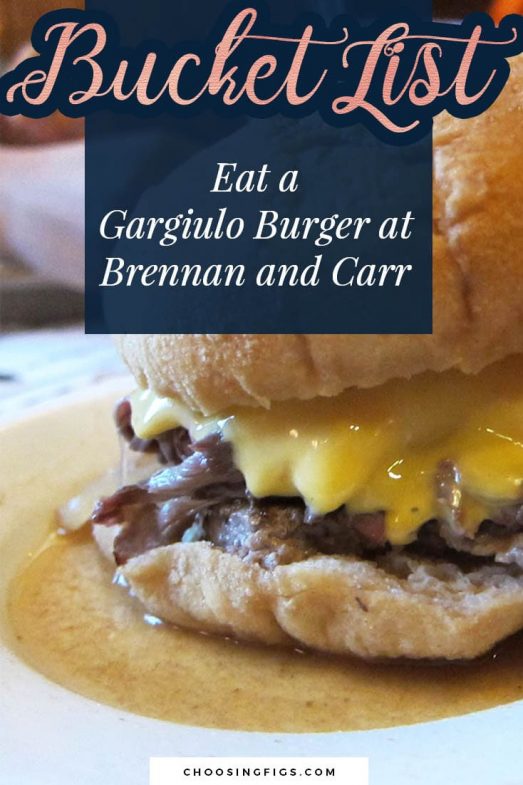 in New York, North America, Round the World, travel, United States
by Val Bromann
All my bags are packed I’m ready to go…

All my bags are packed I’m ready to go…