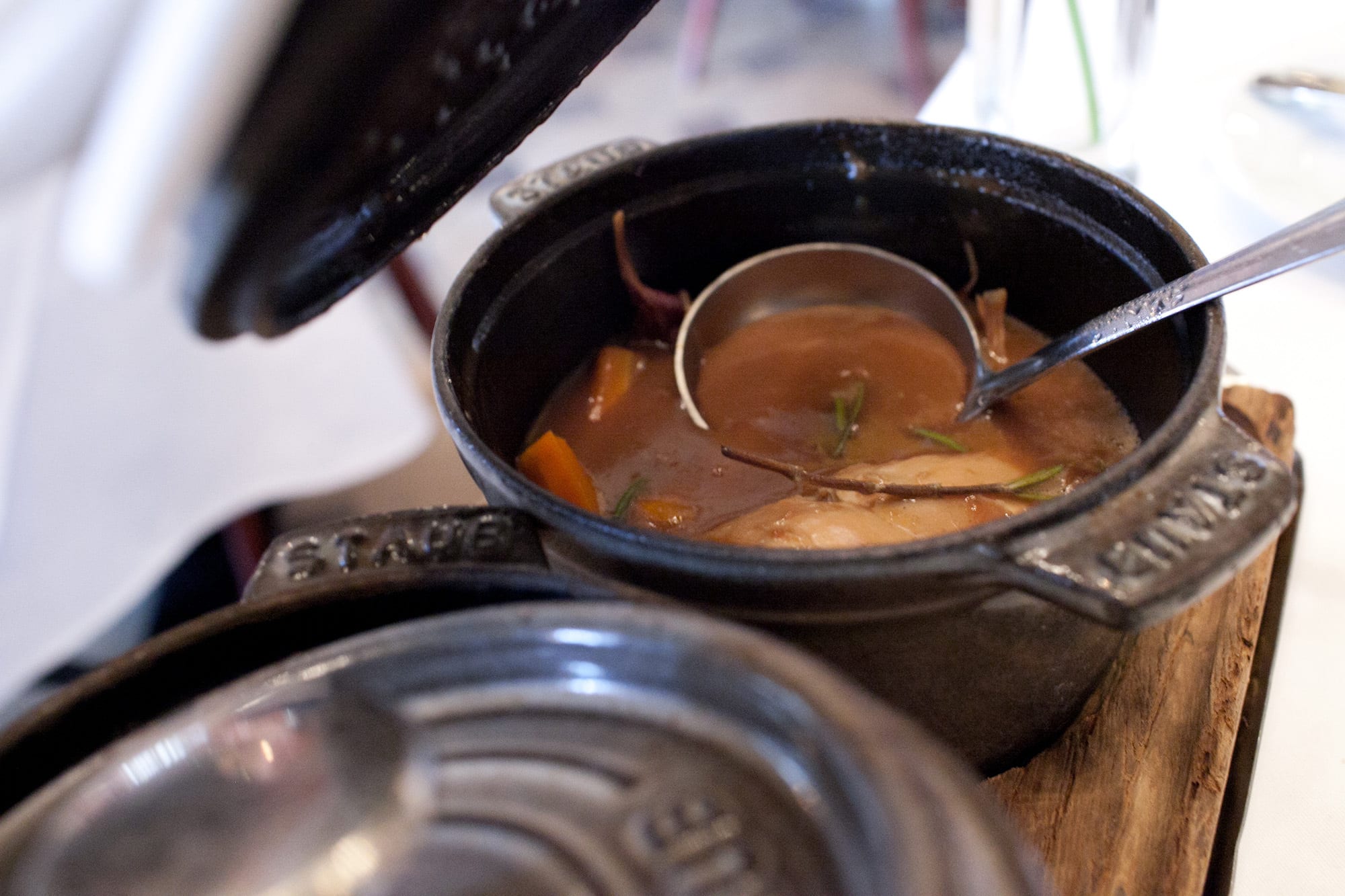 There are a lot of choices to be made when traveling.

I once read an article about the business behind Trader Joe’s. Basically they were able to deliver a high quality customer experience by limiting the amount of products they sold. Unlike a regular grocery store that might offer 20 different types of spaghetti, they offer one. And you buy that one and are OK with it. The philosophy is that people can get overwhelmed when they have too many choices and will always have buyers remorse.

Back in Chicago I would go to Trader Joe’s about 3 times a week.

Wednesday night was the last night I had booked in Krakow. I was half way between the hostel and the train station, ready to buy a ticket to Budapest for the next day, when I turned around.

I didn’t want to go to Budapest.

So I turned around. And I booked myself for three more nights in a new hostel (that is so pretty and has working wi fi and showers that don’t smell). And I decided to buy a plane ticket to Brussels. Brussels was no where in the plan but is somewhere I’ve wanted to go to. And they have french fries and waffles. And lambics. And then from there I can go to Paris and eat croissants and crepes and snails and spend my whole day picnicking under the Eiffel Tower and finally see the Mona Lisa.

I think I am OK with this decision. It’s harder than it seems to be faced with the question of “where do you want to go?” when the answer could, almost literally, be anywhere.

That night I took myself out to dinner. I was debating between going somewhere for pierogi and somewhere for sushi (which seems way more popular in Poland than you might think), but then I saw something on a menu that I wanted to try so I walked in and asked for a table for one (a feat, mind you, that I am getting much better at).

I ordered a glass of house white wine, because most of the wines were only sold by the bottle. And I ordered the rabbit with gnocchi. Because that sounded amazing. And I’ve never had rabbit before. And there’s a first time for everything. 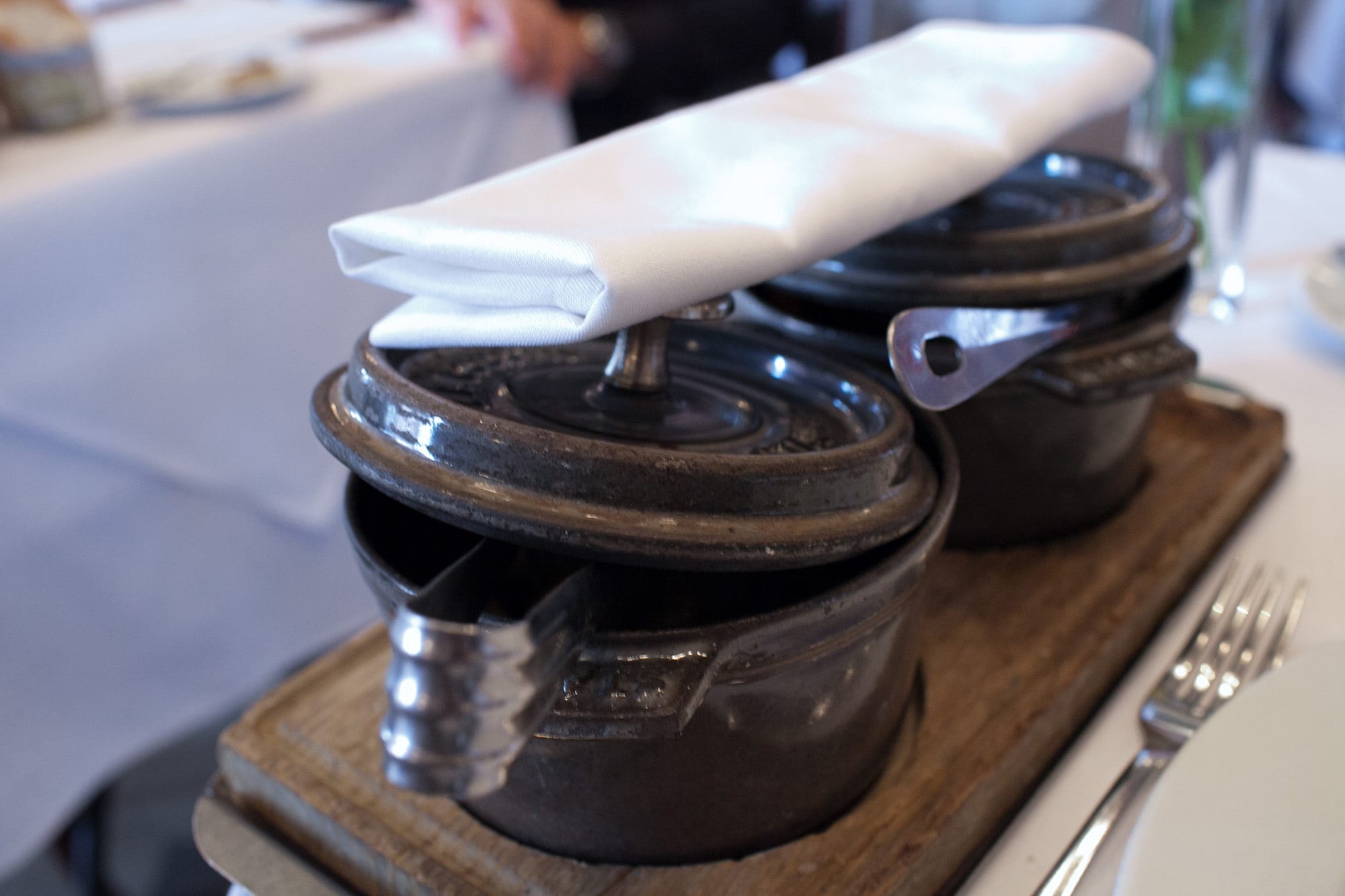 The man who was at the table next to me, who was also dining alone, asked the waitress what my dish was, because it came in two piping hot cast iron kettles that shielded what was inside. She told him it was rabbit, and he was sad because he has a pet rabbit at home. 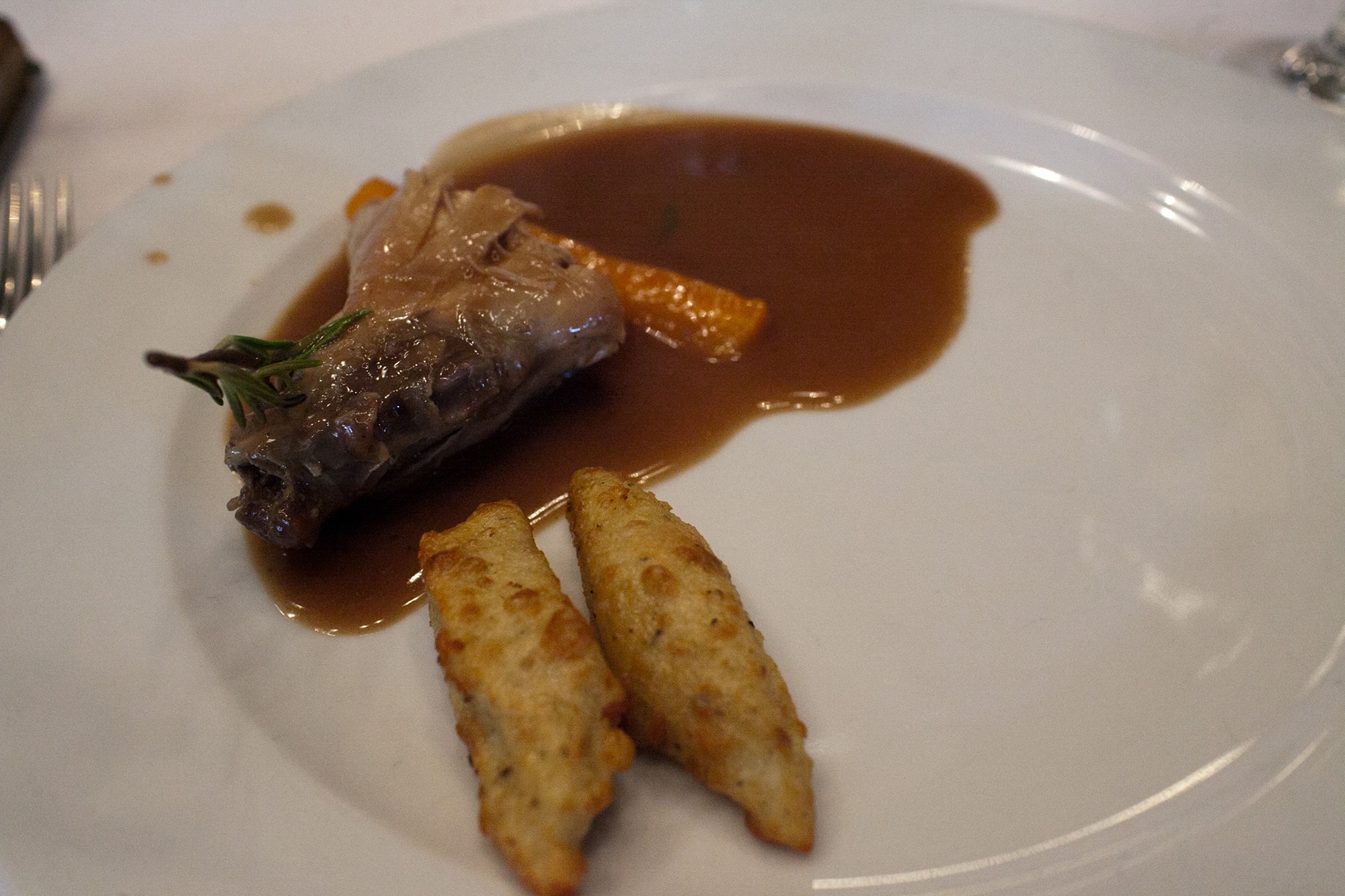 We talked a little throughout the meal, he was Dutch and married, with children, and was just in town for business. He ordered small bottles of wine and an appetizer and main course and dessert. I wish I could order like that but, as much as I am dropping money on food here, I have to show restraint and, for the most part, stick with just one course or else I’ll really be forced to go home in a month. 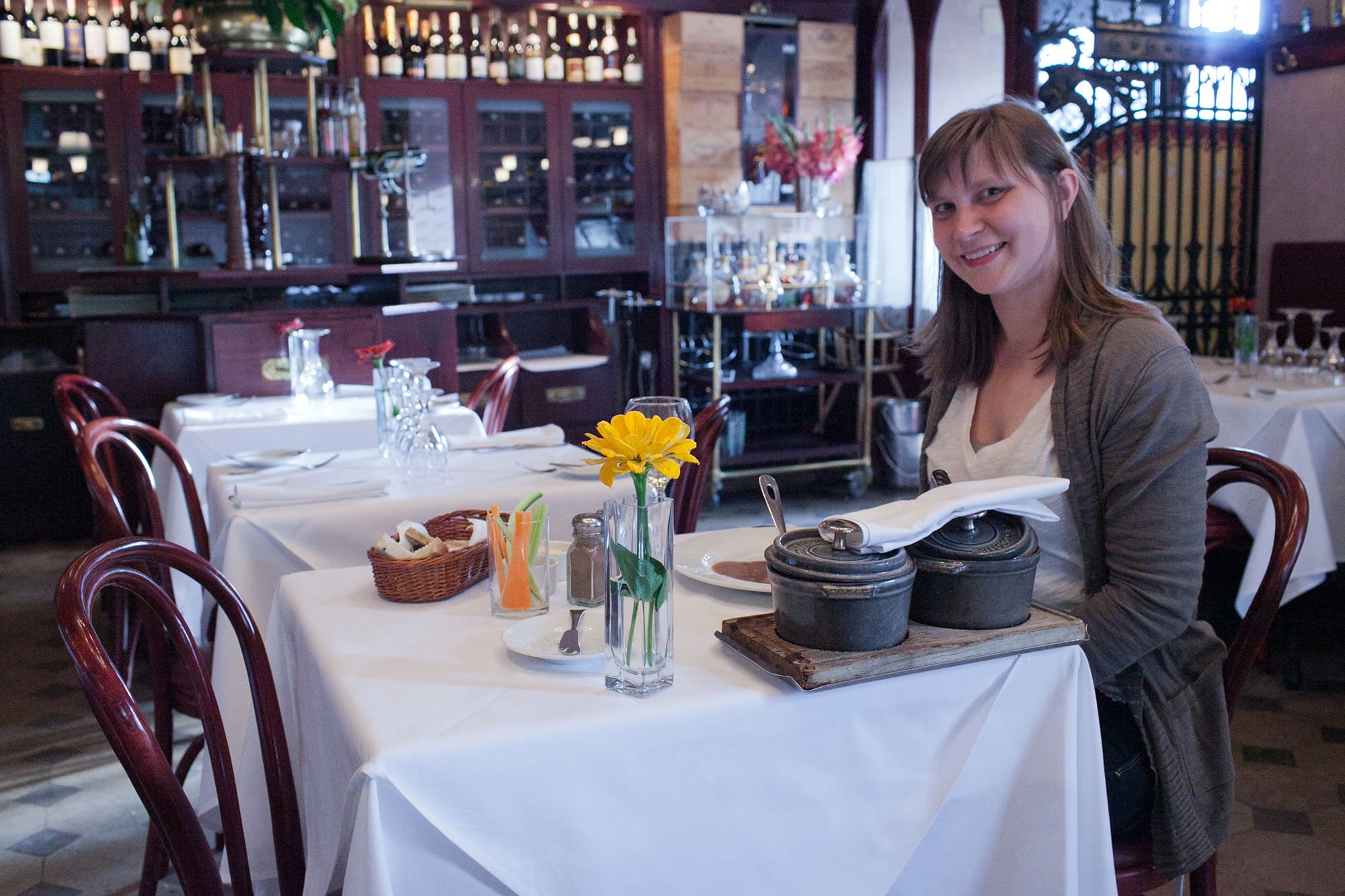 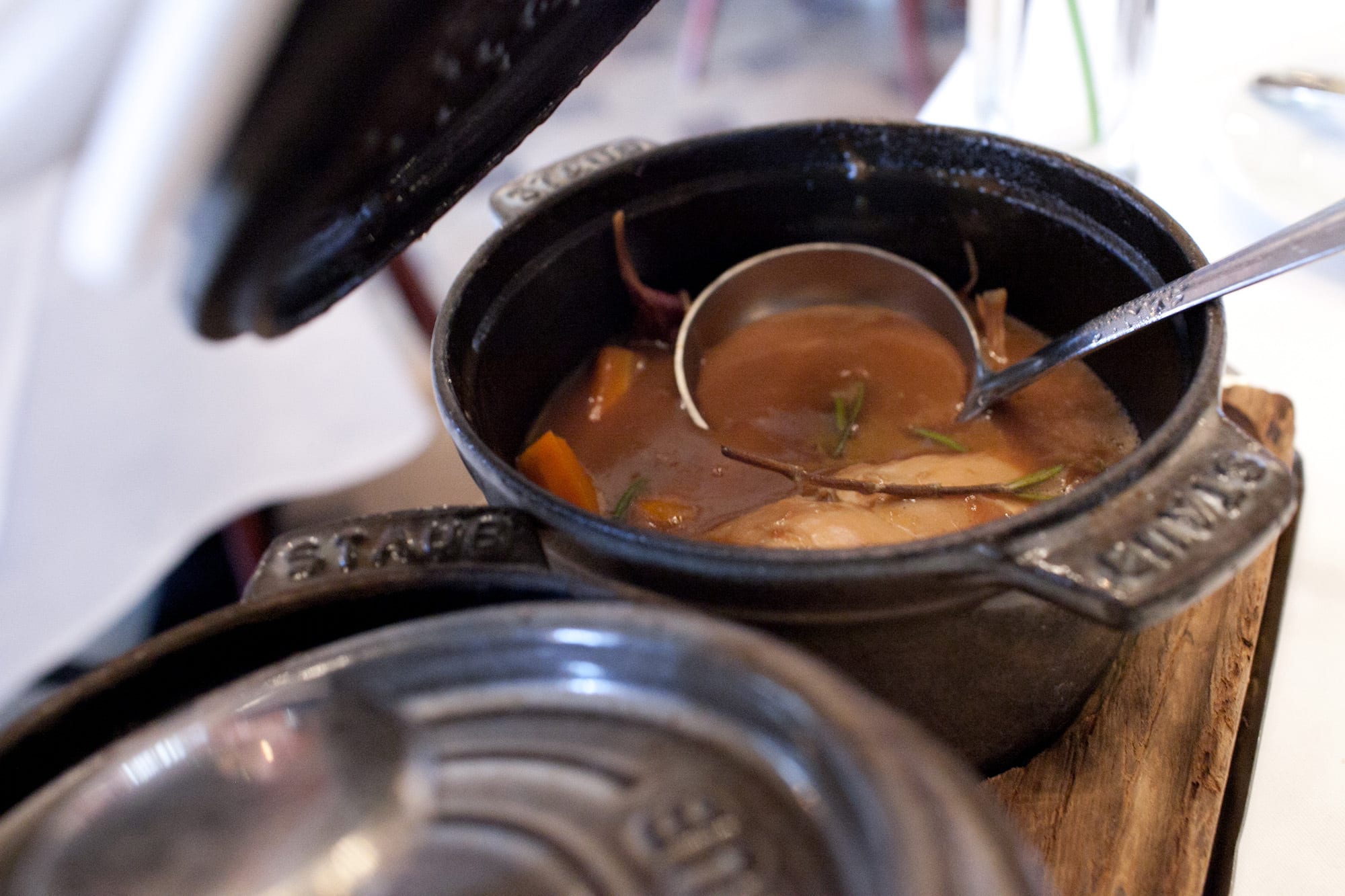 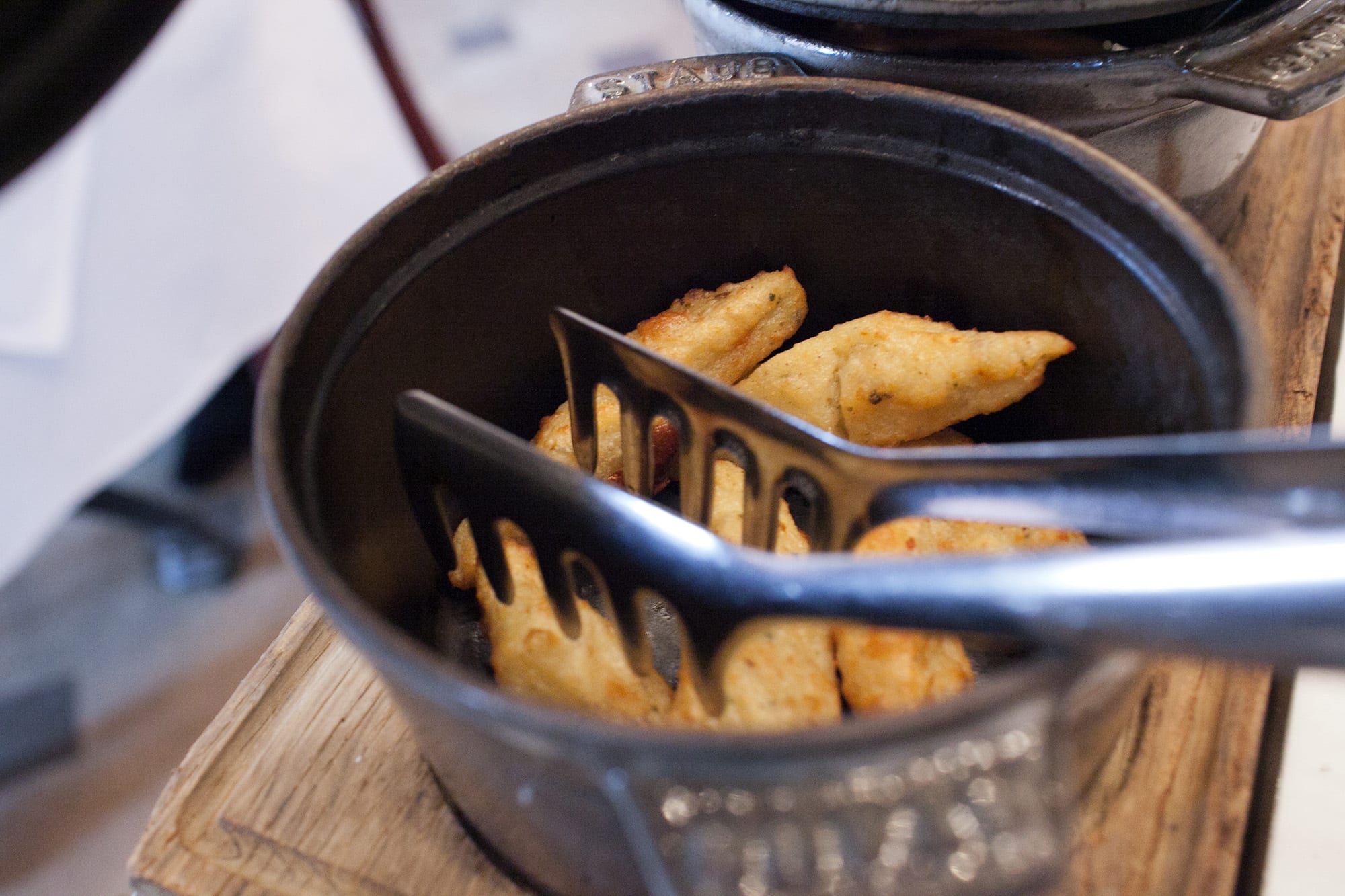 When the waitress came to take my empty plate I told her I would just like the check, but the man next to me insisted that the dessert he had, a duo of raspberry and lemon gelatos, was just so perfect that I had to have one. So he insisted on buying one for me. 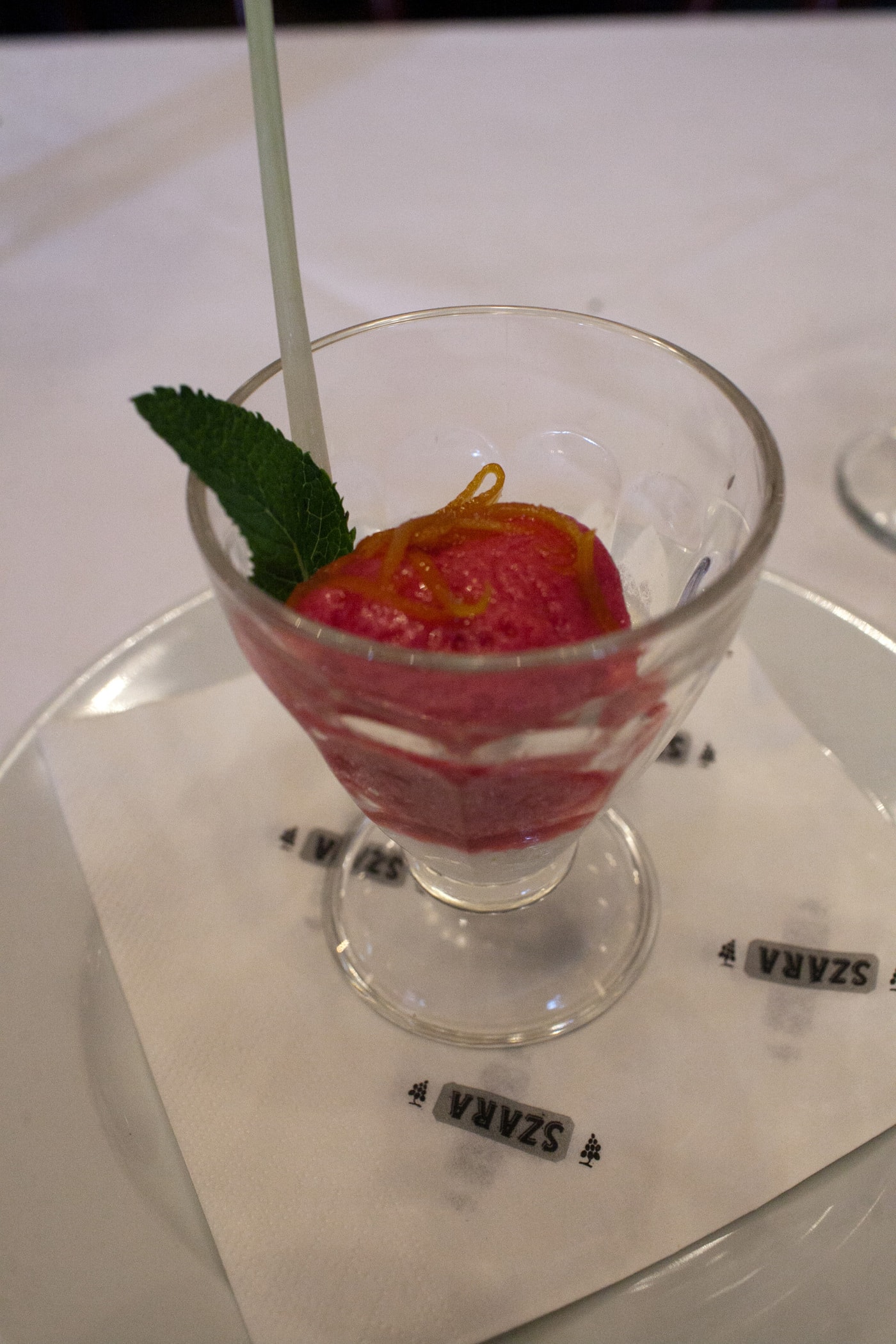 And it was a pretty perfect dessert. And at least one choice I didn’t have to make for myself.