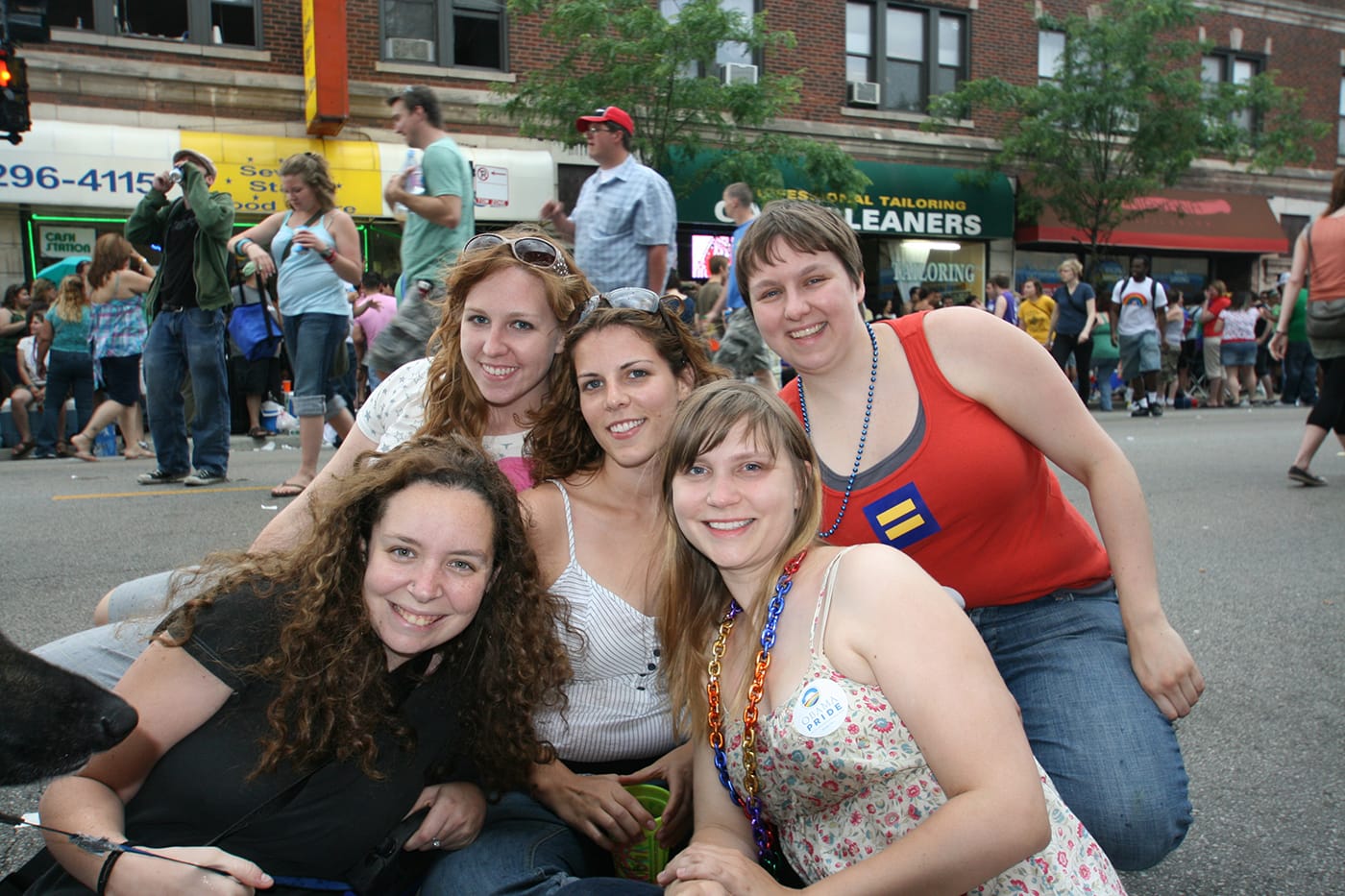 Sunday Em (who, by the way, is not my girlfriend) and I woke up early (in separate beds mind you) and hit up the Jewel for snacks before parking ourselves on a bench until the pride parade. I point out that she’s not my girlfriend because apparently everyone there thought she was. And it probably doesn’t help here that many of my entries end with “then we went to bed”…but that’s just because I’m a mooch who should probably start paying her couch and/or air mattress and/or arm chair rent… 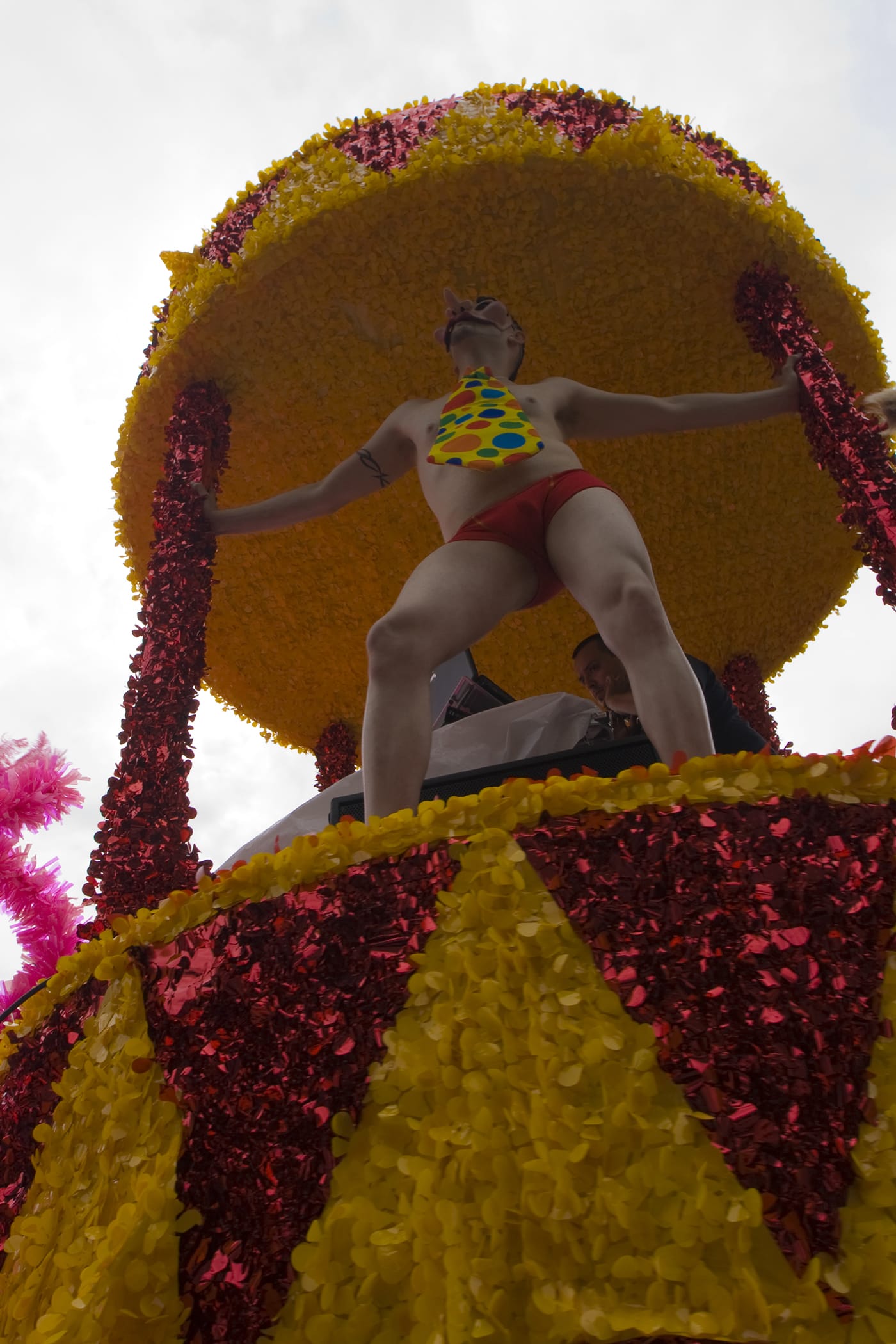 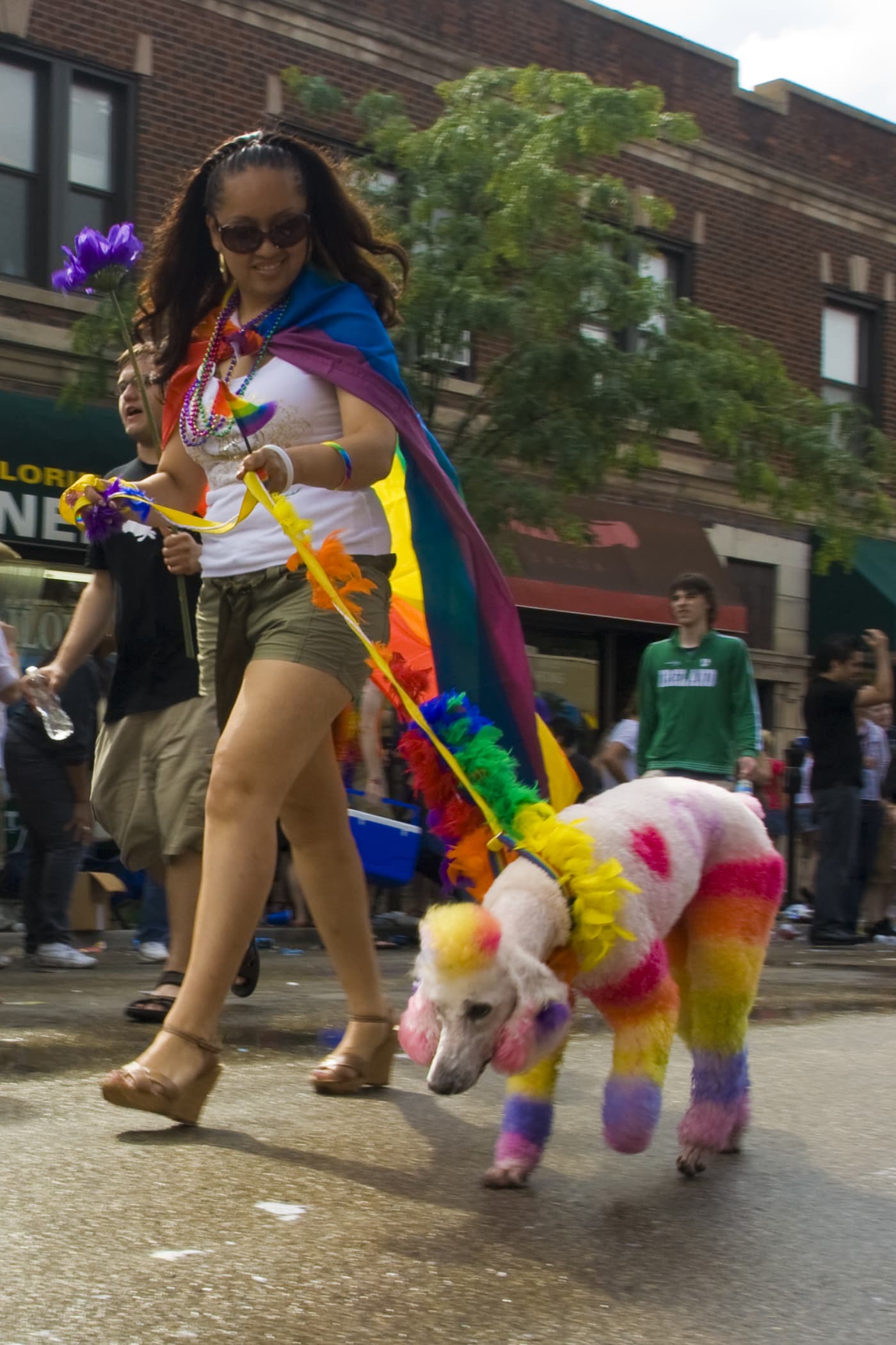 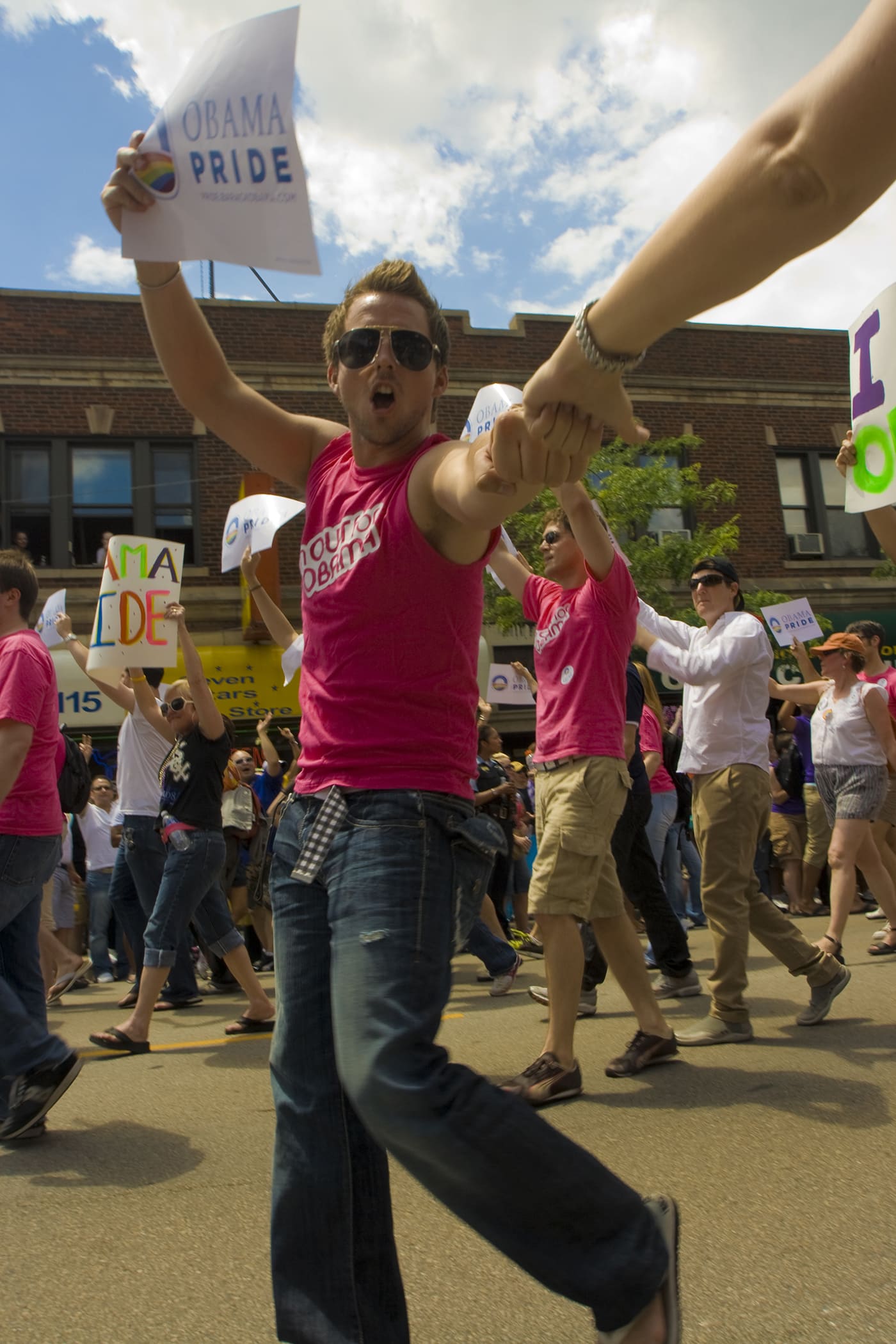 So yesterday was the Chicago Pride Parade which was awesome in that way that pride parades are. A celebration of hope for equality, acceptance, love, pride, humanity, people.

Emily and I got there a couple of hours early to claim a bench and snacked on vanilla cupcakes and Cherry Coke Zero. Em used the $10 I hid in her purse to pay for groceries to buy us rainbow chains and “chained” me. Yeah… Eventually others joined us, including Julie and Heather and Layla and JenPlec and Andrew and Ian. 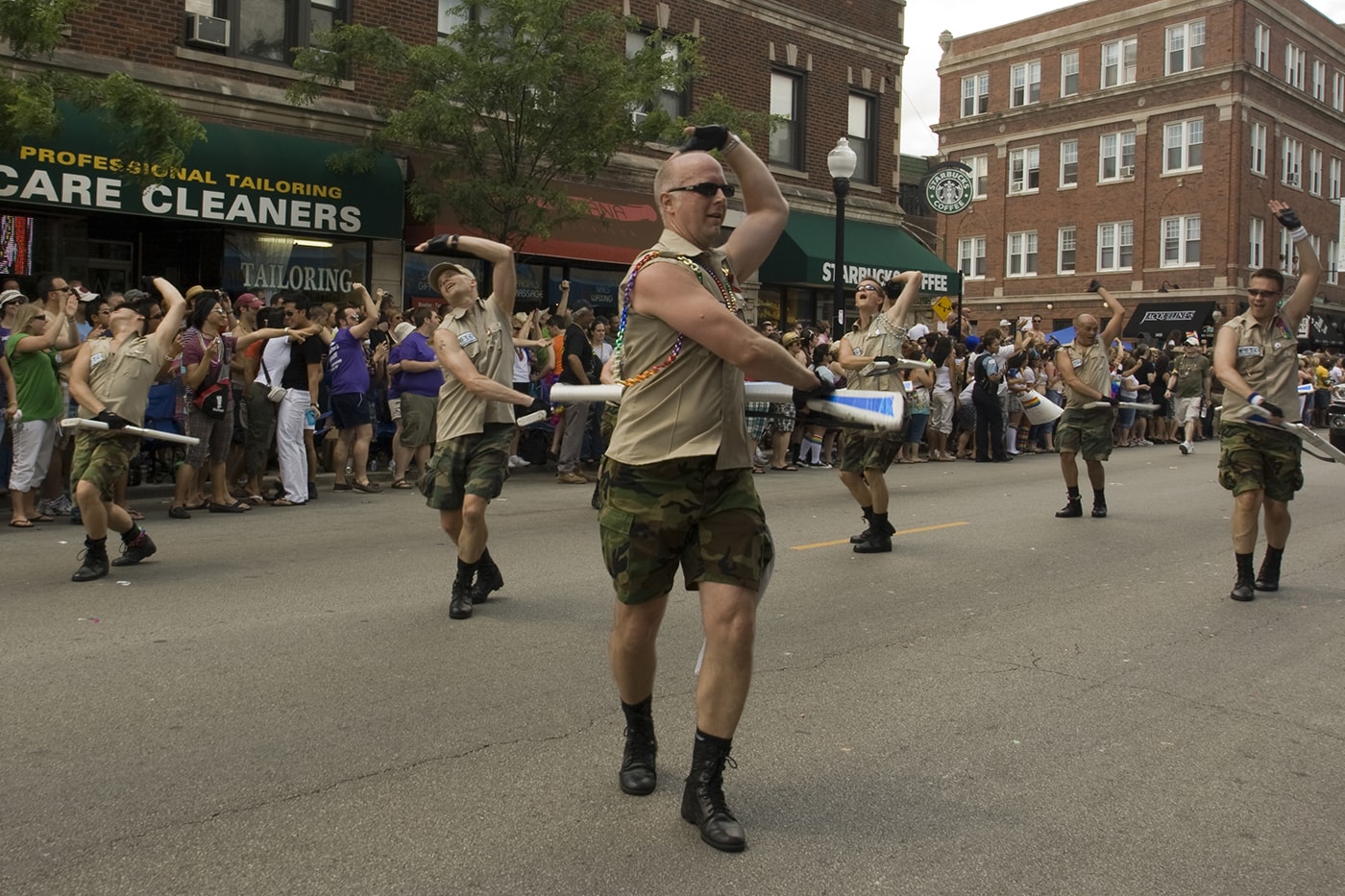 The parade half rocked my socks and half soaked my socks. It started raining pretty hard a few times, which caused some delays (not to mention people apparently falling off of floats…). At one point we combined the forces of our small umbrella with a nearby groups bigger umbrella (with a super tall guy holding it) and made fast friends with some new awesome people. 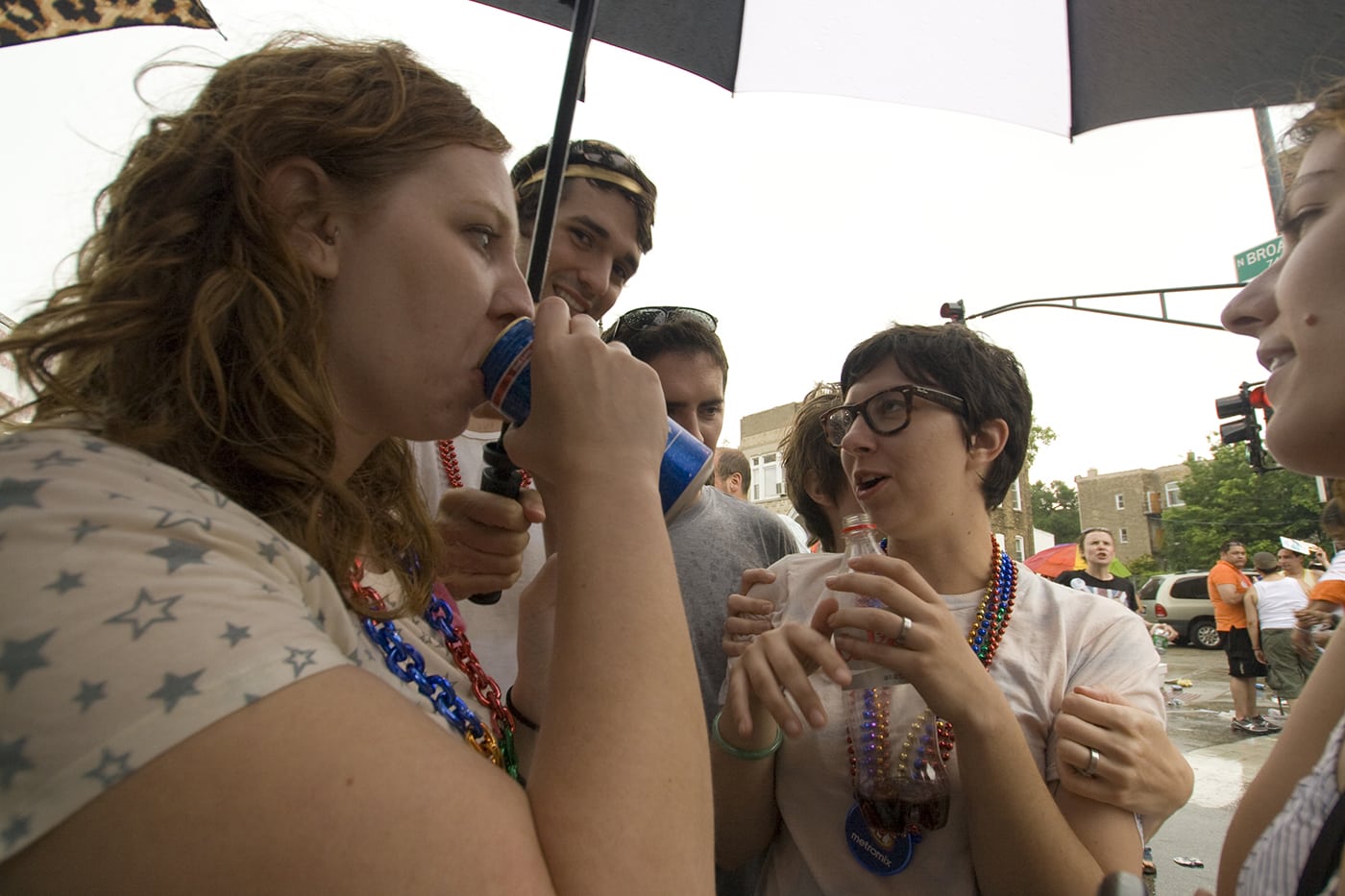 Emily kept telling everyone I was bi for some reason (for the record, I like men but am fully supportive of anyone liking whatever gender they happen to like or not like). I was told it was OK I was straight by a gay man because he “doesn’t like vagina either.” Everyone tried to help protect my camera from the elements. One of the guys (I am so bad with remembering names…I think half of them were named Mike though) seemed not to care about getting wet himself as long as his chicken nugget stayed under the umbrella (priorities people). I was told I have really pretty hair 🙂

After the parade we headed back to Emily’s, ordered (unfree) burritos and watched the beginning of the White Sox game (GO SOX!) Ian was an ass as usual and started trouble for me by texting someone we all are pretty sure has a crush on me that I said hi when I totally didn’t. What is this, third grade?

in Chicago events
by Val Bromann

June: The Game of Life

In a week I leave for a long Fourth of July weekend in New York. If you know me at...