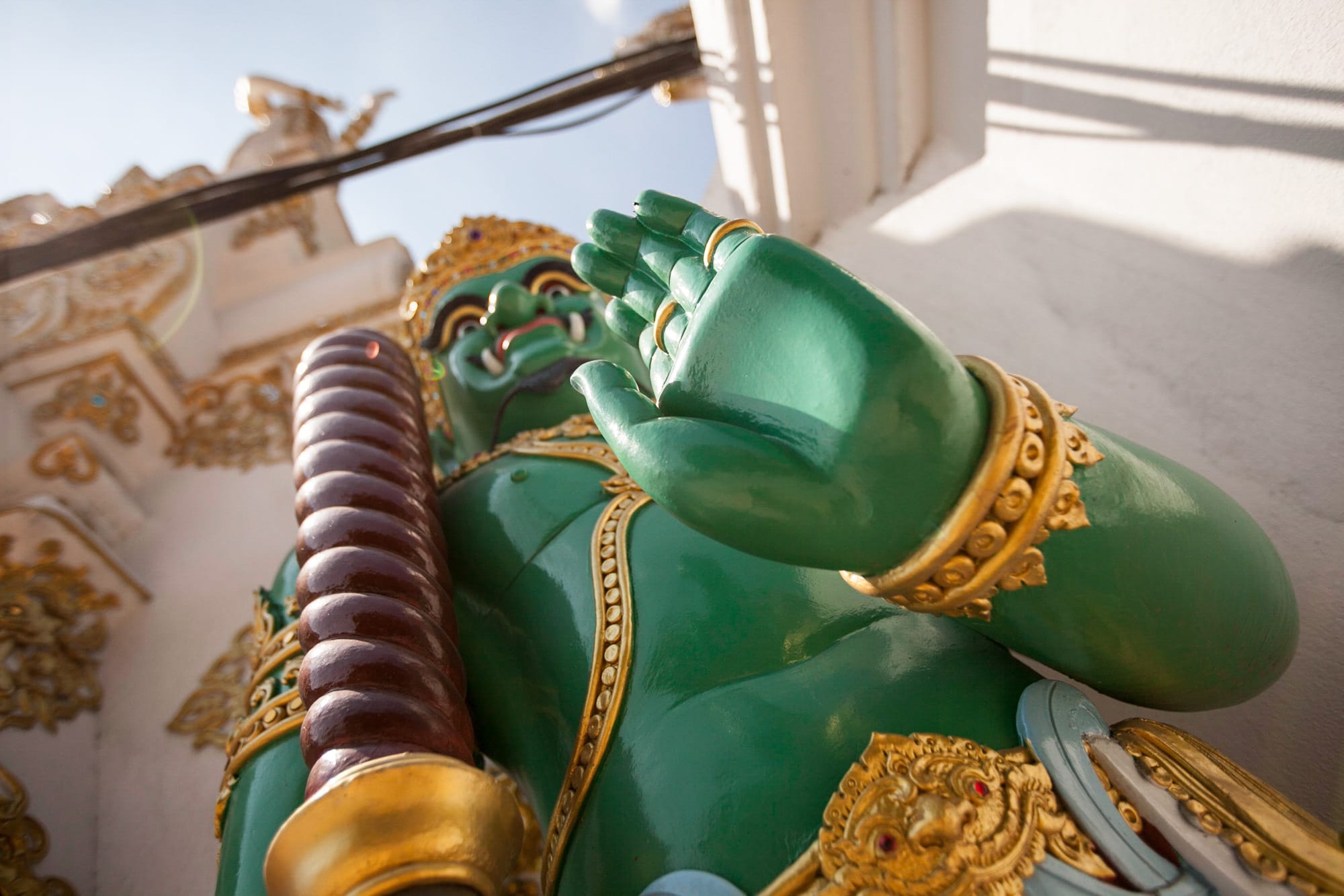 Chiang Mai & the eternal question: can you go home again?

If you walk about a block from my hostel in Chiang Mai, Thailand, and then turn right and walk another two blocks, past the woman selling fried chicken and meat on a stick from a cart, you’ll find the closest 7-Eleven.

If you turn left at the sleeping dog, right at the temple, walk a few blocks, turn left again, walk another block or two more, you’ll find my favorite spot to get khao soi for lunch.

Before you get there, across the street and a few doors down, there’s a good place for a massage and a couple of funky boutiques. If they’re open on that particular day, that is, but there doesn’t seem to be a set schedule.

Or, from there, you can turn left and walk a few blocks to find a good place for duck and wonton soup. And a little ways further, more khao soi.

I couldn’t tell you the street names I walked down and the names of the temples I passed all blur together, but my feet knew on instinct how to get everywhere I needed to go in Old City Chiang Mai, Thailand. Or, at least, get to where I wanted to eat.

When I checked into my hostel, on my vacation last year, the cute young Thai girl said to me, “You’ve been here before?”

“I remember you. You stayed here long time.”

It had been three years since I’d last left Chiang Mai, since I’d been in that hostel, but, of my eleven months in Asia back in 2012, at least two of them were spent there.

I had never meant to make Chiang Mai a home or even a home away from home. But, things happen.

If I had meant to make the city my home I probably would have found an apartment. Gotten a scooter. Gotten out of Old City. Instead, I stayed in a hostel. A hostel where, nearly daily, I’d say “I’m leaving tomorrow.” But then would stay. A hostel I left and returned to many times but always returned to. A hostel that became a home to me.

I didn’t mean to go back to Chiang Mai on my vacation. But, things happen.

After a week at TBEX in Bangkok I still had no idea what I wanted to do with my trip. I wanted to go somewhere new but I also I was kind of exhausted. Work had been kicking my ass for months and I, really, had no desire to do anything. And a week of being social at TBEX was throwing my introversion into full force. And so, I figured, since I was closer than I’d been in three years, I’d spend a couple of nights in Chiang Mai.

It was weird being back. Bittersweet maybe. Especially knowing it was so temporary. I had less than a week left and wanted to spend at least a few nights at a beach, so I could only stay two nights.

And the hostel was different. A bit remodeled. The garden I’d spent so many nights in had been closed down and moved across the street. The boys who I knew who worked there were long gone.

And my cat had gotten sick and died.

My adopted cat, Lek, maybe the greatest love I ever had in my travels, who I watched over my last month in Thailand had died. I knew it was a strong possibility. Cats don’t always last long there. They disappear. They get hit by a car. They get sick.

He was no longer with me.

And I didn’t get to see one friend who I had hoped very much to see. The tattoo artist who gave me my superman tattoo. He was out of town, a family thing, I think. It was hard to say as he doesn’t speak much English.

But another friend, a man who worked at the hostel was still there. And when I saw him I sat down next to him and said “hey, stranger,” and he mumbled hello and then did a double take. And we talked some and it was nice to see him.

And I felt at home, but disconnected.

And it was hard to leave. 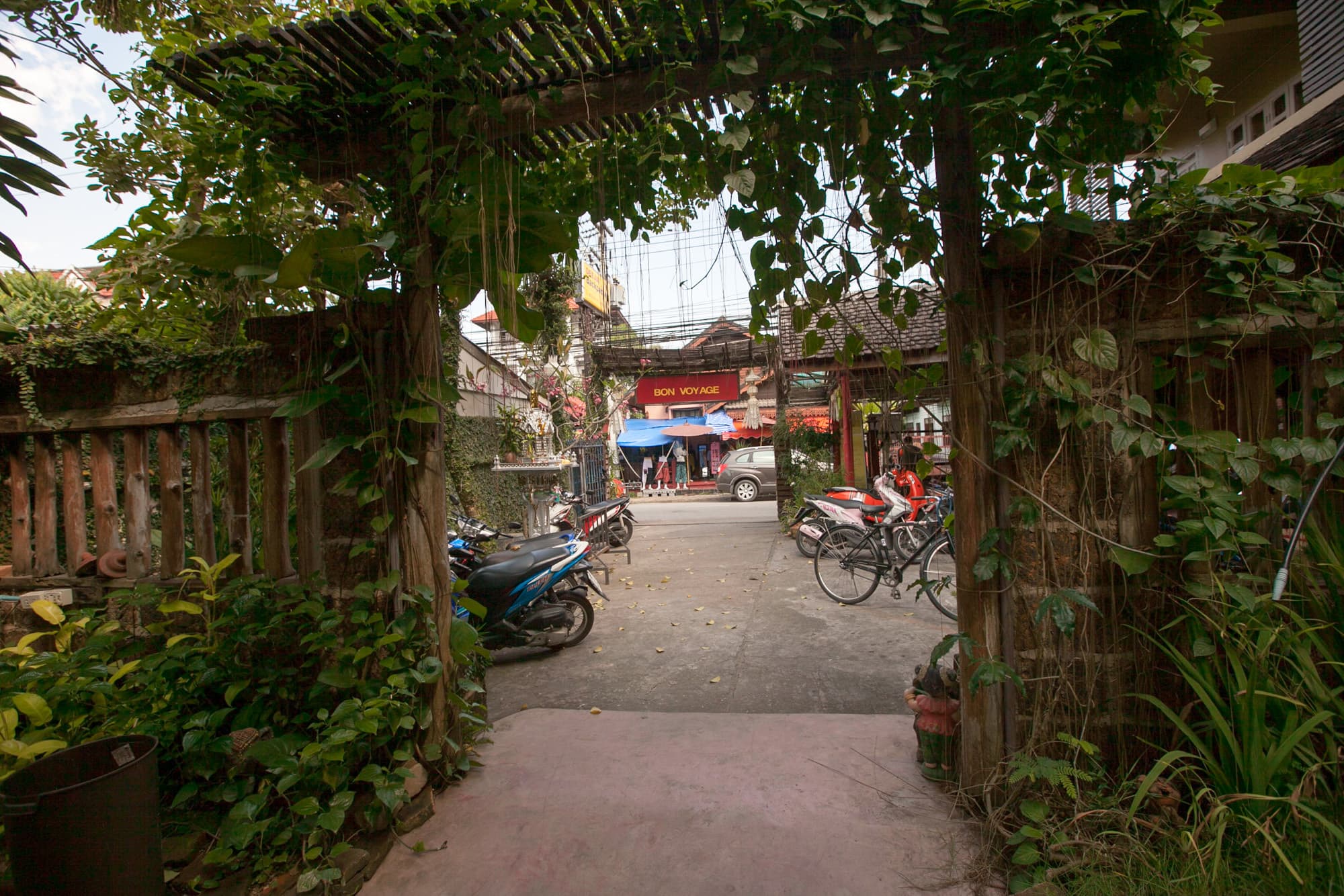 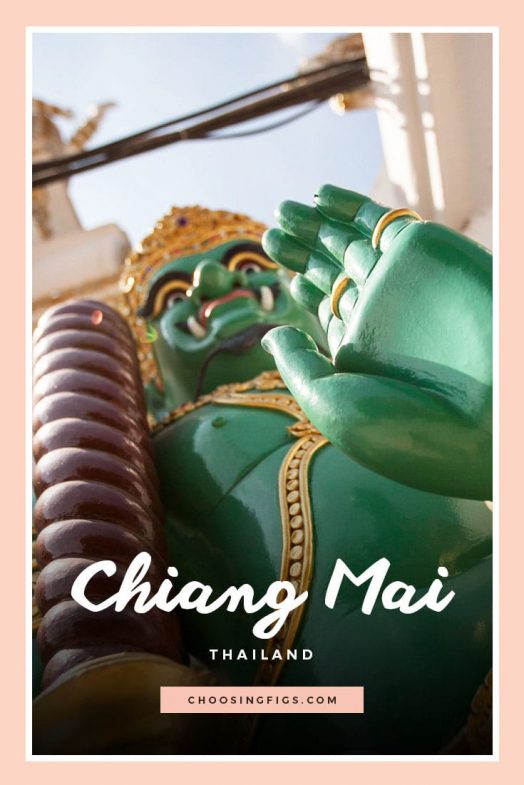 Chiang Mai & the eternal question: can you go home again? 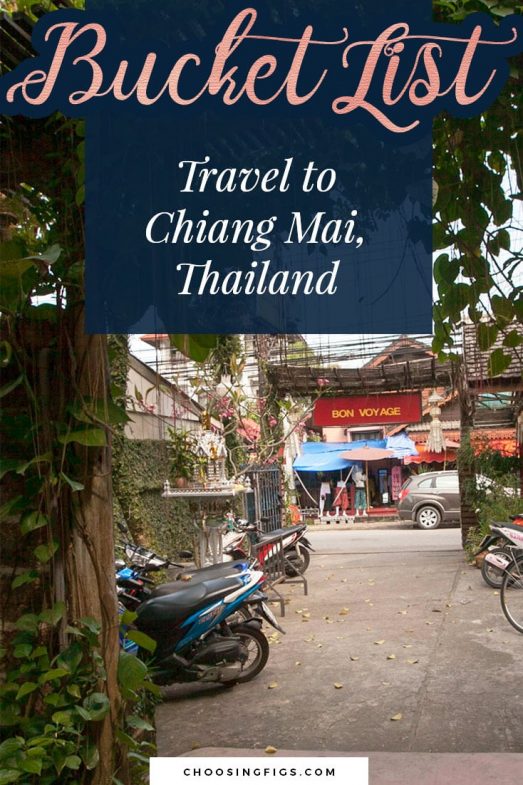 My dining room and my buy-once philosophy.