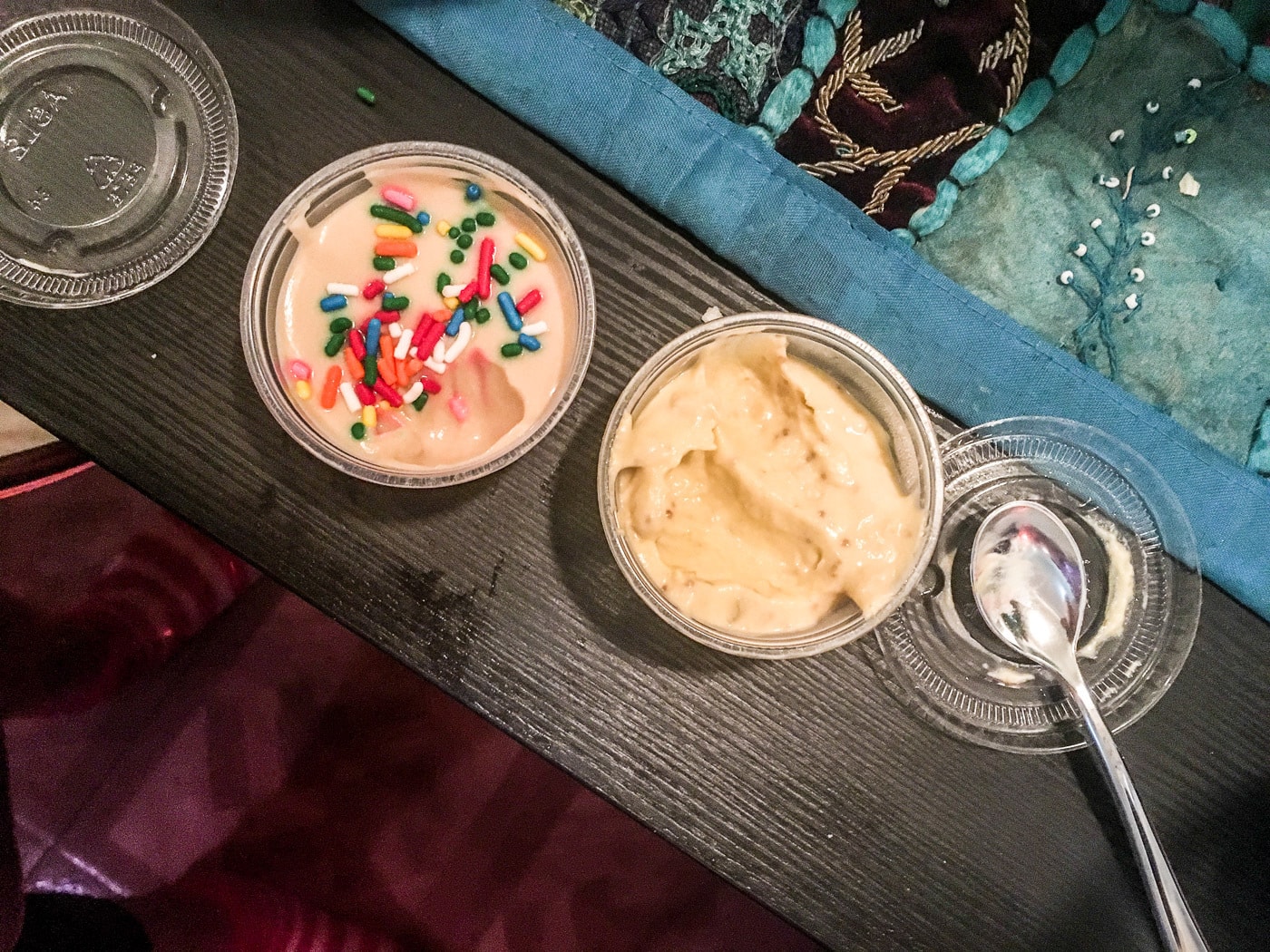 Birthday cake pudding shots for your birthday. Or your best friend's birthday. Or any given Tuesday. Treat yourself!
Jump to Recipe Print Recipe

The first time I made pudding shots it was for my thirtieth birthday party (a party I dubbed “fit for an alcoholic six-year-old”). This was, mind you, in a time before Pinterest made pudding shots popular and all I had to go on was a hatred of jello, a crazy idea, and a prayer that mixing instant pudding with milk and alcohol would result in something somewhat edible. But they turned out more than edible, they were delicious, actually, and so I made them, from then on, every time I threw a birthday party.

Last year I turned thirty-six and celebrated with a party at my apartment with good friends, nineties movies, wine… and these birthday cake pudding shots.

Pudding shots, if you’ve never heard of them before, are kind of like Jello shots, but they are made with Jello pudding instead of Jello Jello and usually tend to the sweater side. (You can check out some more recipes here!)

I’d never made cake shots before but I’m always up for an experiment. So I went to the liquor store where I shamefully bought a bottle of birthday cake vodka, then got to work mixing.

Side note: I wasn’t carded for that bottle of vodka and I went home and cried. Not really. OK, I mean, only kind of… Apparently 36 was the year people stopped carding me. 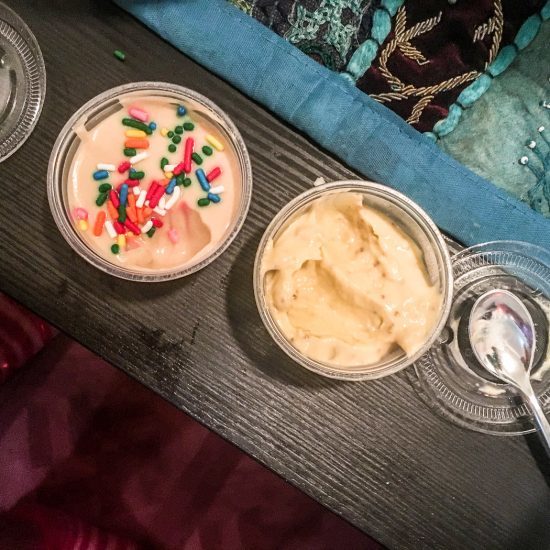 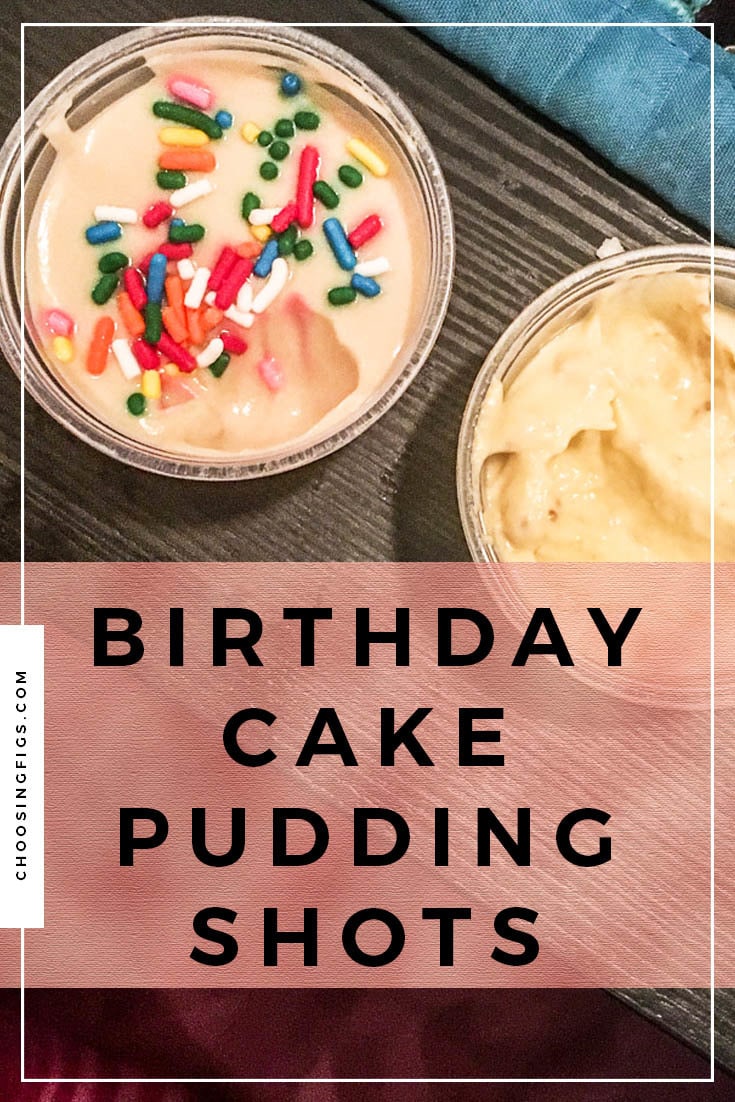