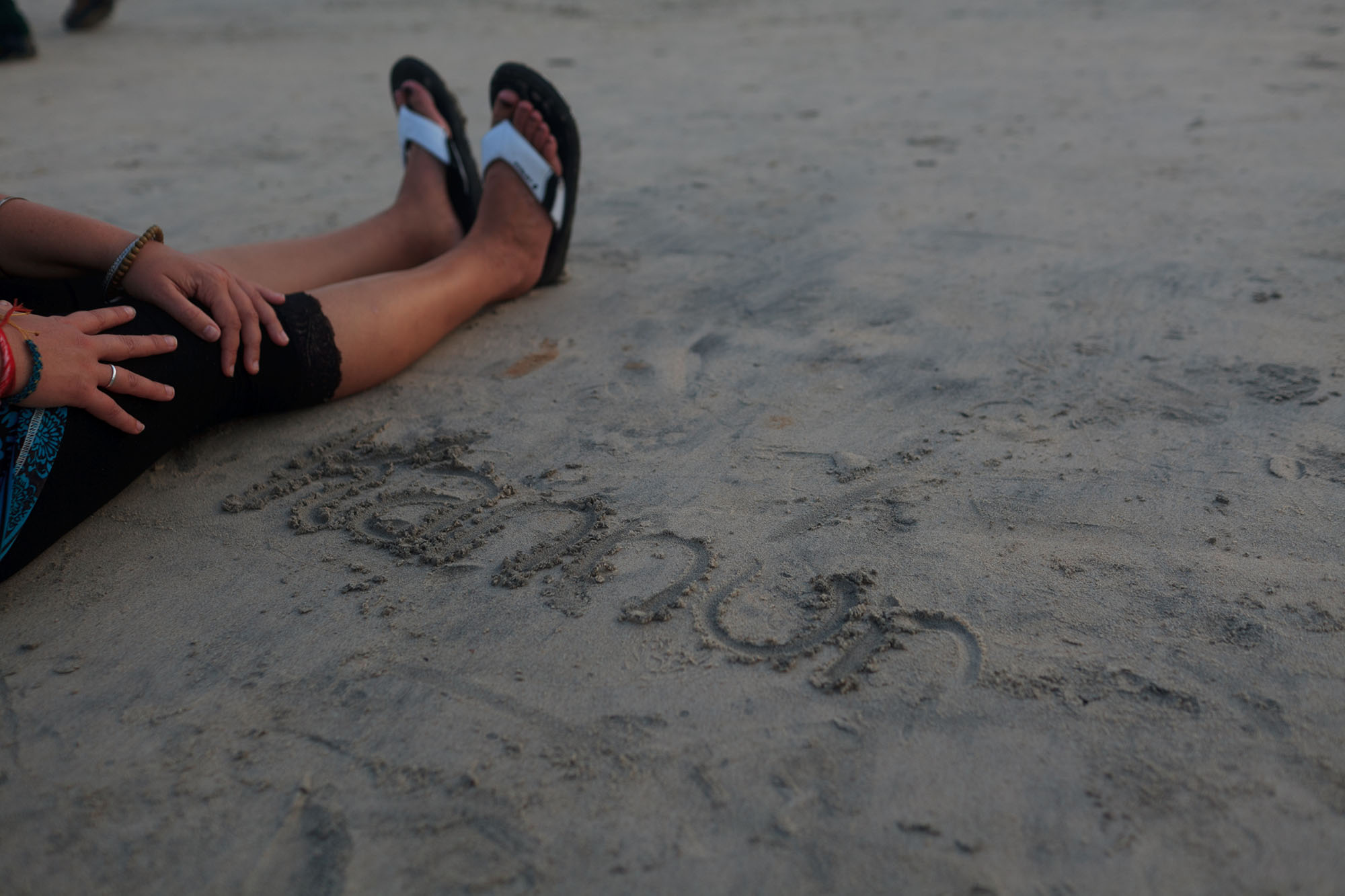 How we ended up in Kannur, India.

Sometimes, like when I’m standing on an overcrowded Indian train with nothing else to do but think for hours, I think about certain things. Like how everything in our life, every event, every decision, leads us up to where we are right now.

Because right now is standing on an overcrowded Indian train with nothing else to do but think for hours.

I wonder where I would be if I joined the track team in high school. Or if I had studied theater in college. Or if he had gone to U of I. Or if my house hadn’t burned down.

After three days of pretending that the rest of India didn’t exist, we were thrust back full-force into reality. We left the houseboat and took a tuk-tuk straight to the train station. Our intent was to make it Gokarna, but the trains were sold out and we had no choice but to take tickets for standing-room only second class. We tried getting around it, sneaking into sleepers where no one was sitting, trying to pay the conductor to let us stay, but he told us there was no room and made us move.

So we were stuck, with more than ten hours to go packed like sardines in metal cage.

Everyone was breaking down and didn’t want to be there. Jaime told me he was giving up on India and was thinking of moving his flight to Cairo up. That was the moment I started panicking. As much as I haven’t liked India there was still so much I wanted to see. And I kind of didn’t want to be in a situation where I felt like I had to come back. And I kind of didn’t want to be left alone. Because I still am not comfortable in this country alone. And I started going through all my options. I was the only one of us who didn’t have my flight booked. If he said he was leaving I could just leave too. Or I could stay with Dani and Jess. Or I could go wherever I wanted. But I didn’t know what I wanted.

After too-long standin,g some locals told us they were leaving and we were able to swap places to sit down. It was still crowded with twice as many people sitting as there were seats, but it was still a better option.

We decided not to go all the way to Gokarna and instead get off much sooner in the small beach town of Kollam. Truth be told, I was willing to stick it out. I’m kind of a fan of just getting things over with. But everyone was exhausted and I didn’t really care.

We got off the train at probably 10pm or so and took Tuktuks to a cheap hotel listed in our Lonely Planet. The driver insisted that the hotel was full and that we couldn’t stay there in that way that they always do, so we just told him that we had a reservation and insisted he take us there.

But when we arrived we were told that the guesthouse was only for government officials. We weren’t allowed to stay. The drivers had already taken our money and left the hotel told us no others would come, leaving us, and another couple of girls who had the same idea, stranded.

As we, dirty backpackers with piles of bags, contemplated what to do, a police escort arrived with a chief justice of India.

Yes, we were out of place.

We all decided to walk to another guesthouse the government hotel recommended. It was dark, and everything looked deserted. We passed a military hospital with guards in front of it. Dogs seemed to be barking everywhere.

We passed some sort of military compound, the other girls talked to some of the guards. A tuktuk driver pulled up, didn’t know where the guesthouse was, but said he would call the number on the business card we had.

Men in uniform came out to talk to him. He drove off. We still didn’t know where to go.

A man in a van pulled up and said he was the owner of the guesthouse.

We were a bit apprehensive. I was thinking the tuktuk driver had called a friend he’d commission from and that he probably owned some other house and would take us there. I didn’t really care. My bags were heavy. It was late. It was dark. I just wanted to get somewhere.

The four of us piled in. The other two girls stayed behind because there wasn’t enough room, but he said he’s make two trips.

We arrived at the guesthouse and the man said to wait there for his wife to come down to show us some rooms. He asked for someone to come along with him to pick up the other girls. Jaime, the only man among us, volunteered to go.

He said no. It was OK, he would go alone.

All of the lights went out.

We took all of our bags and went outside where there was at least a trickling of light.

Jaime kept telling me to get out my pocketknife. I had to keep explaining to him that I only use it to clean gunk from my nails so it’s in my toiletry bag at the bottom of my pack. And would do us no good.

The car came back. The girls got out. He couldn’t figure out how to open the trunk and had the girls climbing all over the back seat to get their bags out.

The whole situation was weird.

We filled out the forms for check in and he showed us each one at a time to the rooms. First the two new girls. Then Dani and Jess.

A few minutes later they came downstairs saying the rooms were filthy, the toilets didn’t work, it seemed like the place had been abandoned and just opened for us.

We decided to leave. The man came after us, lowering the price until he said we could stay for free.

Of course, now we had no plan.

We had another name of a hotel. A Muslim family pulled up in their car, the man gave us directions, offered to drive us, but we had too many things and he had his wife and baby next to him. He offered to drive to the hotel and sit outside so we’d know where it was, but we said it wasn’t necessary.

We walked that way though and still never found the new hotel. We ended up in front of a too nice looking place. We looked towards it, dejected. A man came out and said they had rooms available.

We walked in to full-blast air conditioning. A sure-sign that the place was out of all of our budgets. But it was nearly 11pm. And we were desperate.

We took a room.

The air conditioning was nice. The hot showers were nice. The complimentary shaving kit and soap were nice. Sleeping under a big thick blanket was nice. Free wi-fi in the lobby was nice. Having access to a room not until morning check-out, but for 24 hours was nice.

The next day I didn’t want to leave the room, but I was in this new town so I figured I should see some of it. And Jaime was worn out, depleted from India, and just wanted a day alone, so I let him enjoy the room to himself.

I ended up going with Dani and Jess to St. Angelo Fort, though I really had no desire to ever see another fort again… 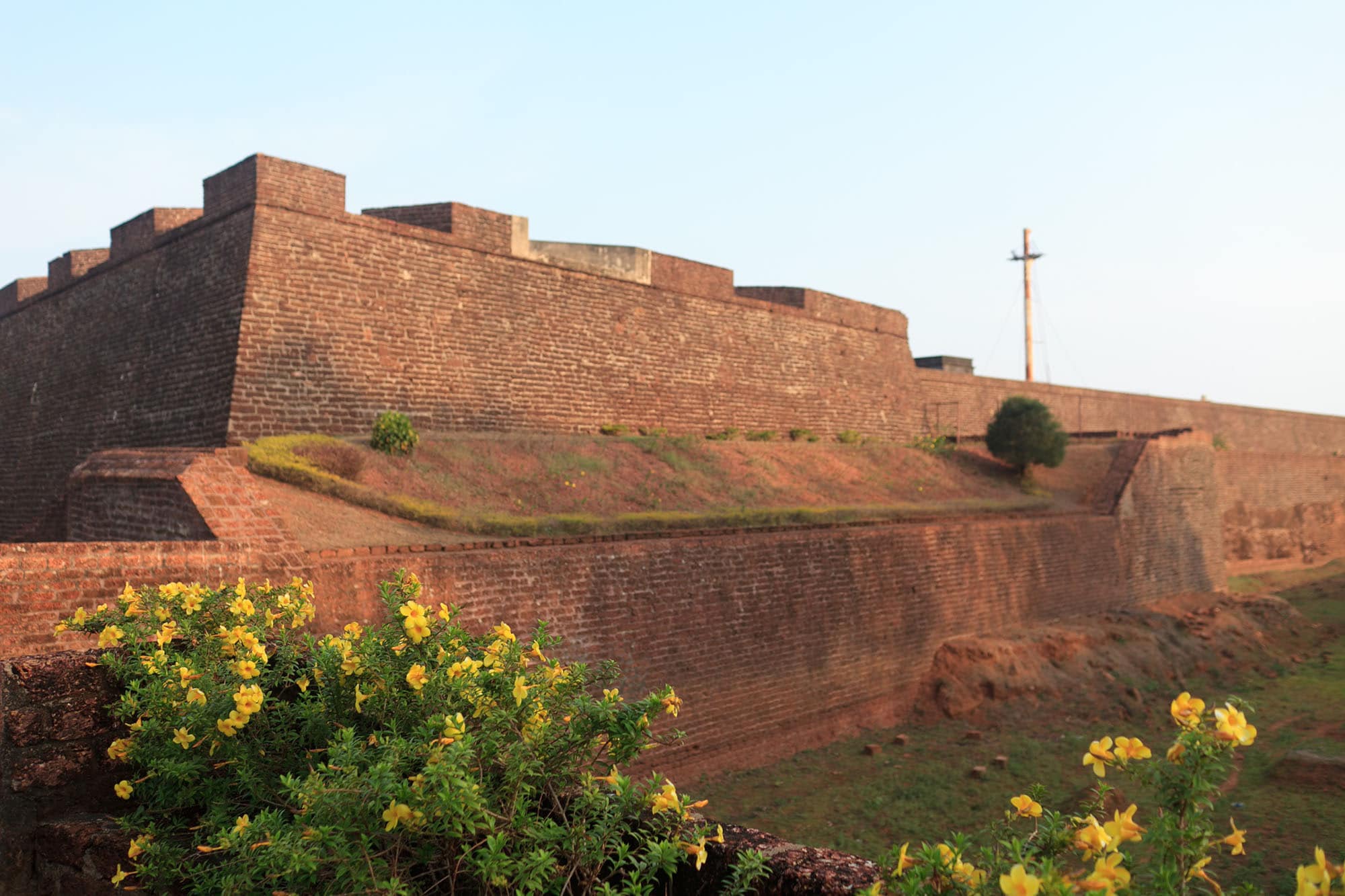 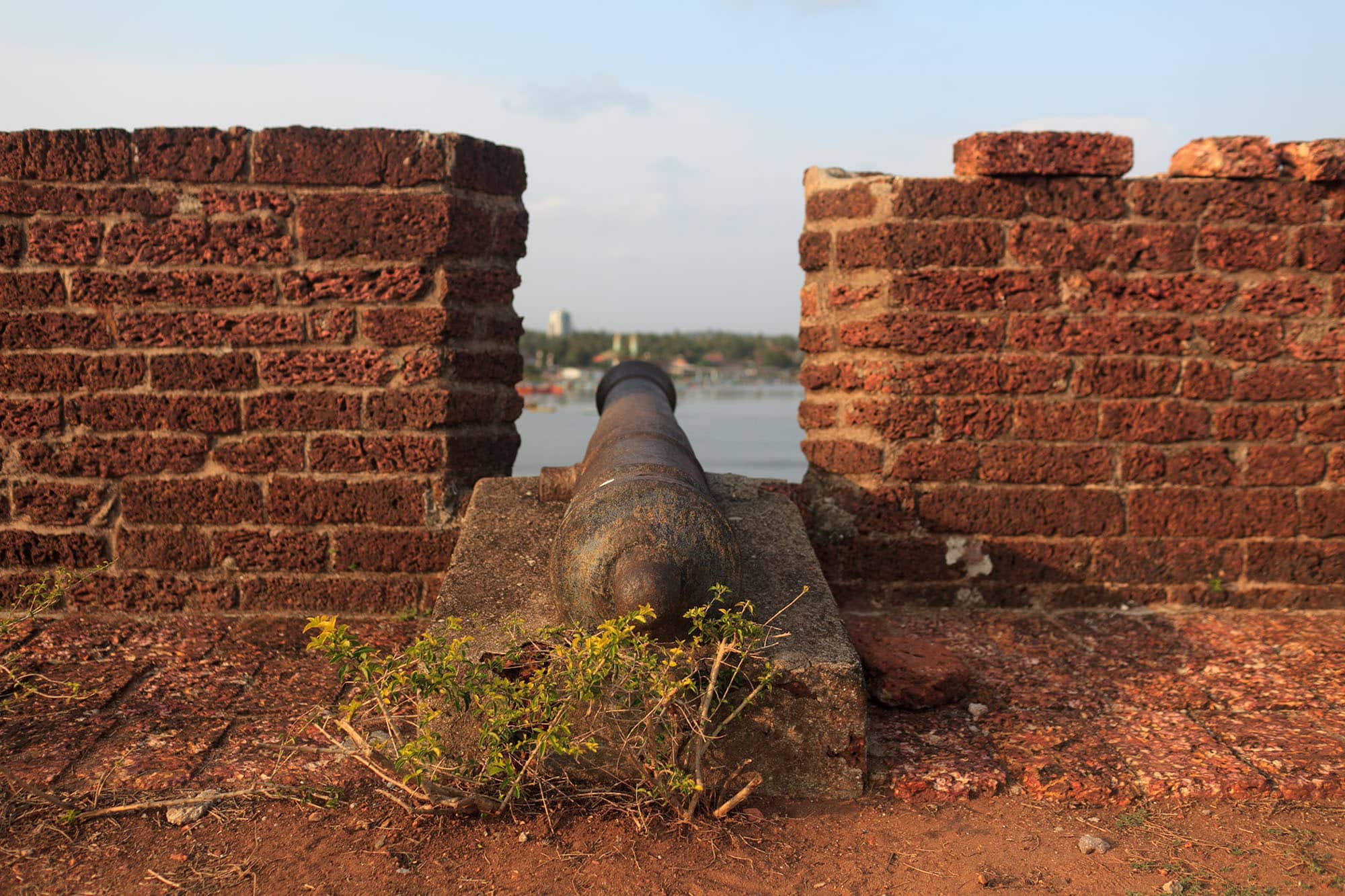 And then we went to the beach for sunset. 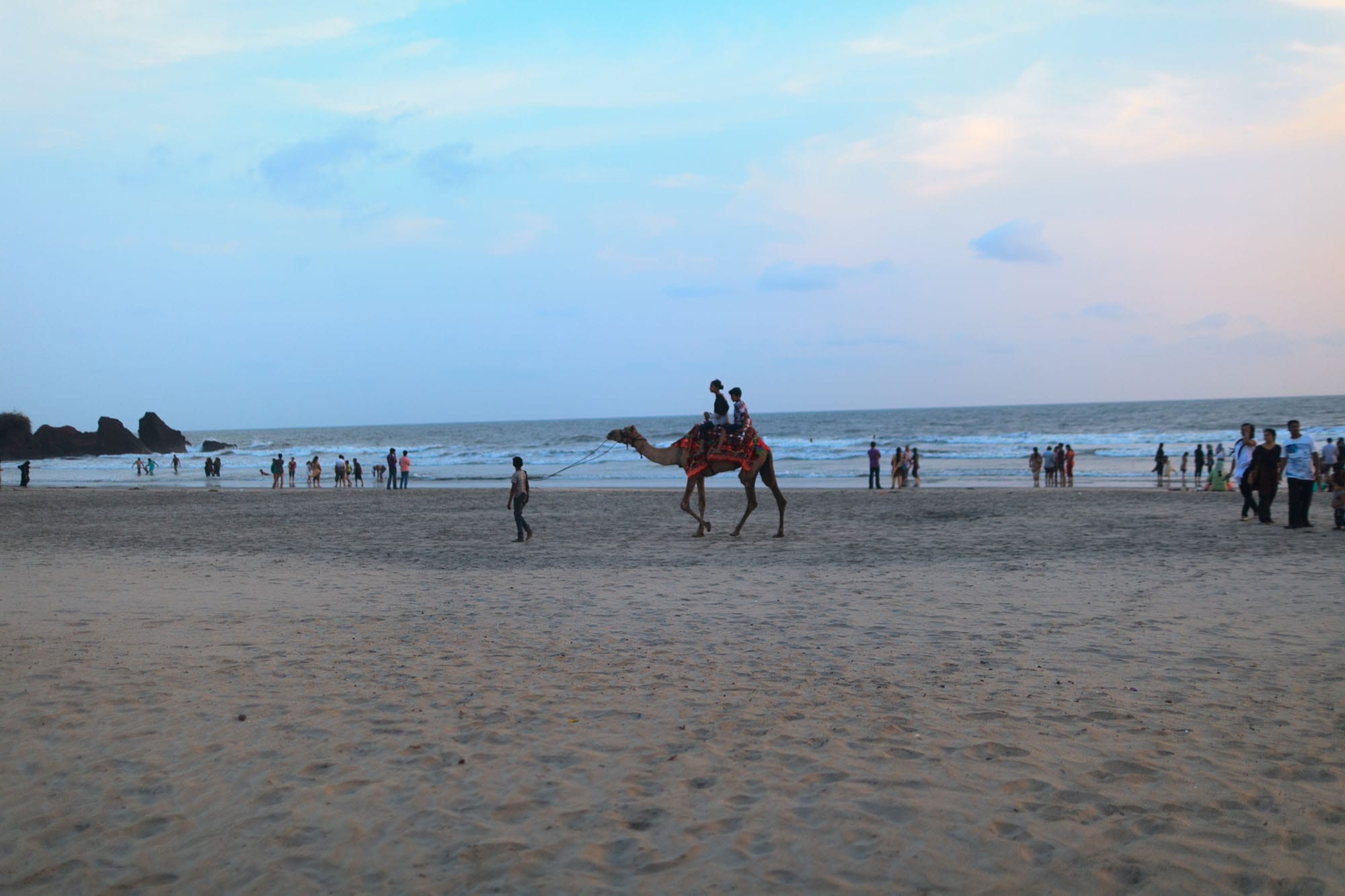 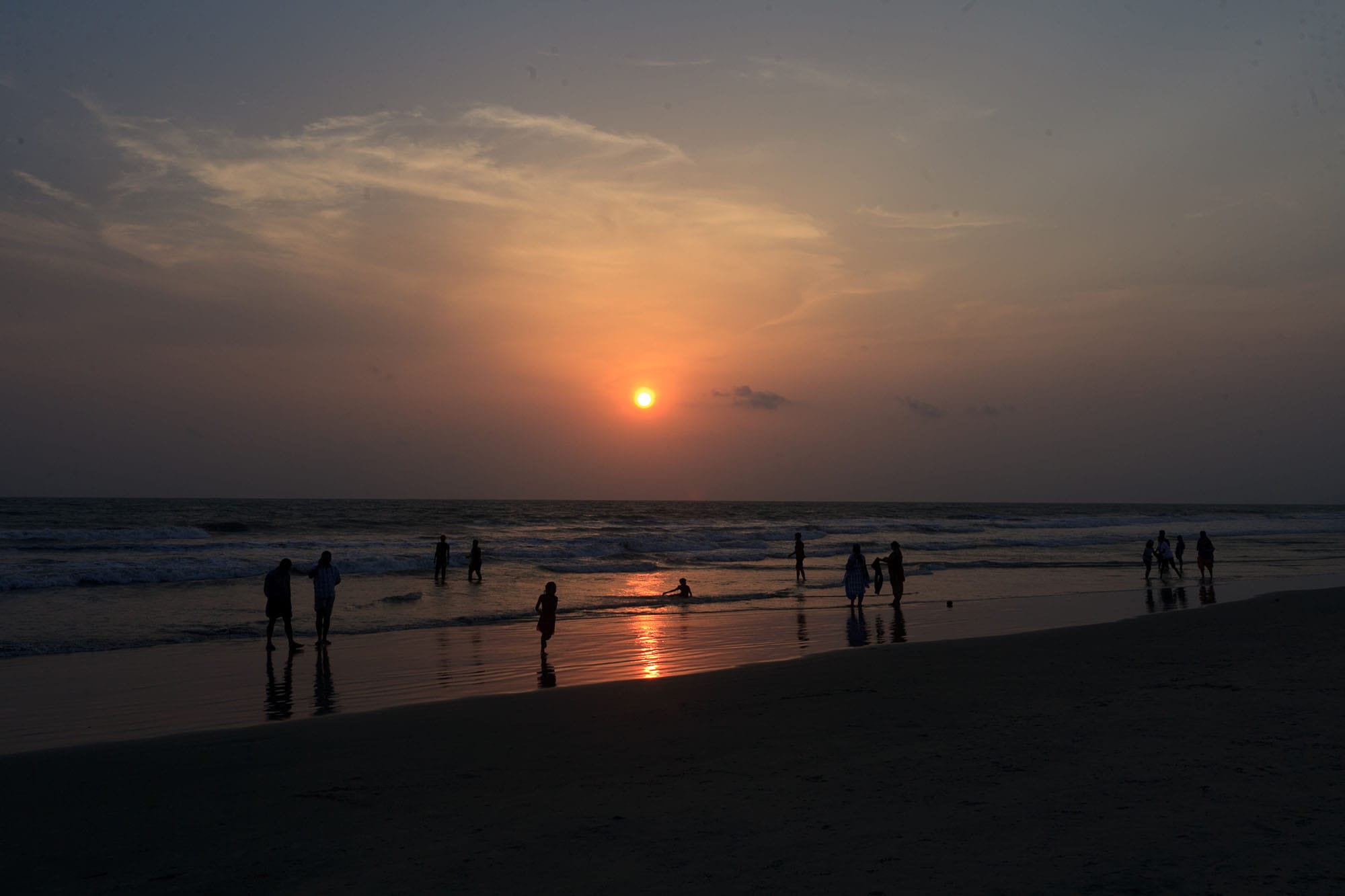 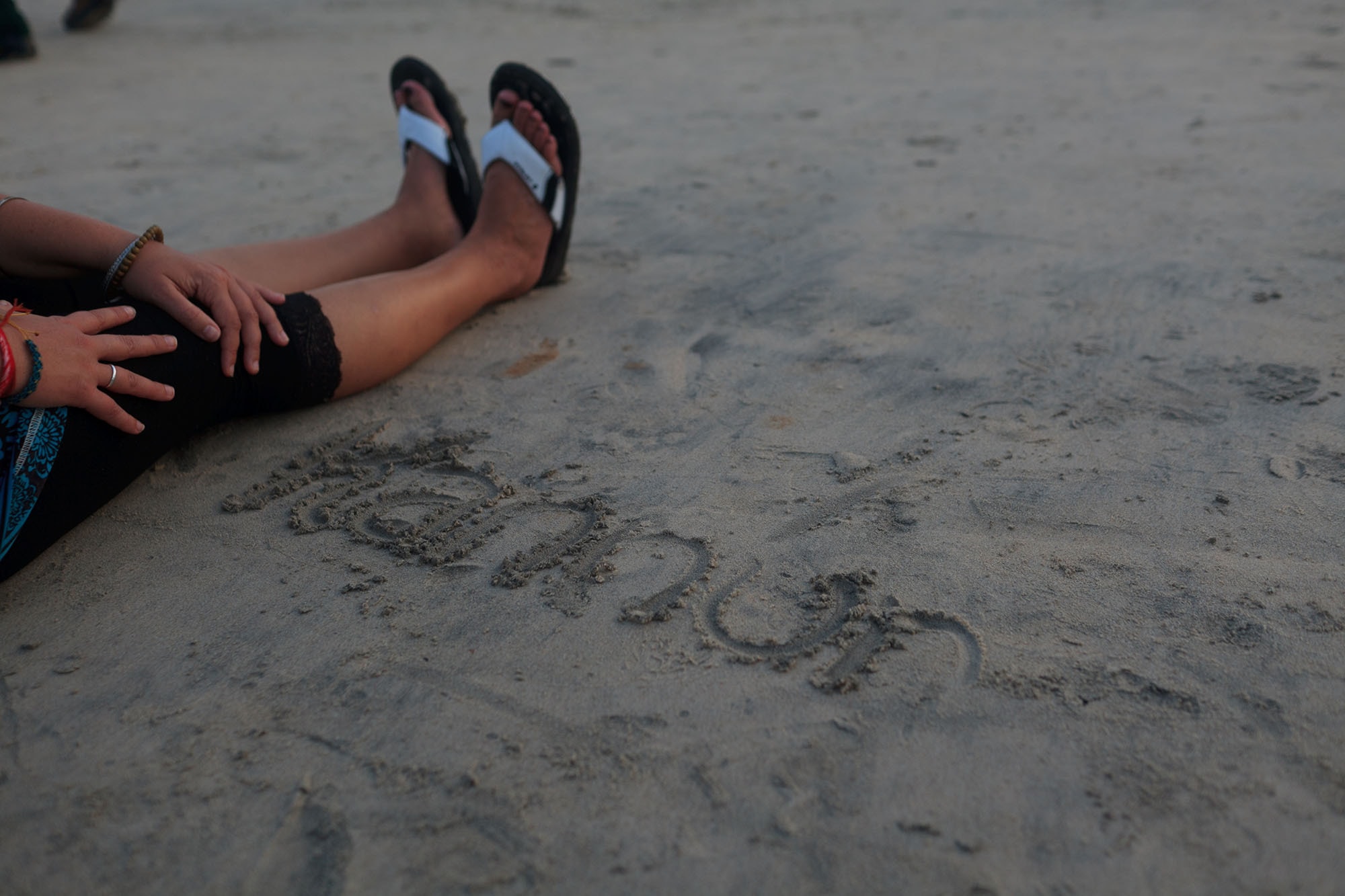 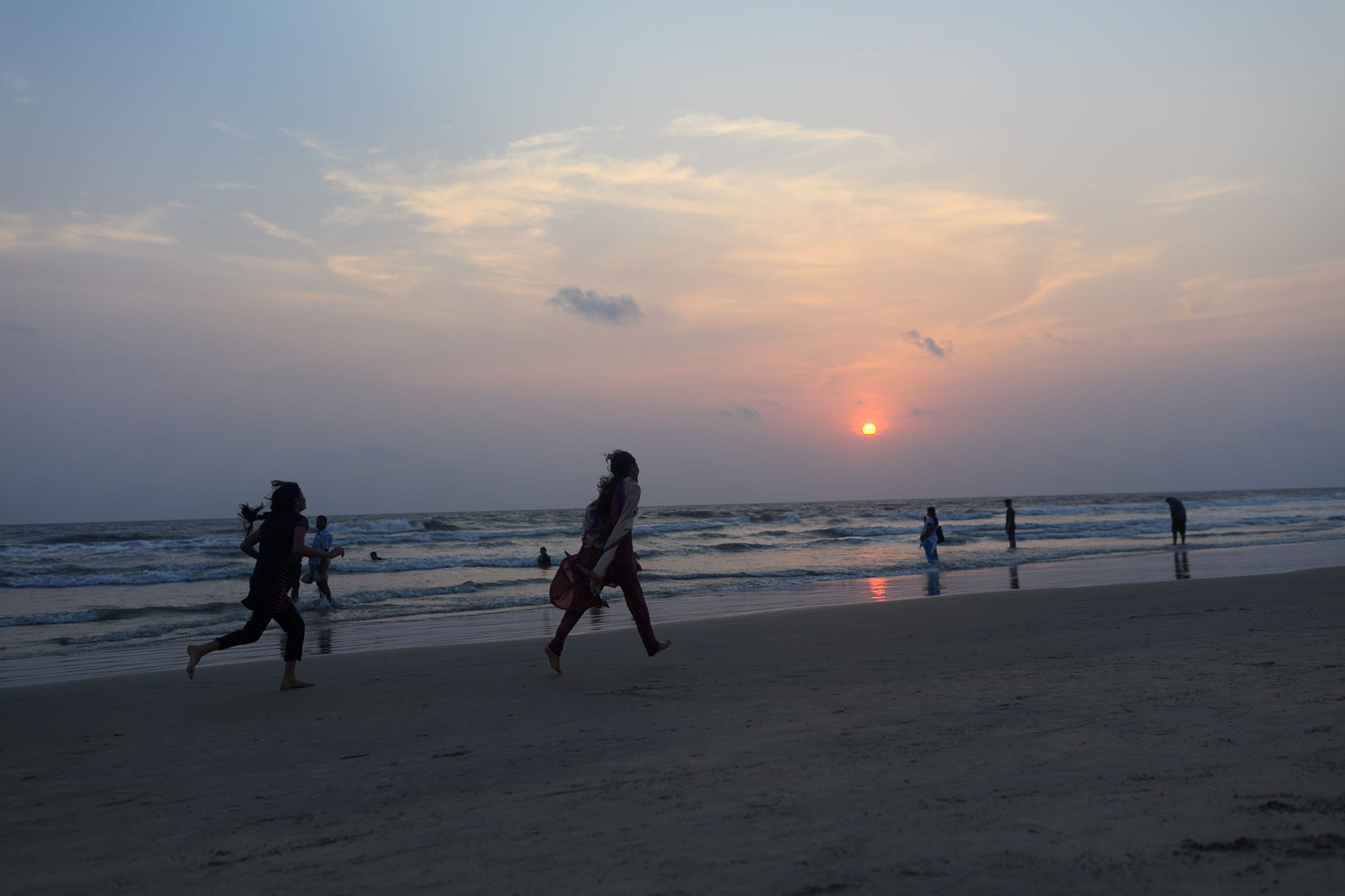 And then we packed up and moved to a cheaper place down the road for one more night, just to get some sleep before braving another day on the trains again in the morning…

in Asia, India, Kannur, Round the World, travel
by Val Bromann