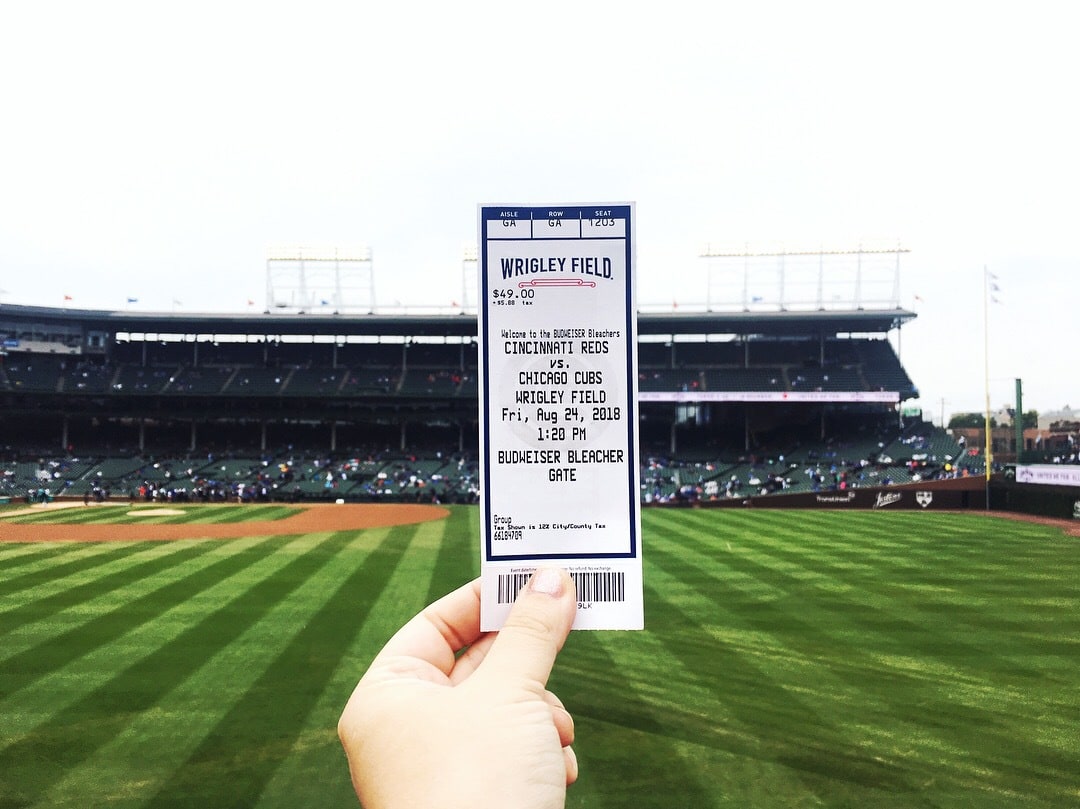 Home » Blog » Chicago Life » Are you going to blog about the Cubs game?

Recently I’ve been going through all of my old blog posts. Ones from 2006, 2007, 2008. The last time I switched hosting and themes I lost all of my featured images (🔝🔝🔝) so I’ve been replacing those. I’ve been updating broken links. I’ve been adding more photos since I used to only post one or two and then link to now-defunct gallery pages for more. I’ve been cleaning up typos, adding alt tags, cross linking, writing meta descriptions. And, wherever possible, I’ve been reworking them to align with my SEO strategy.

Of course, most of the posts are hopeless. They are a few sentences long. They’re so full of vague references and inside jokes that even I can’t figure out what I was talking about. They contain sentences like “OMG!” and “I can’t believe this!” linking to articles that no longer exist on the internet leaving me wondering what, in that moment, I was so excited about.

When I started blogging in 2006, social media wasn’t really a thing. Twitter didn’t exist. Instagram and Pinterest were far from debuting. Facebook had barely launched and, in order to get an account at all, I had to set up an alumni email address with my college. There was, of course, MySpace, but I never got into that. So my blog was my place to post, well, everything.

And so, with that, my blog shifted.

Over the past few years I’ve taken to writing more long-form content. I went from writing one or two sentences and a maybe adding a photo or two per post to writing 2,000 plus words and sharing 50 photos at a time. I stopped writing about my every day life and saved blog posts for bigger events: like the Wisconsin State Fair, the Nathan’s hot dog eating contest, adopting cats. And I went from writing about whatever was on my mind to being more thoughtful and doing more and more keyword research to see if I could rank in Google for a particular topic before delving in.

So, usually, now, spending a Sunday afternoon at a street fair or going out to dinner with a friend, no longer makes the cut.

Last week I went to a Cubs game as a work sanctioned event. There were forty of us coworkers in the bleachers and, of those there, approximately 39* of them asked me if I was going to write a blog post about the day. (*OK so maybe it was more like two…)

My first thought was, “no.” No, I wasn’t going to write about going to a Cubs game.

I didn’t really have a story to tell about the day other than the fact that I only went to get the afternoon off of work. And I certainly know nothing about baseball so I’d be pretty useless writing about that. I mean, I didn’t even know who we were playing until I got there (it was the Cincinatti Reds) and had to search the grounds for a full minute before figuring out where on the field the game would actually be played.

I could have possibly written about the ballpark food but I’m pretty broke at the moment so I had to settle for just eating one Hot Doug’s sausage. Not to downplay that sausage, mind you, because it was an unctuous, spicy, cajun andouille topped with cajun mustard, caramelized onions, and Swiss cheese called The Don & Merrily and it was a Hot Doug’s sausage, which we all thought we’d never taste again when the flagship closed in 2014.

But I didn’t load up on hot dogs and pretzels and I didn’t try the Pork & Mindy’s offshoot or gorge on a Cubs Nacho Helmet. I ate a sausage. And one sausage does not a blog post make. 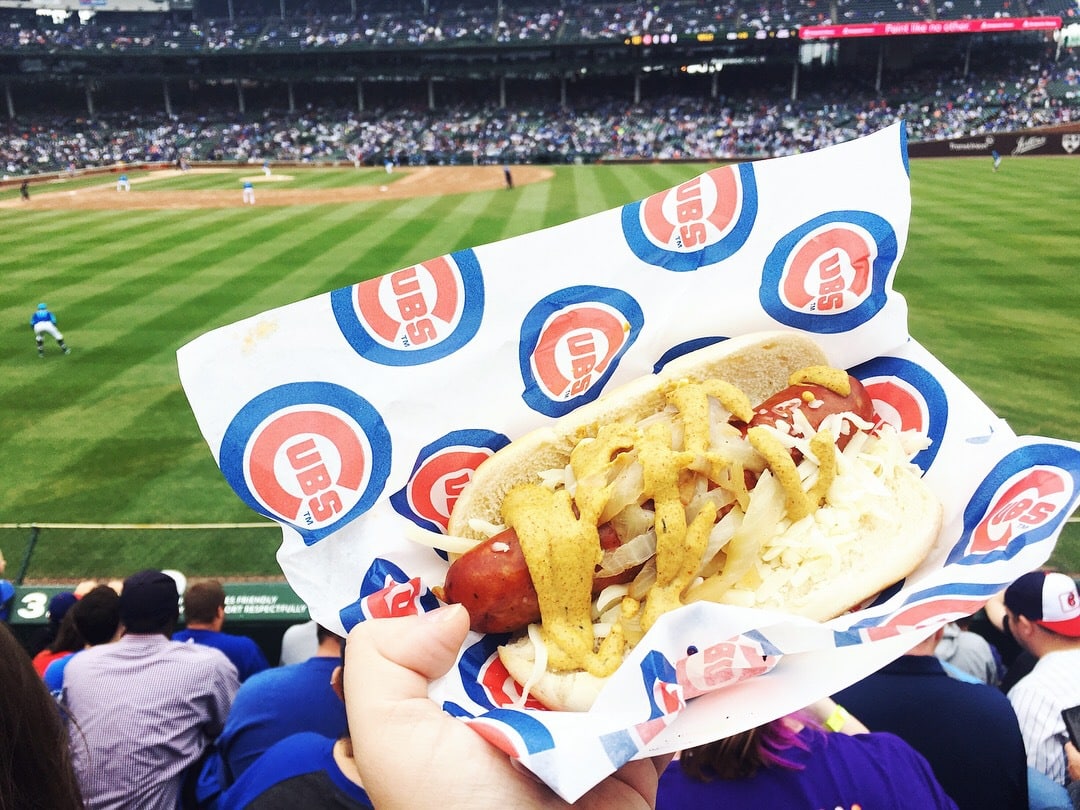 Plus any SEO keywords involving the Cubs or Wrigley Field have way too much competition and are probably dominated by the ESPNs and the official Cubs websites of the world, making them pointless to target.

That it’s a waste of time. 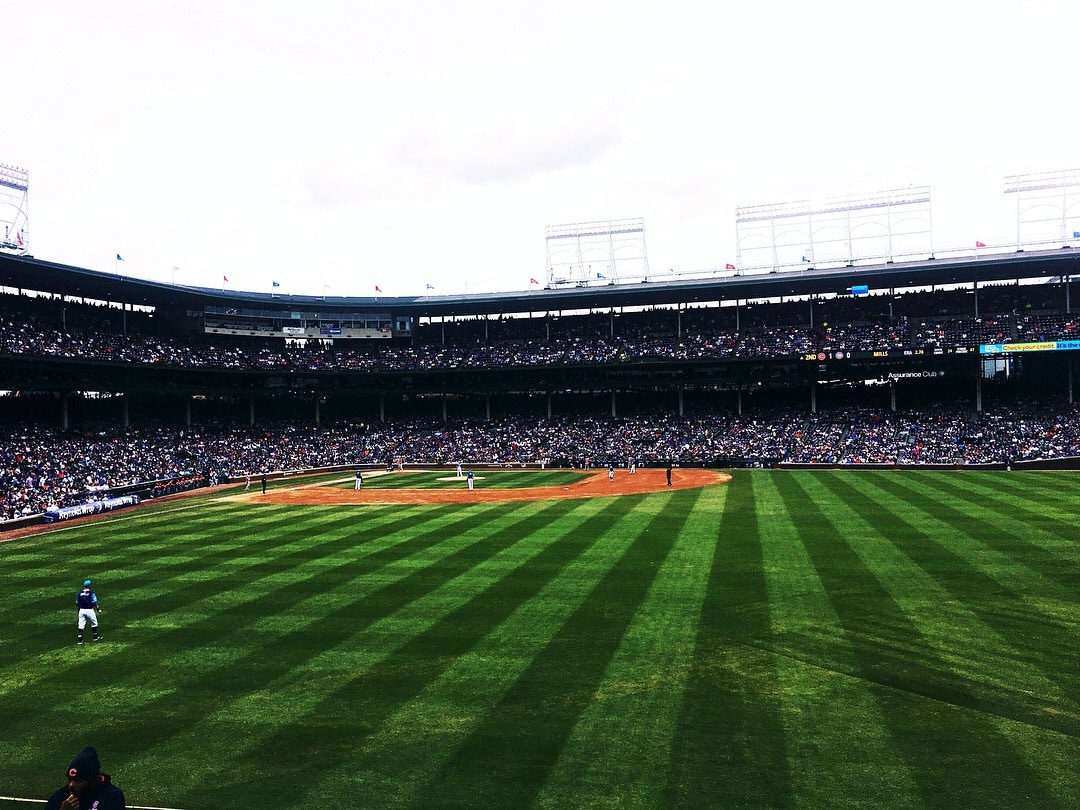 So why should I write about going to a “Cubs Game” and seeing the “Chicago Cubs” when the search terms have difficulty scores of 73 and 56 respectively (IE too high for my DA)? Why should I write about the fact that “Wrigley Field Beer Prices” are insane (I didn’t want to spend $10 on a beer nor $6 on a Pepsi so I somehow decided that spending $10.50 rum and Coke ahem Pepsi was a good compromise…) when that search term only has a search volume of 70, which is far too low to target? 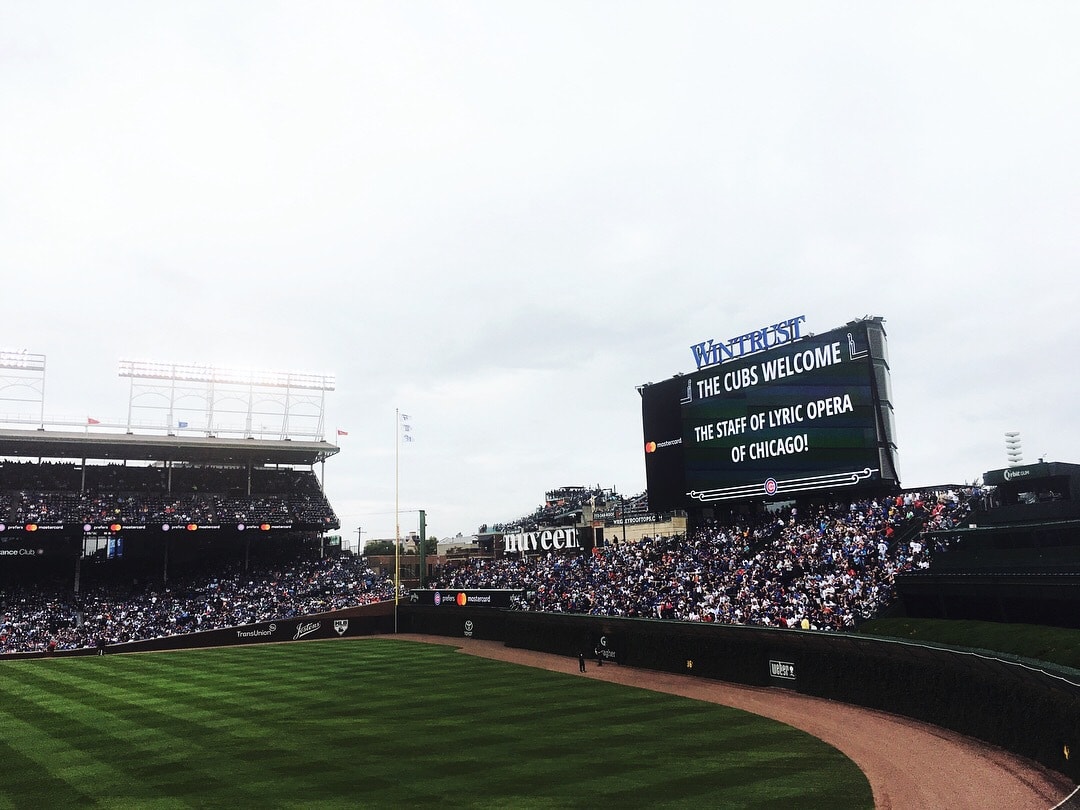 Because what’s the point to writing something like that? 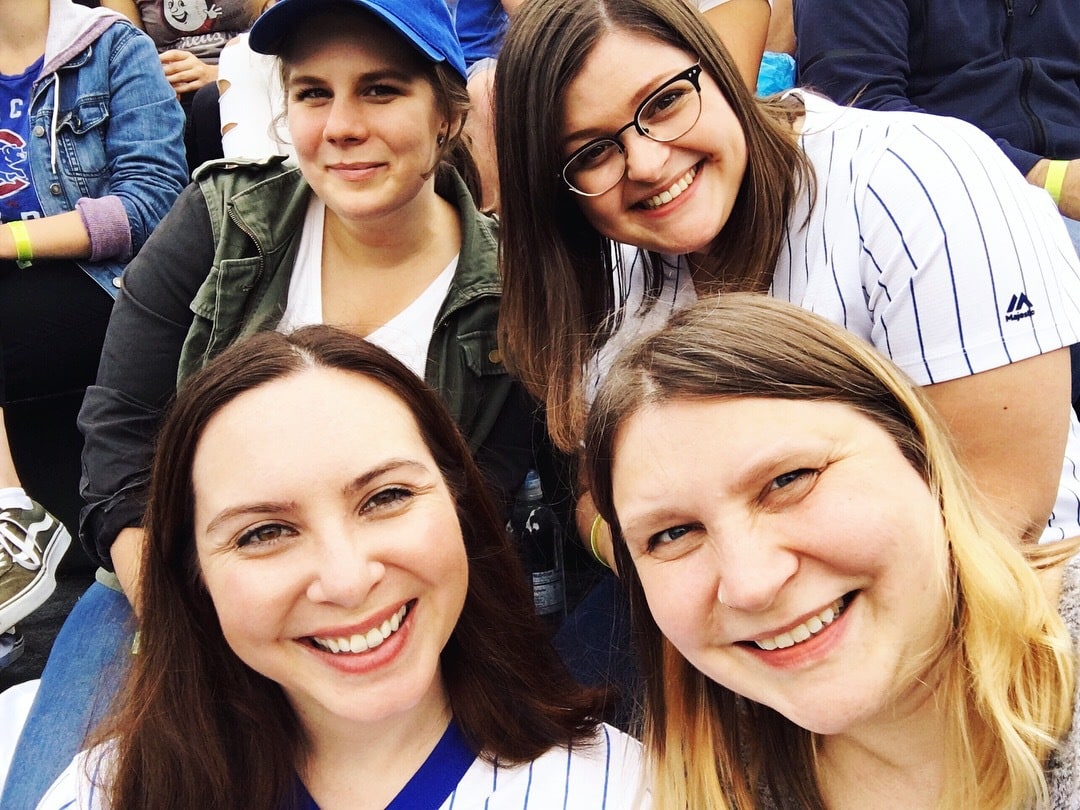 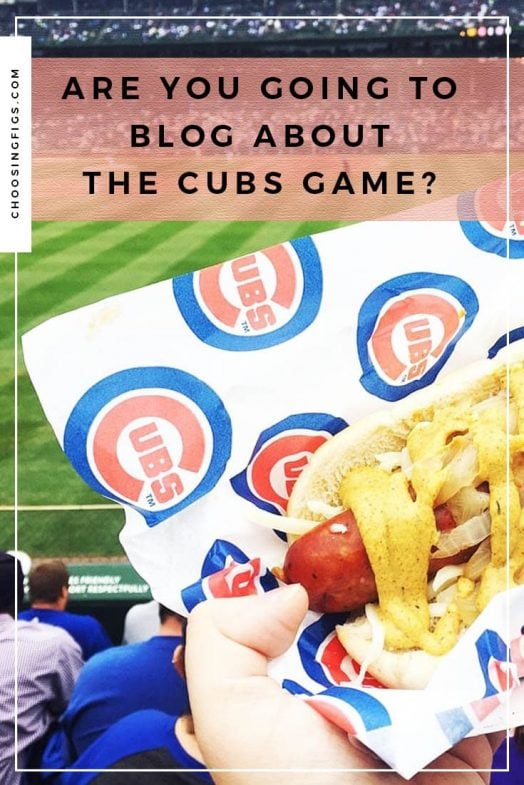 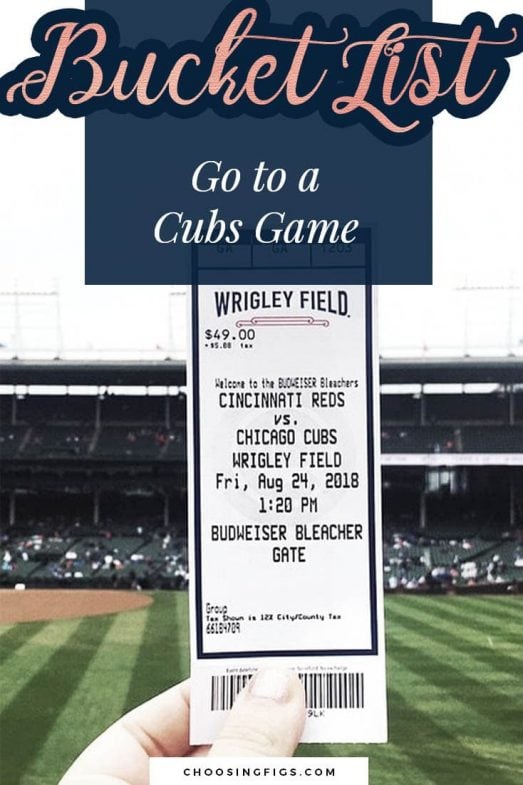 Follow:
What to do at the Wisconsin State Fair