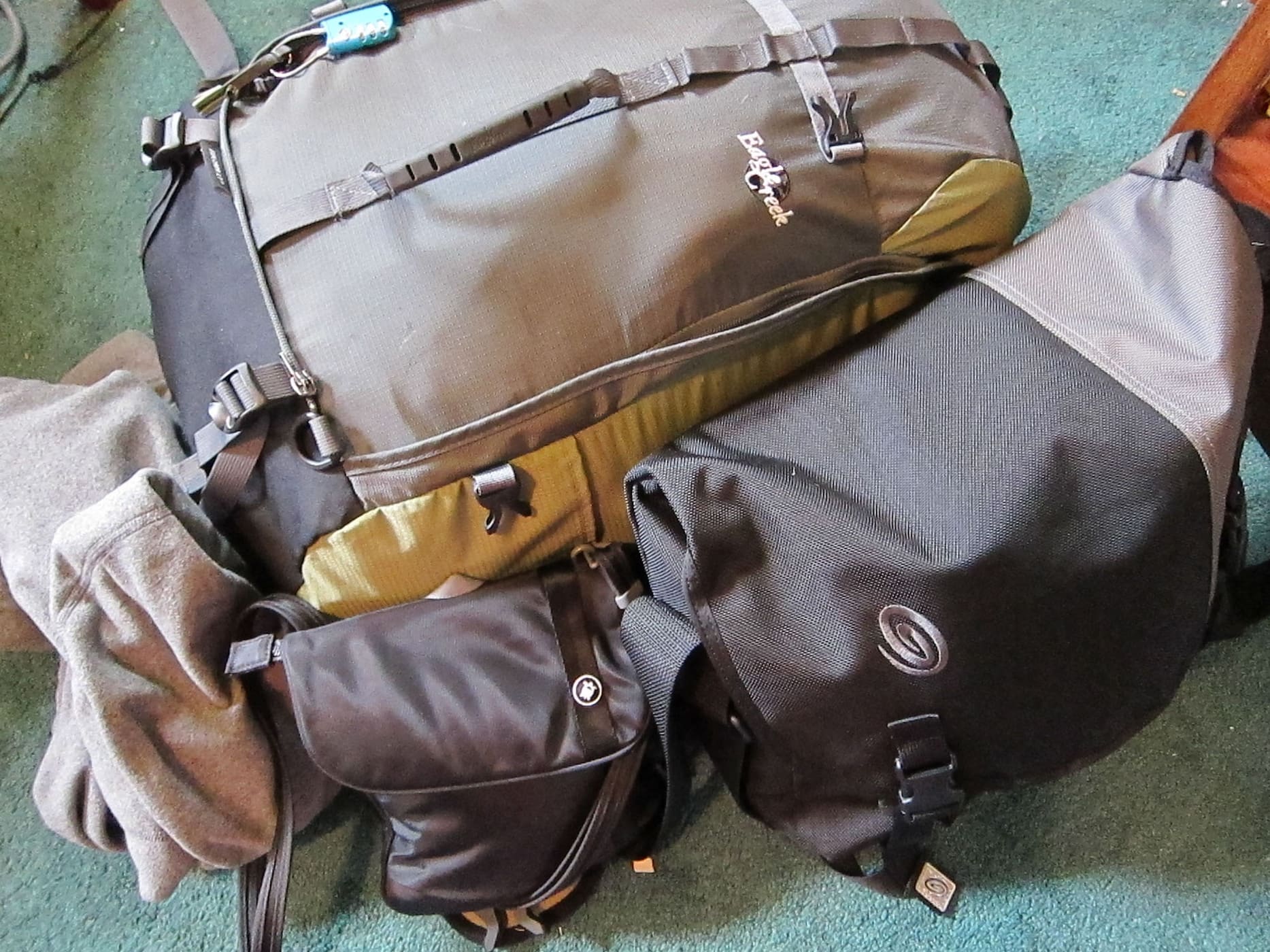 All my bags are packed I’m ready to go…

Leaving for a 'round the world trip.

All my bags are packed I’m ready to go… I had meant to write up a packing list post about everything I packed for my around the world travels. But it took way too much effort to somehow finagle things into the backpack that by the time I pared down and squished and squeezed I didn’t want to take everything out again.

So let’s just say this: everything I packed for my ’round the world trip fits in a big backpack (don’t ask me how many liters it is, I have no idea, I got it a long time ago), a messenger bag, and a purse. Plus a sweatshirt that both didn’t fit and will keep me warm on the plane anyways.

I’ll tell you that I packed jeans because I live in jeans. And full sized toiletries that were the death of my packing because they took up so much room (but really, I saw no point in bringing small sizes I’d have to replace every few days).

And I’m not bringing a zoom lens for my camera. In fact, I’m only bringing my 35mm lens. And you can’t talk me out of that one because by the time you read this I’ll already be at the airport. I decided that for me the comfort of not over packing on camera equipment trumped all. Besides, in 95% of my life I only use that lens anyways.

And there are too many guidebooks I had to fit in there. I had intended to bring none but since I never really got around to planning anything I brought a couple for reference.

So I’m all packed. And now I just have to shower and get to the airport.

When I started this blog I didn’t have a passport. I’d never been outside of the country, not even to Canada. I’d only been on an airplane a handful of times.

And now my backpack is stuffed to the edges and I have two one-way tickets booked for the next week. Today I fly to New York and then on Wednesday I fly to Berlin. There I have a hostel booked for five days. And that is it. I have nothing beyond that planned.

It’s scary. I’m scared. This is completely not like me. I’m never one for an itinerary but I usually make printouts of everything I would possibly want to see and find them on a map. I’m usually more prepared.

I just ran out of time for that. You’d think a year (or, three years) would have been enough time to get ready.

And I have to step back and remind myself that just forcing myself onto that plane will be worth more than anything I’ve ever done.

Even if I never leave my hostel I’ll be doing something most people will never do.

And the number of people who have said to me over the last six months “I’ve always wanted to do that” or who have called me their hero, makes me believe that even if this is the worst mistake I’ve ever made it won’t be a mistake. Because I at least tried.

I’ve been telling people that this trip will last somewhere between three weeks and five years. Maybe I’ll give up after three weeks, maybe I’ll never come home.

I am terrified of what will happen when I get to Berlin. I am even more terrified for what happens five days after that.

Everyone’s told me that I’m so brave. But I’m not. I’m a chicken. I’m scared to death of this whole thing. I hate being out of my comfort zone. But I just think I want to be a braver person. A different person.

So I’m about to get on a plane to New York City. And in a few days I’ll fly from there to Europe.

So here goes nothing… 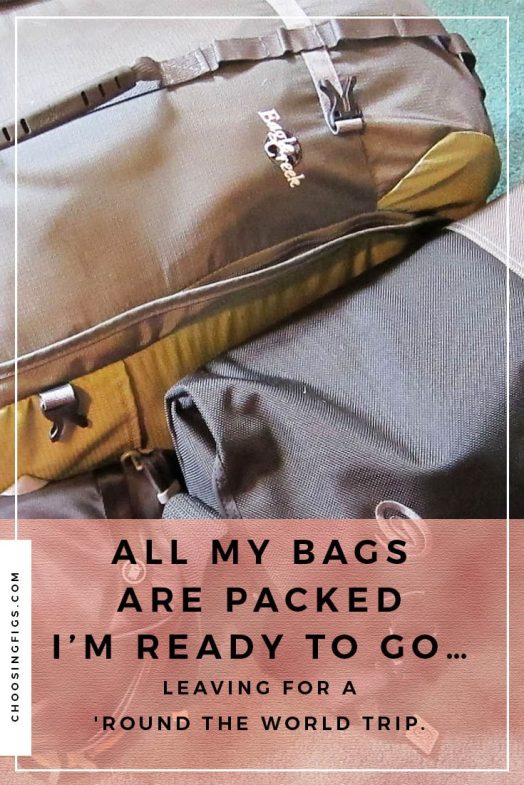 All my bags are packed I’m ready to go… Leaving for a ’round the world trip. 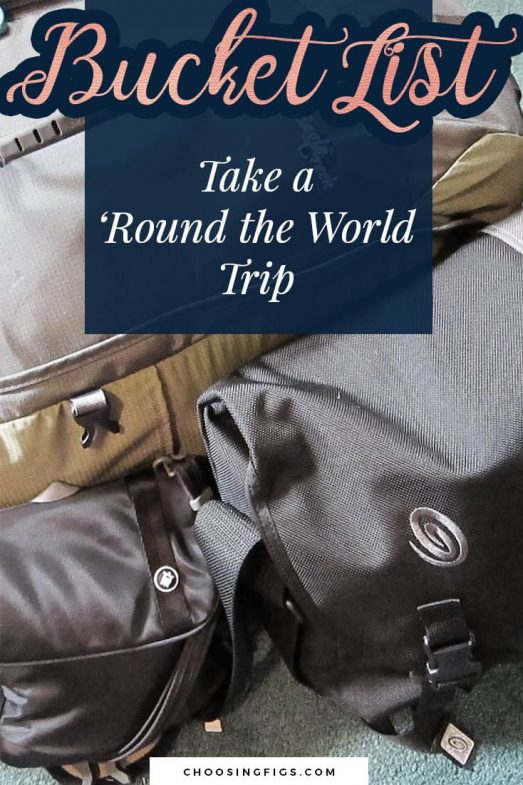 in Round the World, RTW Preparation, travel
by Val Bromann