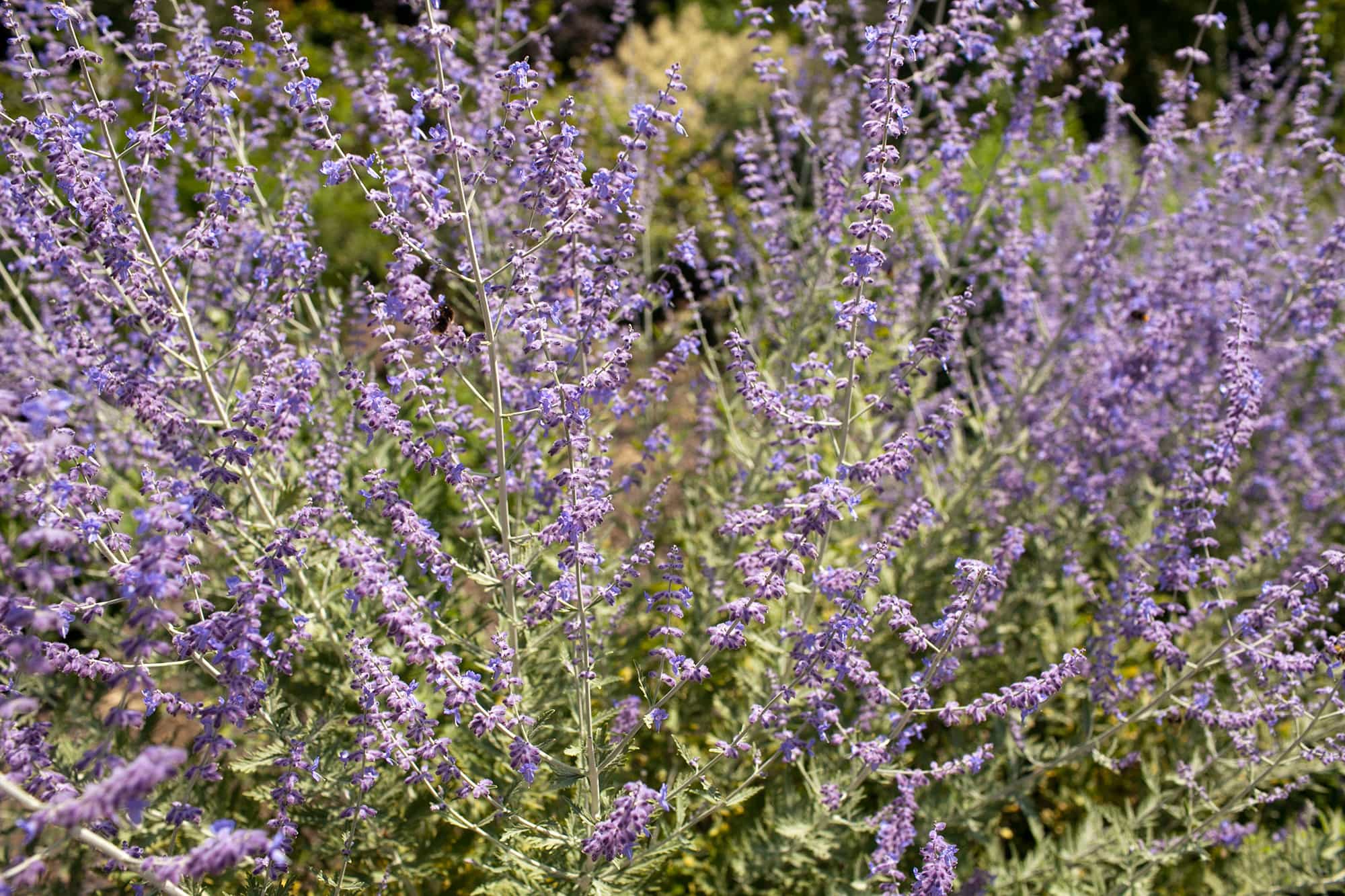 Home » Blog » Germany » Berlin » All by myself: traveling to Berlin alone.

All by myself: traveling to Berlin alone.

Travel can be lonely. But that also means you can do whatever you want.

I’m not going to lie. So far this trip has been hard. Traveling to Berlin alone has been hard. It’s been getting better, I’m no longer getting as lost, I’m getting more familiar with what paths I need to take. But I’m leaving for Warsaw tomorrow and it will start all over again.

And I can only assume there will be many more days ahead when I’m lost and my feet are bleeding and I’m starting to cry and then a bird poops on me. Although, apparently that is good luck. But I have an inkling it’s one of those things people just made up to make you feel better. Like how I’m convinced the whole rain on your wedding day being good luck thing was invented to appease a brizezilla who couldn’t get married outside.

And it’s been lonely. Since arriving in Germany I haven’t had a conversation that has lasted more than 30 seconds. It didn’t help that I’ve been in a 6 person dorm room with 5 girls traveling together who were speaking Italian the whole time. And it doesn’t help that everyone else in this hostel looks all of twelve. I know that age doesn’t matter, and some of the greatest travel friends I’ve met in my life have been ten years younger than me, but it’s a hurdle.

I am not much for clubs anyways so I’ve been OK not going out at night. I spend so much of my day moving about that it’s nice to have a rest. Though I feel silly spending so much of my time in the hostel lobby huddled around my laptop. But I’m not quite sure how to spend all of this time. And really going to two museums in one week is pretty much a month’s worth of normal activity for me. And, really, my computer time has gone down immensely and my TV time has gone to zilch.

The Benefits of Traveling to Berlin Alone

I suppose, though, that there are benefits to traveling to Berlin alone. Because I am traveling by myself I can spend my time as I see fit. Like on Saturday when I went out to find a bottle of water and instead got cherry ice cream. 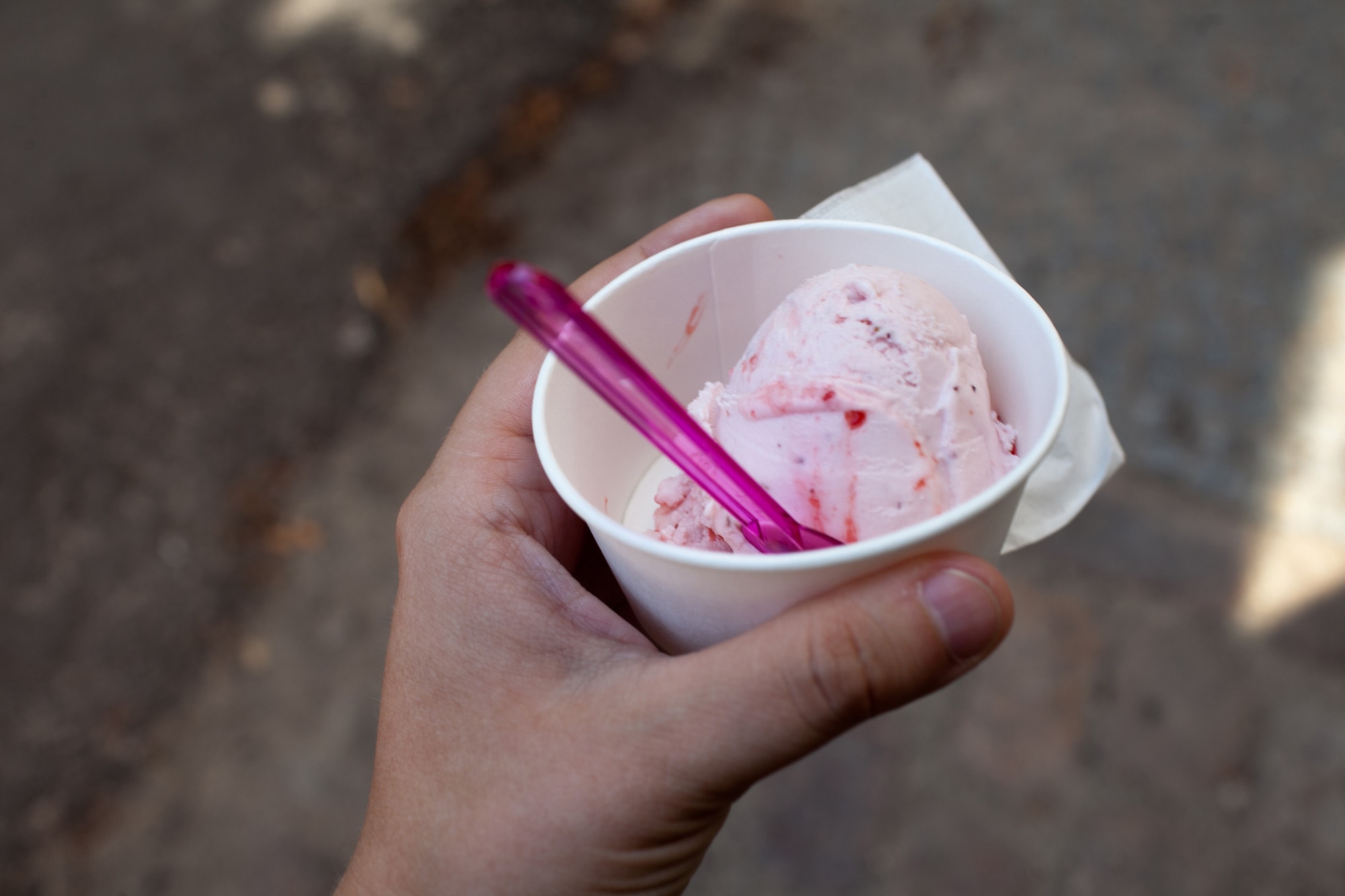 And then I got lost. Of course. And ended up in front of some glorious museums and spent some time wandering the old National Gallery, full of beautiful art and sculpture like a still life painting of a glass goblet that reflected the painter painting it. Or the sculpture of Pan comforting Psyche that I loved because she had wings like me. Or the painting of an old hermit with angels peeking into the windows to watch him. 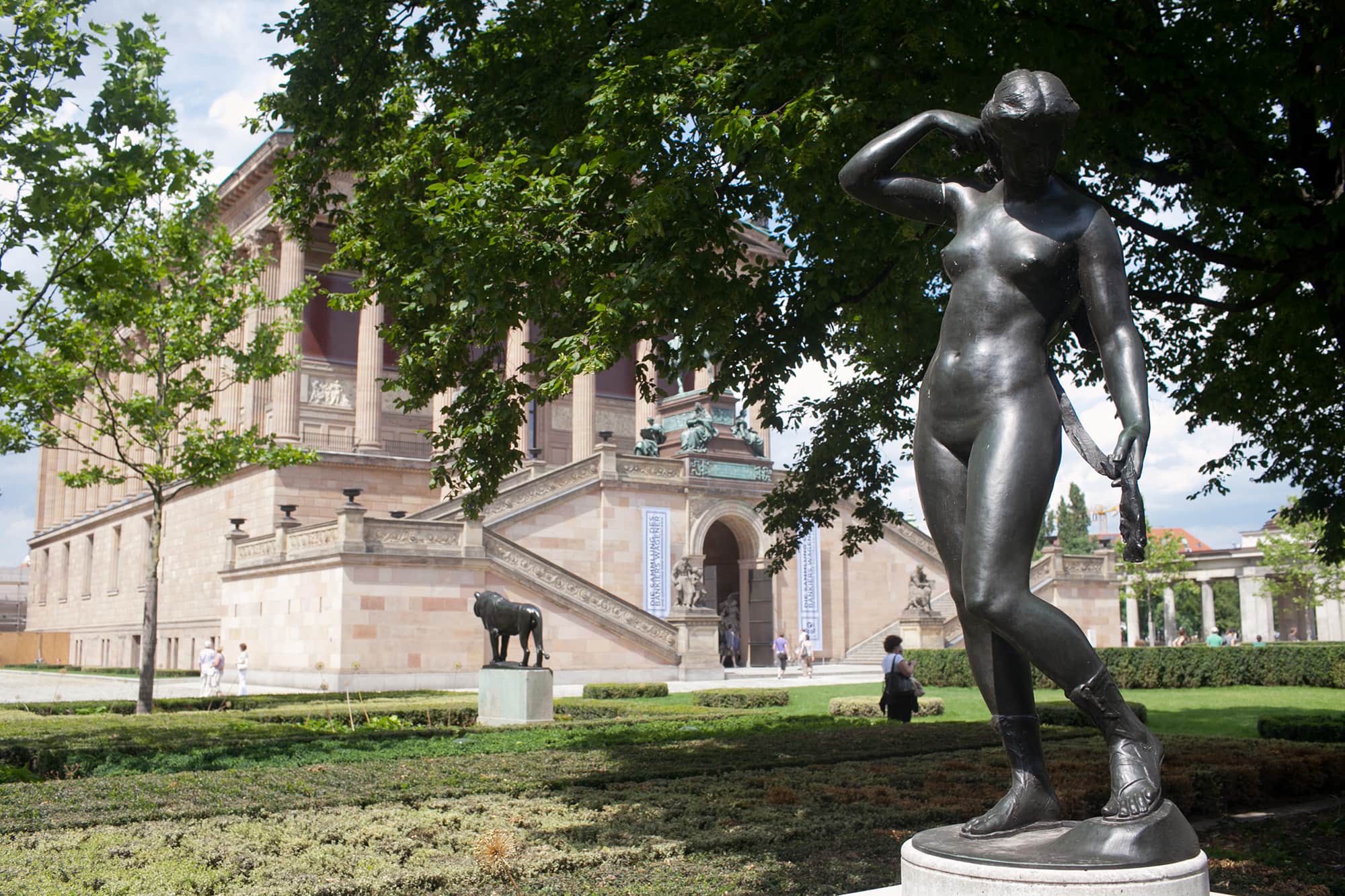 Or yesterday when I spent about four hours wandering around Tiergarten, a giant park in Berlin. For once not wandering because I was lost but simply because I wanted to. 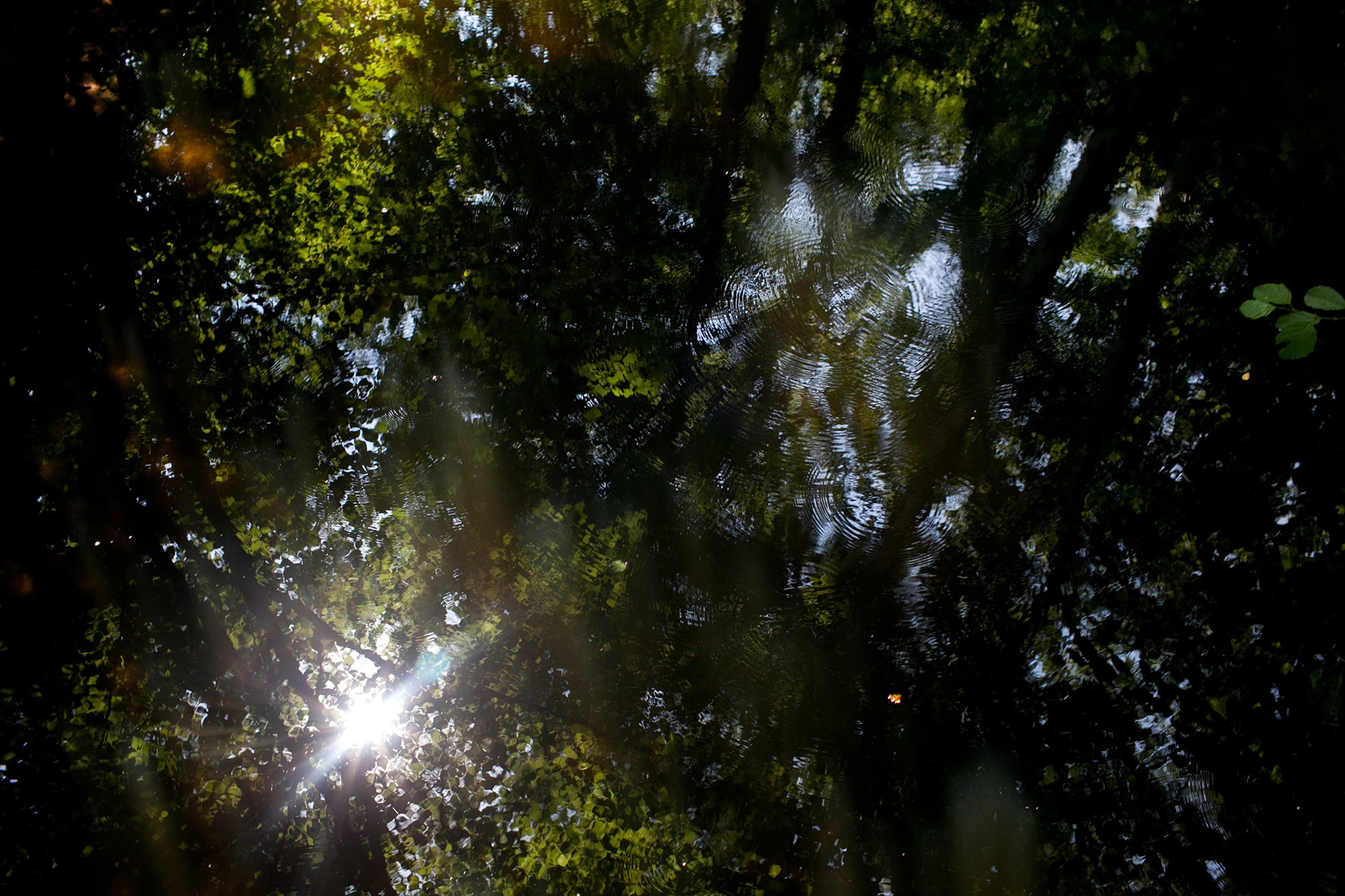 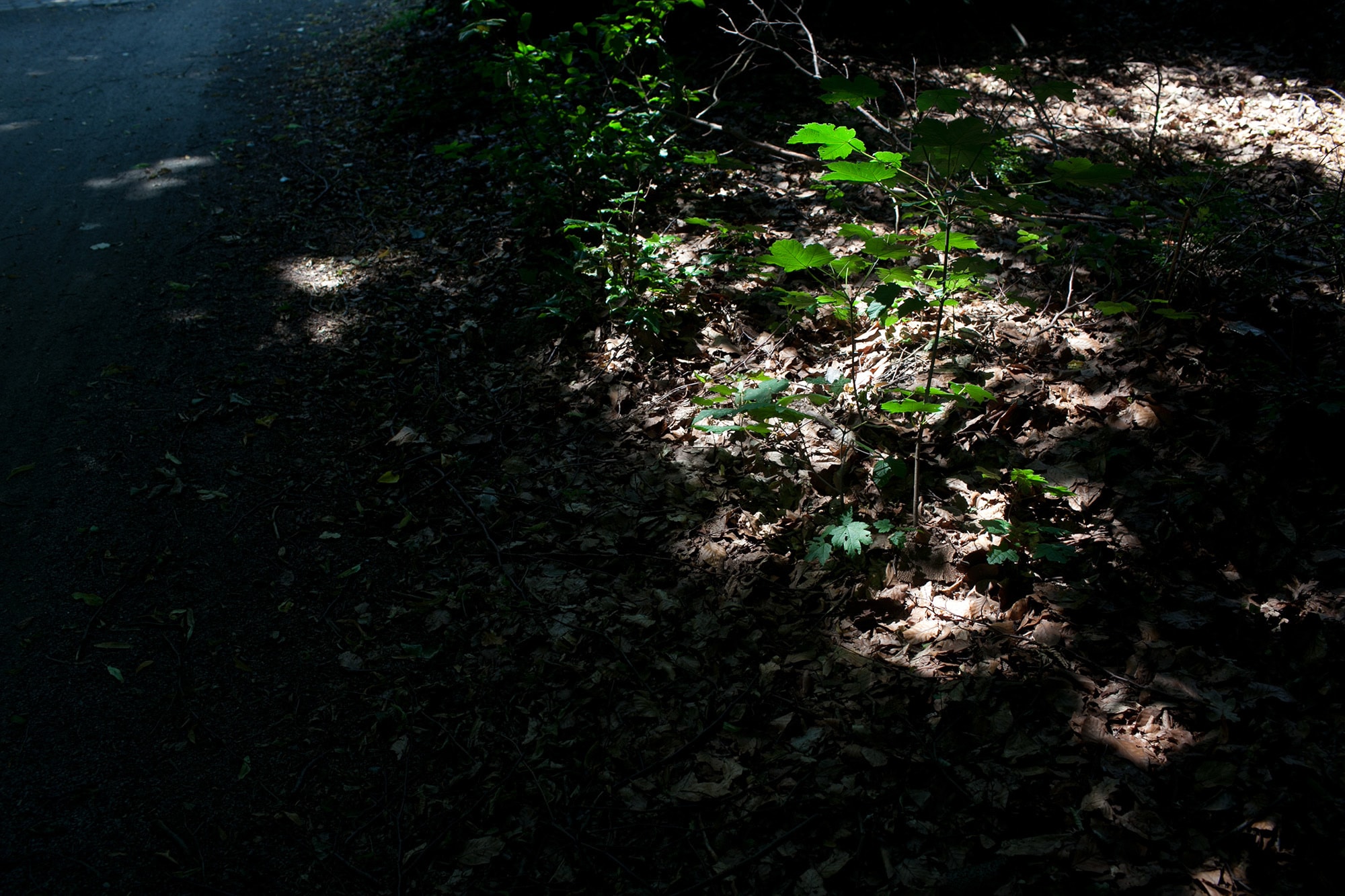 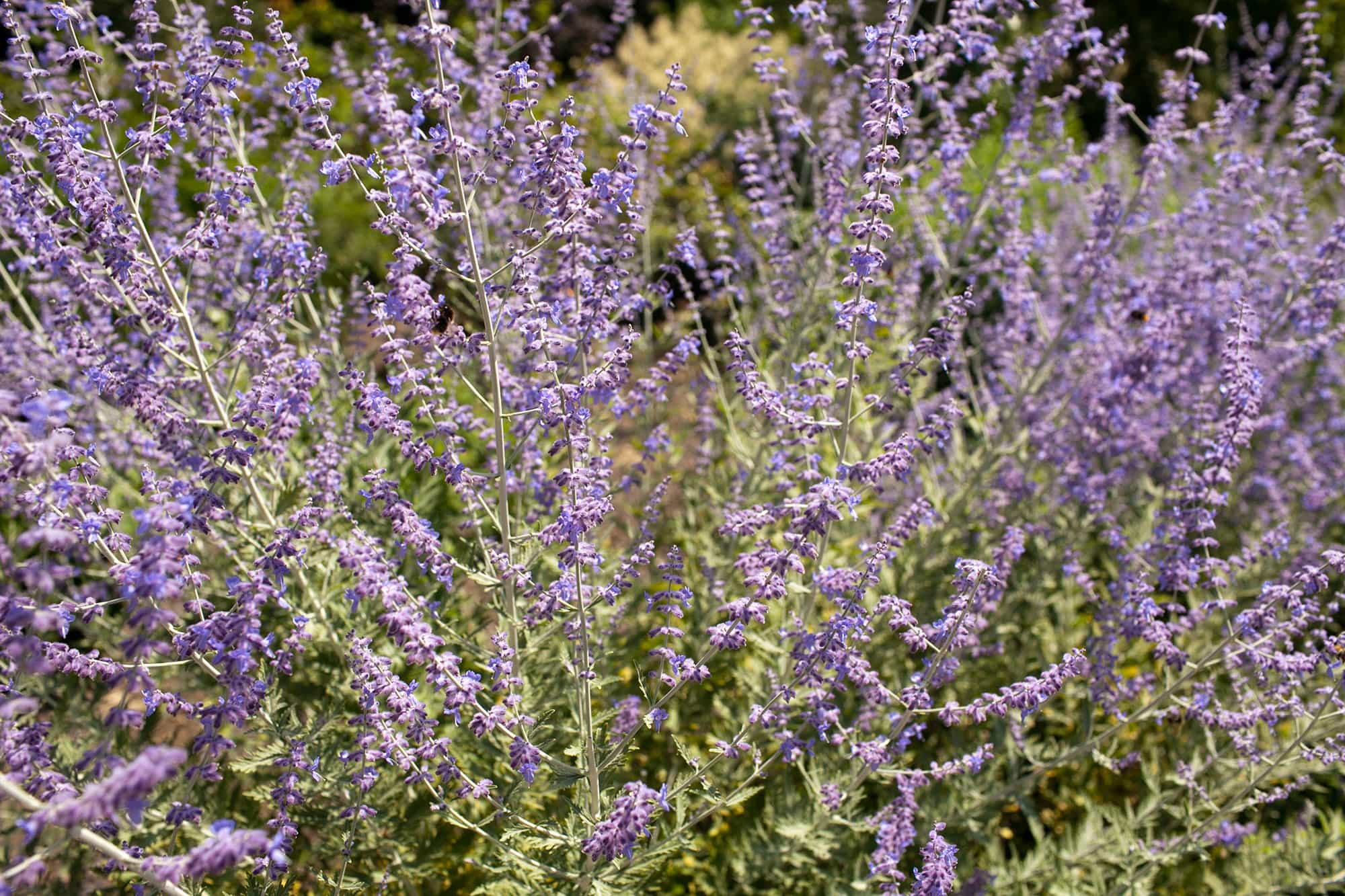 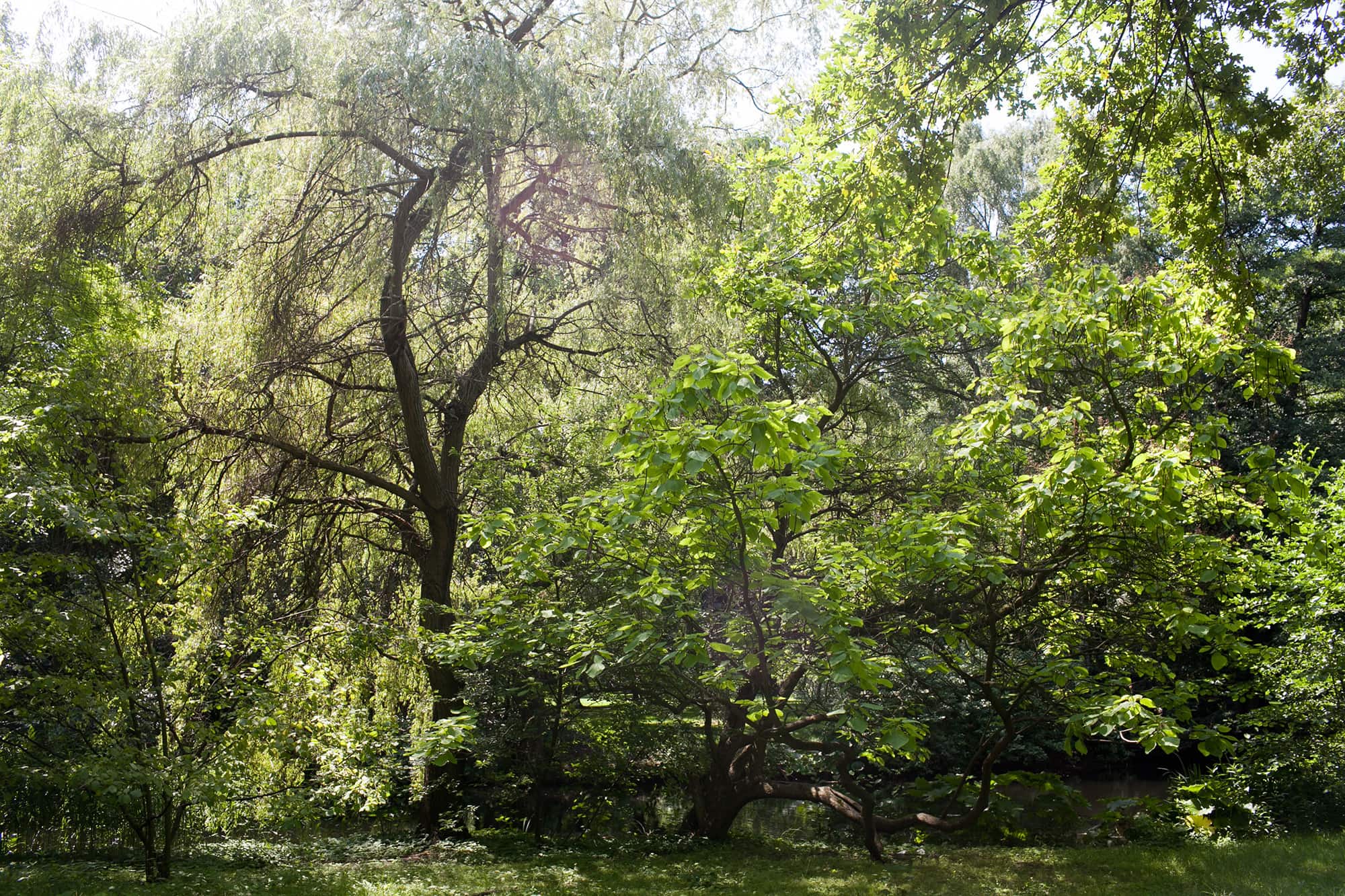 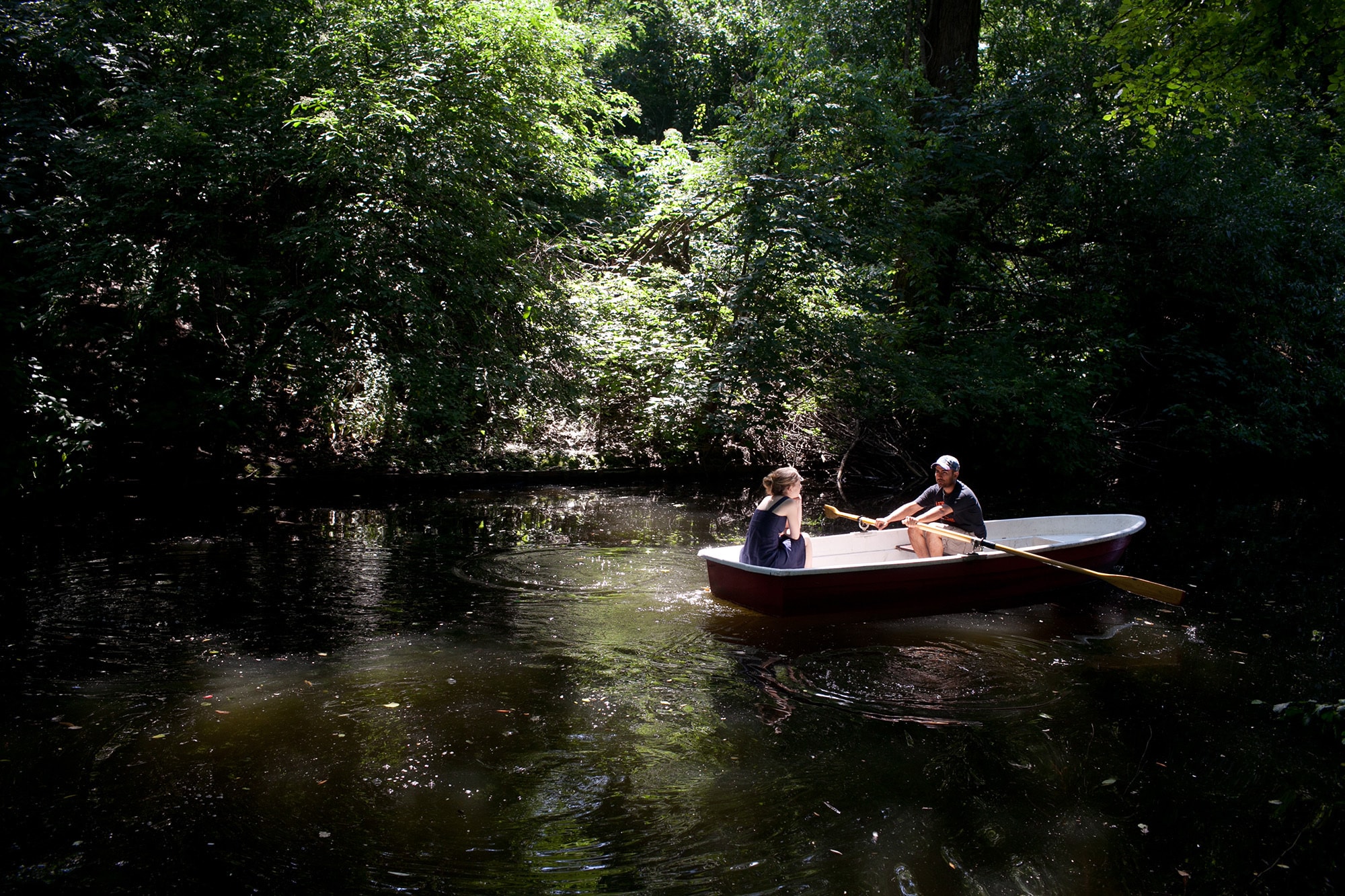 And if things don’t get better, or get worse, and I still find myself alone and lost and miserable, I know I have options. I don’t have to give up any time soon. I could go to England or Australia where I can at least speak the same language. I could go to Amsterdam, a city I already somewhat know and love. I could visit Ali and Andy in Freiburg. I could go to Bremen to visit my friend Jason who apparently doesn’t live in Canada any more.

But, for now, I will keep on with my schedule. I even passed my first big challenge and figured out where the train station is and bought a ticket on to Warsaw (hopefully…). So now I just need to get on the right train tomorrow… 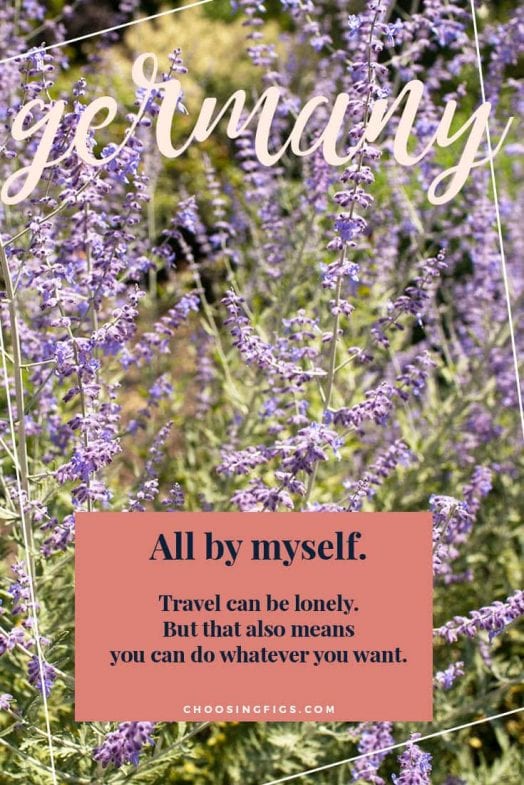 All by myself. Travel can be lonely. But that also means you can do whatever you want. 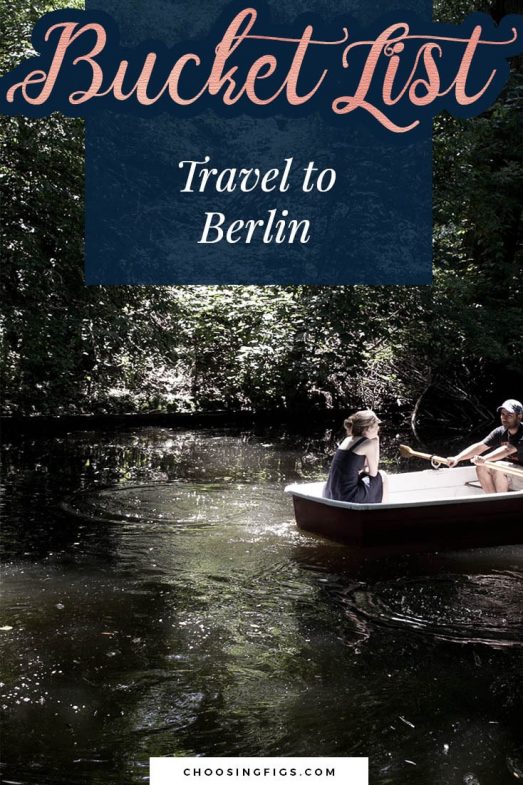 in Berlin, Europe, Germany, Round the World, travel
by Val Bromann

Follow:
All in all it’s just another brick in the wall.

All in all it’s just another brick in the wall.

Next post
Table for One: What I ate in Berlin.