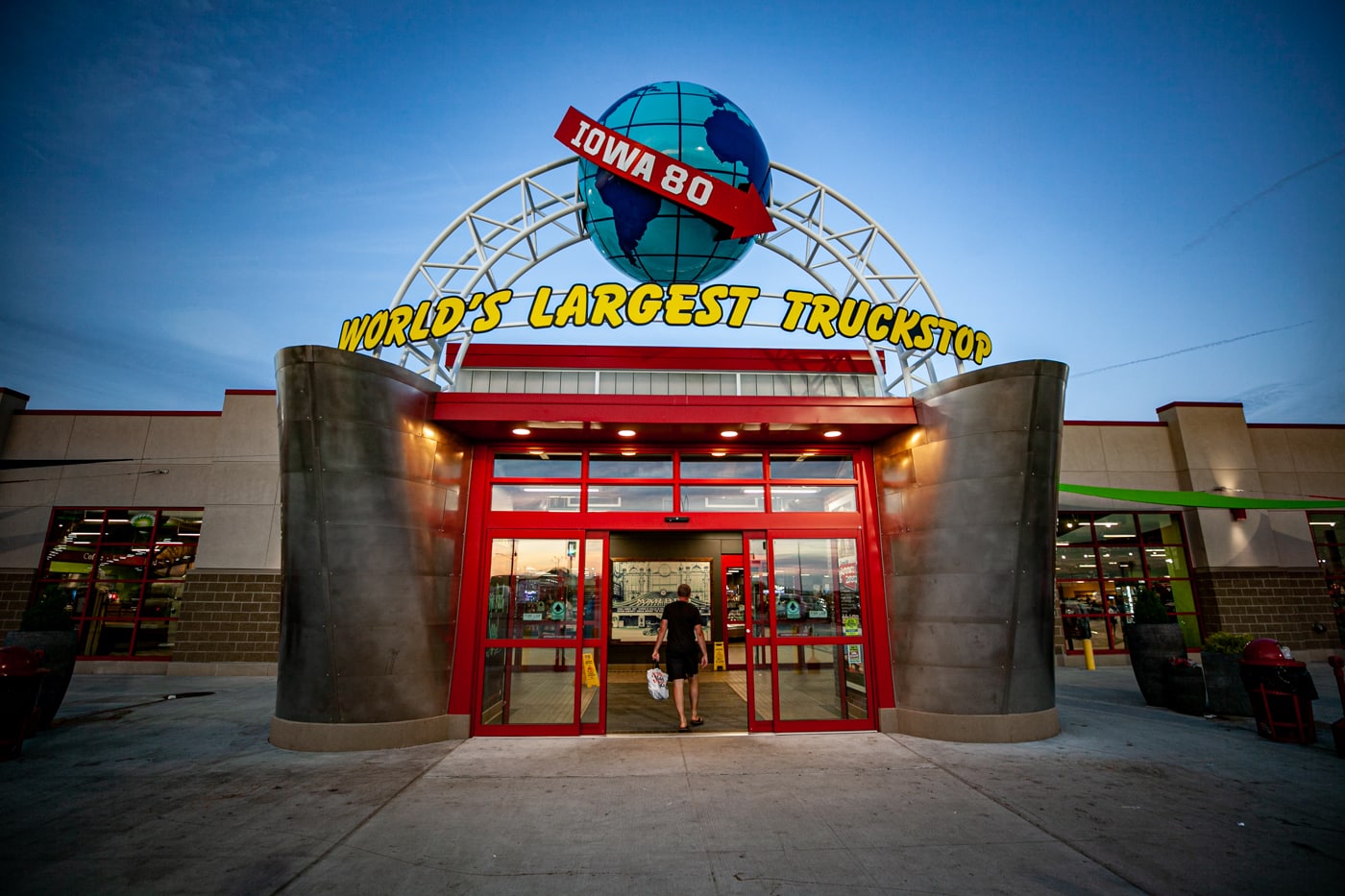 I saw articles about it online and posted one to my Facebook timeline. He commented on it, something about wanting to road trip there because Idaho and Wyoming were two of his last three states to check off. I said, “let’s go!” and, somehow, we turned it into a real trip.

I’d been itching to take a road trip for a while (it was even on my list of New Year’s resolutions for the year). I used to take them all the time. I loved driving around the country. I loved having the freedom to stop at whatever I wanted to stop at. I loved hunting out the weirdest roadside attractions I could find.

But then I sold my car. And I became city locked. And the road trips stopped.

Admittedly, the fact that Tim had a car made the prospect of traveling with someone I barely knew all the more appealing. I mean, renting a car can be expensive. Especially on top of hotels and gas. Plus there was also that little fact that I haven’t driven since 2015.

But, I mean, I knew him. We’d even road tripped together before when four of us drove from Seattle to Hyder, Alaska and back in 2009. But I didn’t really know him know him. And we barely had seen each other since.

But, really, I’ve met and traveled with strangers I barely knew all around the world. I spent three months with Jaime in India after only meeting him in person twice before. So traveling with someone I hardly know? No biggie.

So we planned a ten-day road trip around sleeping in a big potato.

Of course, by the time the departure date came around the potato had canceled on us. Something about code violations because the potato and the potato’s bathroom weren’t attached. Like I actually expected an attached bathroom on a potato? Whatever.

It was disappointing. But, by that point, we had the route set. We had other accommodation booked. I had mapped out 120 other roadside attractions along the way.

There was no turning back. Potato. Or no potato. 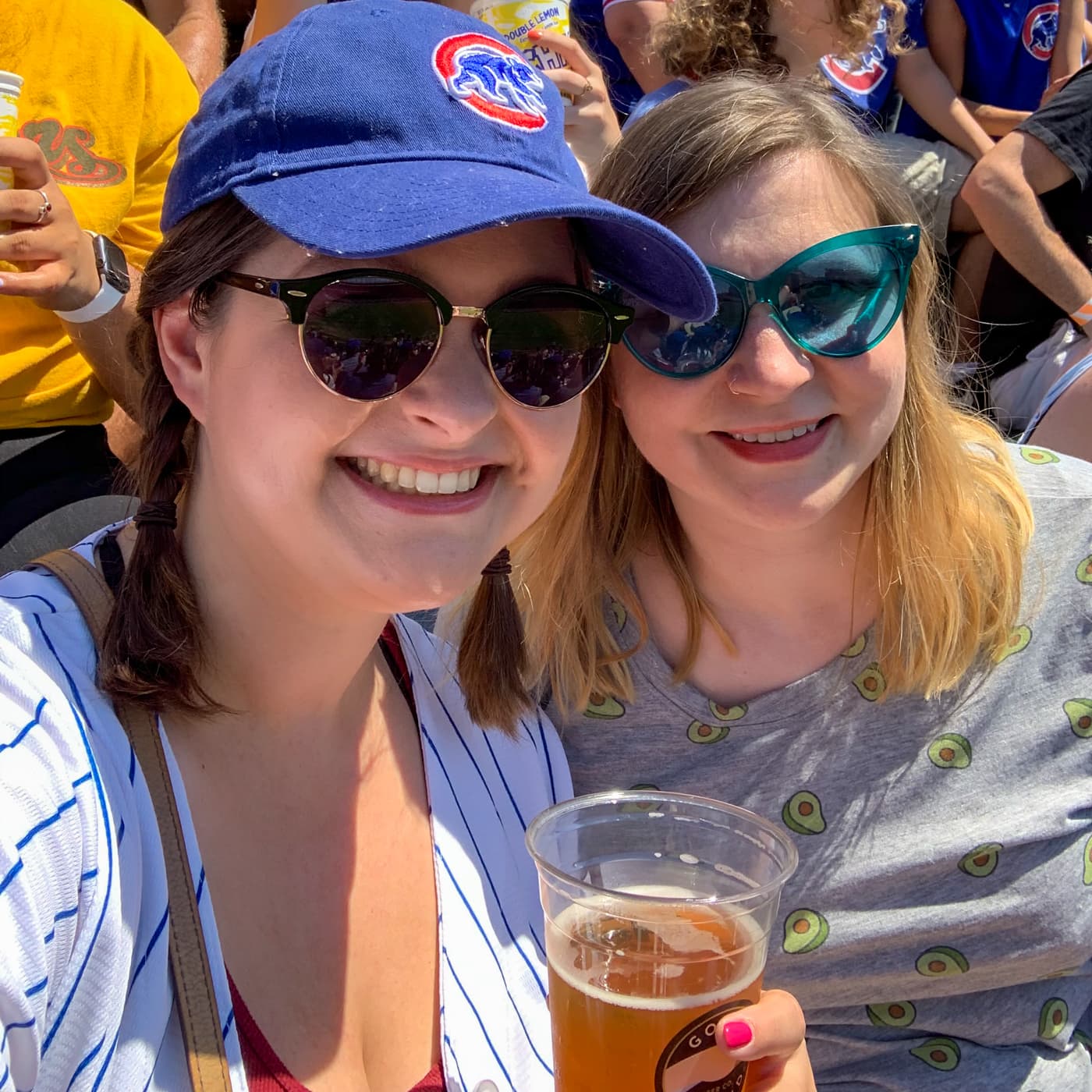 Cubs game with Amanda. No, I do not own a Cubs shirt. Avocados work, right?

I had a Cubs game the Friday we were leaving, a work outing I didn’t want to skip. So I spent the afternoon baking in the direct sunlight that hit the bleachers. After a sausage from Hot Doug’s (because really that’s the only reason for me to go to a Cubs game), I called it quits, left early, and ran home to take a cold shower before hitting the road. 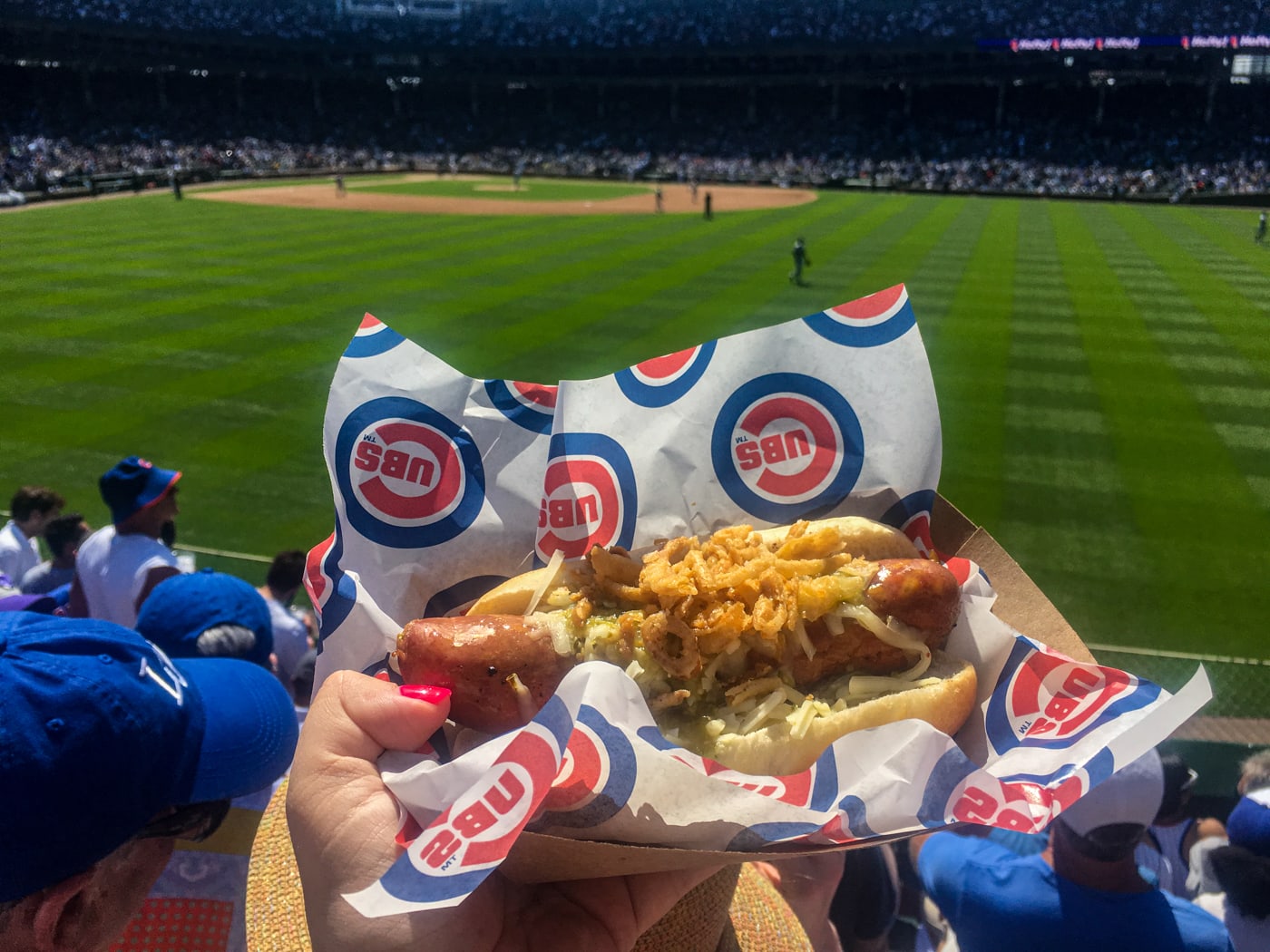 The only real reason to go to a Cubs game: Hot Doug’s.

Tim picked me up around 4:30 and I squeezed all my luggage into his trunk. I pride myself on a being a super light packer on flights but on road trips, with no TSA restrictions or luggage fees, it’s no holds barred.

We had a long trek on our first night: Chicago, Illinois to Des Moines, Iowa. A five or so hour drive compounded with rush hour traffic and Lollapalooza crowds.

We had originally planned to leave on Saturday morning, so I’d planned a few stops along the way. But with the time crunch to get to our Des Moines hotel at a somewhat decent hour and the setting sun, we had to forgo almost all of them.

Alas, it was the second time in my road tripping career that I had pass right by the Future Birthplace of Captain James T. Kirk. But, I guess I still have 214 years to make it back. 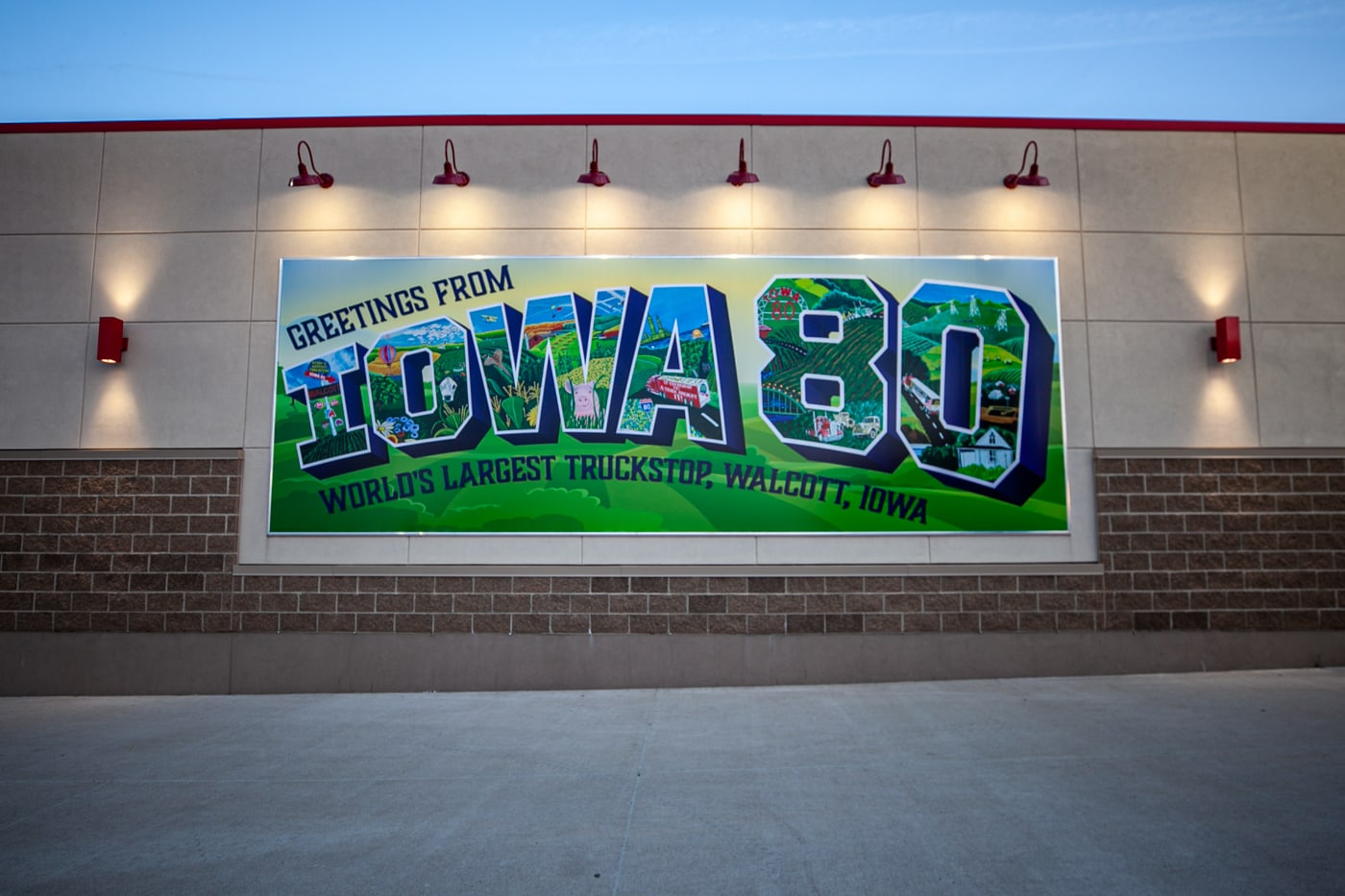 We did manage to squeeze in one roadside attraction before dark: Iowa 80, the World’s Largest Truck Stop. Because we needed to stop for gas anyways and, if you’re traveling I-80 close to the Iowa/Illinois border, you really can’t go anywhere else.

We had thought about trying to stop at a few other stops, but the sun was quickly setting and my stomach was starting to grumble. So we pressed on, and finally made it to our hotel in Des Moines at 10 or 11pm. We checked in and then turned right around to get food. 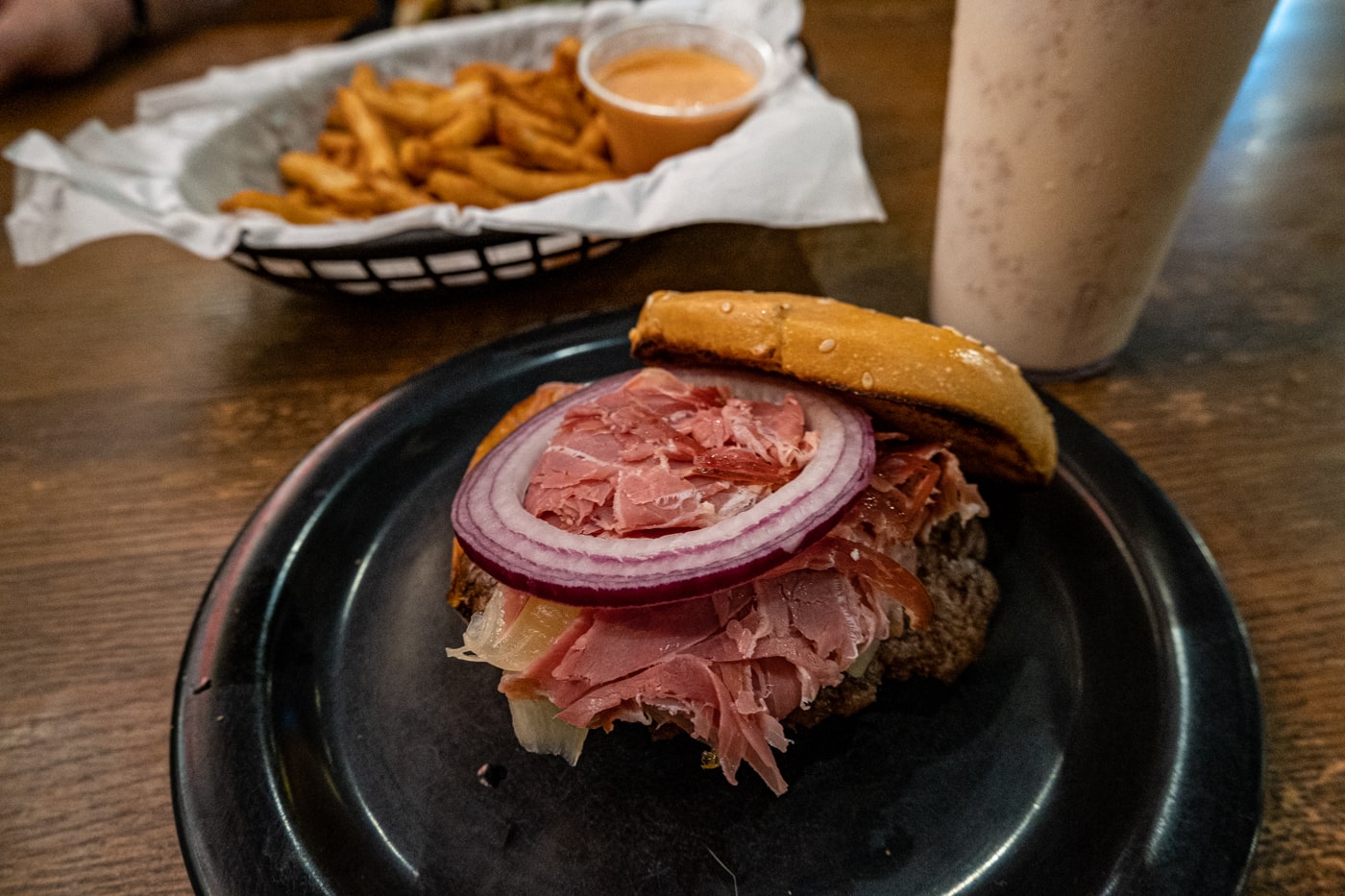 There was a place called Zombie Burger just down the road and it fit into the theme of weird stops quite well.

I had a burger topped with prosciutto and brie but was really more excited to get a Rice Krispie Treat milkshake because it combined my two favorite desserts into one. The ice cream made the Rice Krispies more chewy than soggy, so it was acceptable (do you know I hate soggy cereal so much that I go to great lengths to make sure it doesn’t turn to mush? Ask me to show you my technique sometime.) 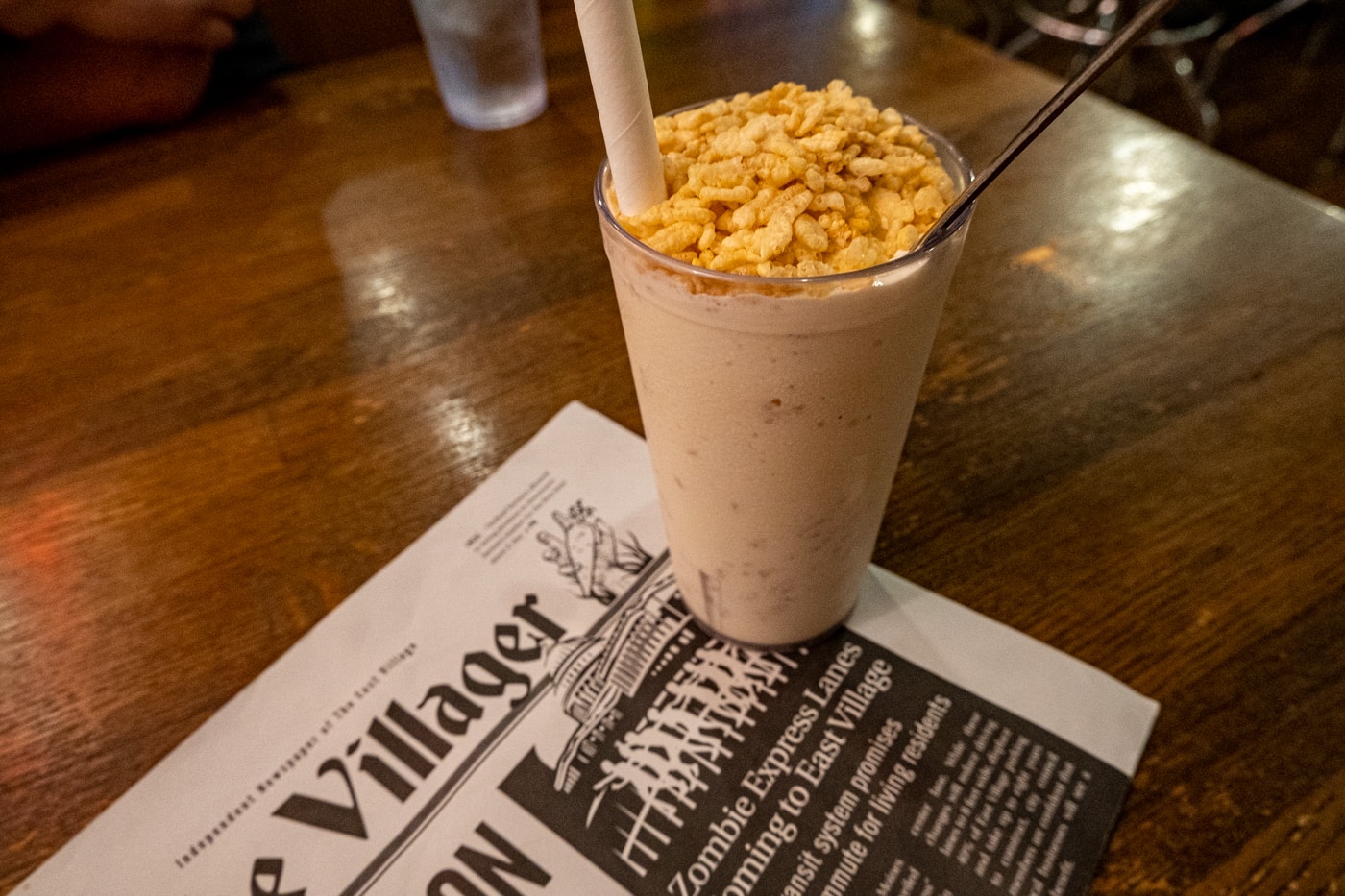 And that was day one of our ten-day, ten-state, no-potato road trip. There were still nine days, approximately ten million stops, and a few more milkshakes ahead…

Next post
A Road Trip. Day 2. Des Moines to Omaha.