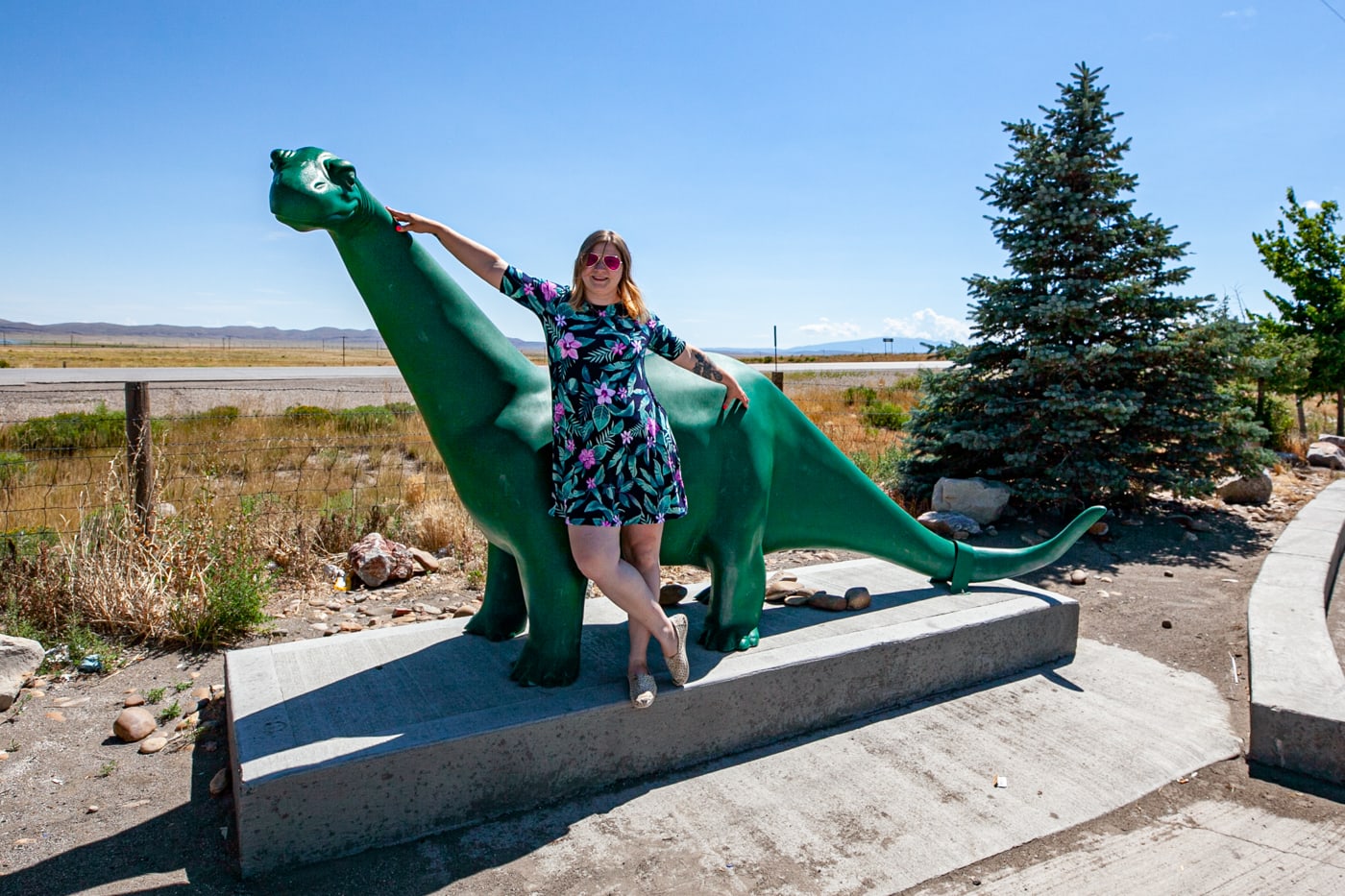 There’s nothing between Cheyenne, Wyoming and Salt Lake City, Utah. At least, nothing that I was super excited to see.

That’s the problem with road trips sometimes. Sometimes there will be twenty things in a short short distance. And, other times, nothing for hours.

That’s not to say that we didn’t see anything on the six and a half hour drive.

We stopped in Buford, Wyoming, population one (though I heard that guy moved, so maybe, actually, zero). It’s the smallest town in America. 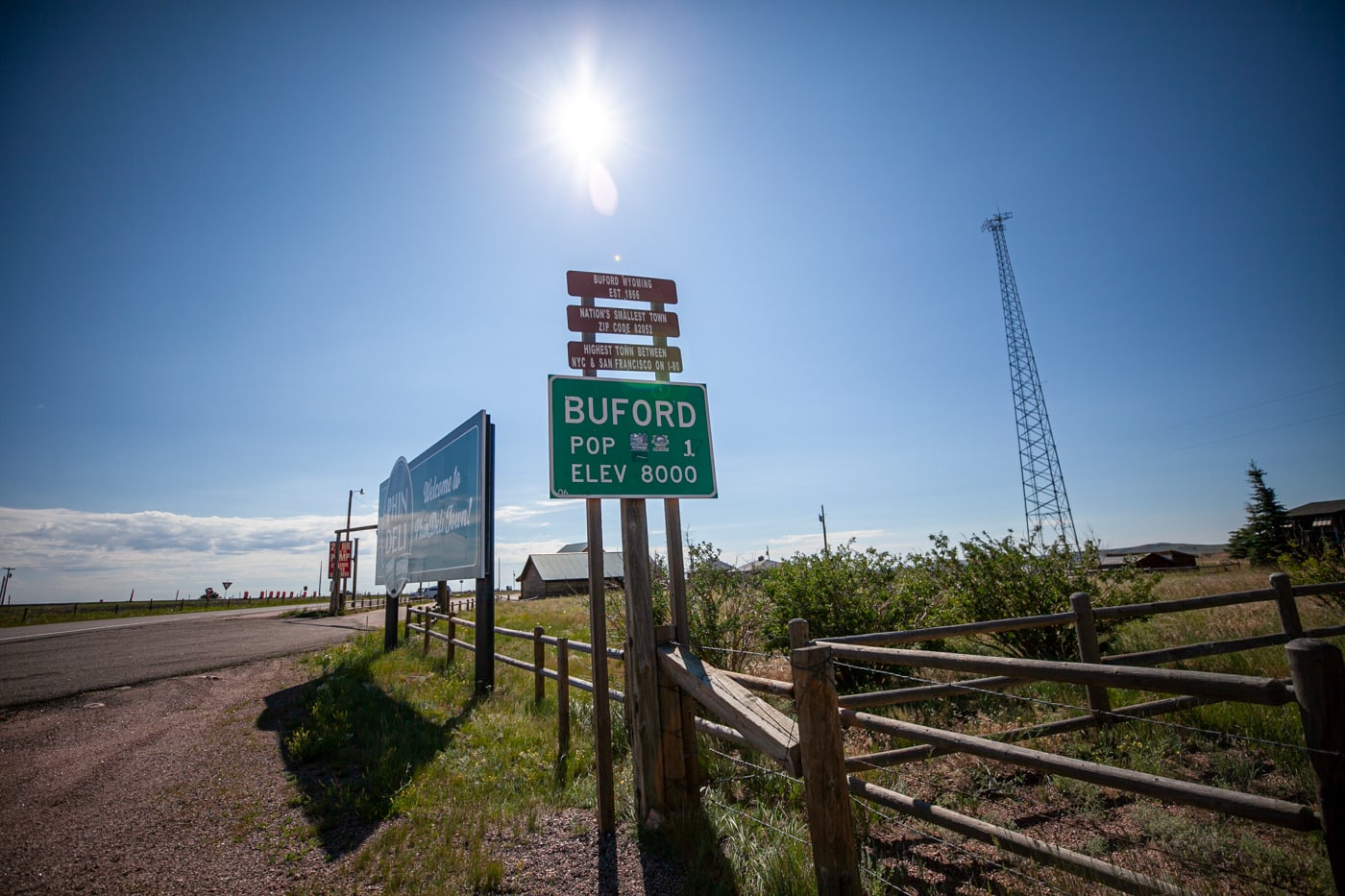 And we stopped at the Gunslinger 66 and Tumbleweed Gas Station Town, an old-west style gas station in Laramie, Wyoming that was, unfortunately, closed down. 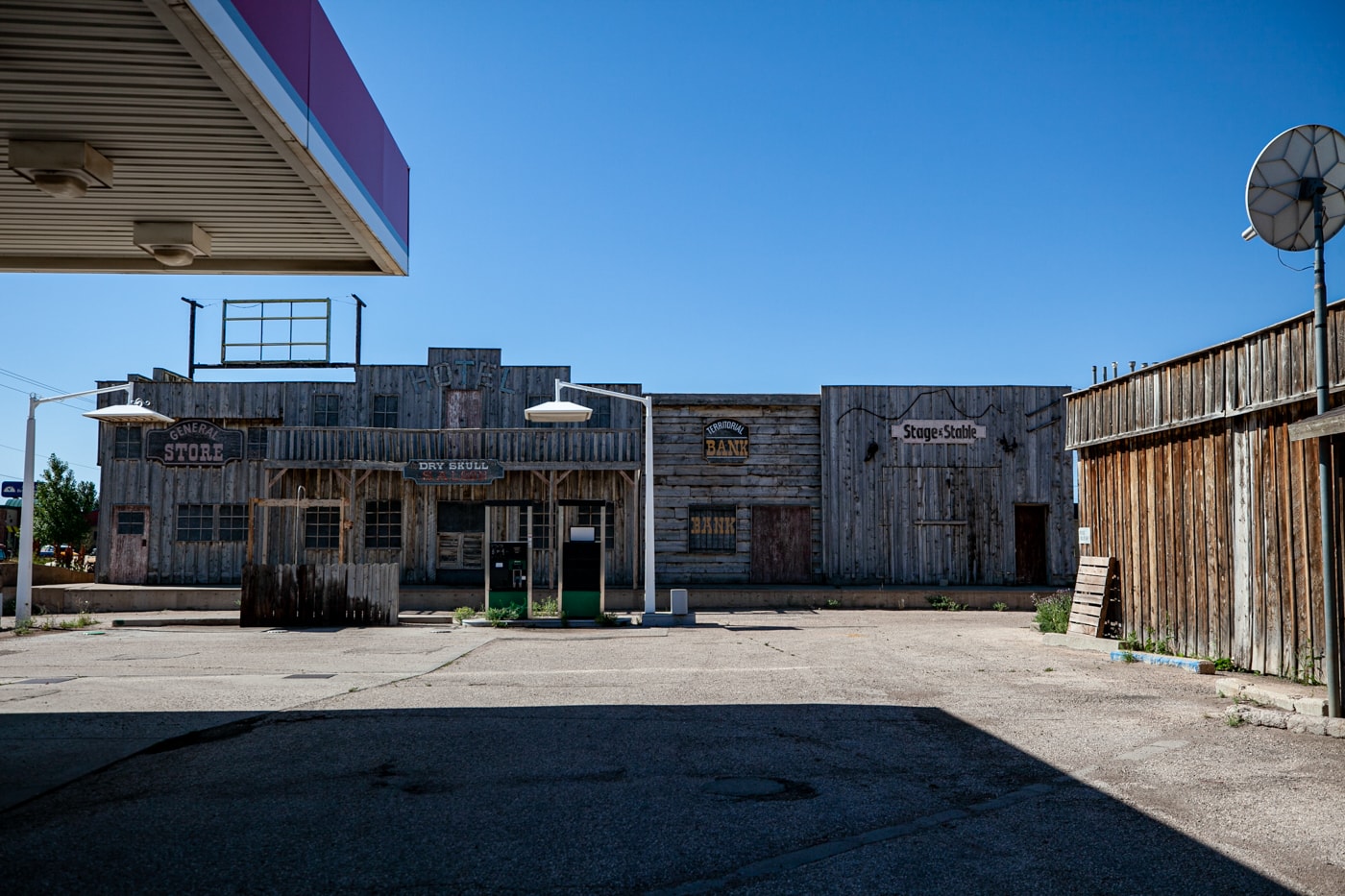 And we stopped at a Sinclair Dinosaur in Sinclair, Wyoming. And I took all the photos of the Dino. 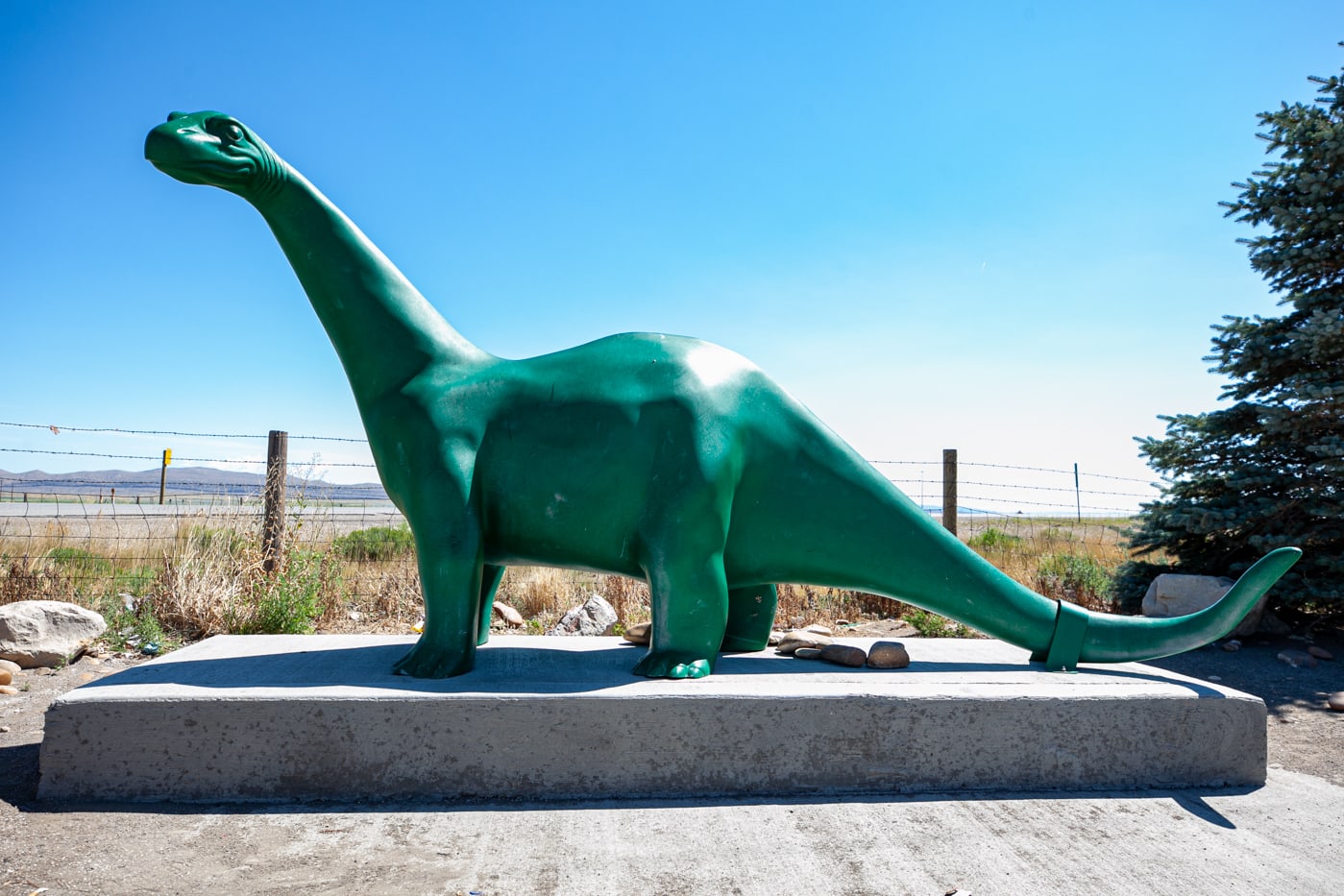 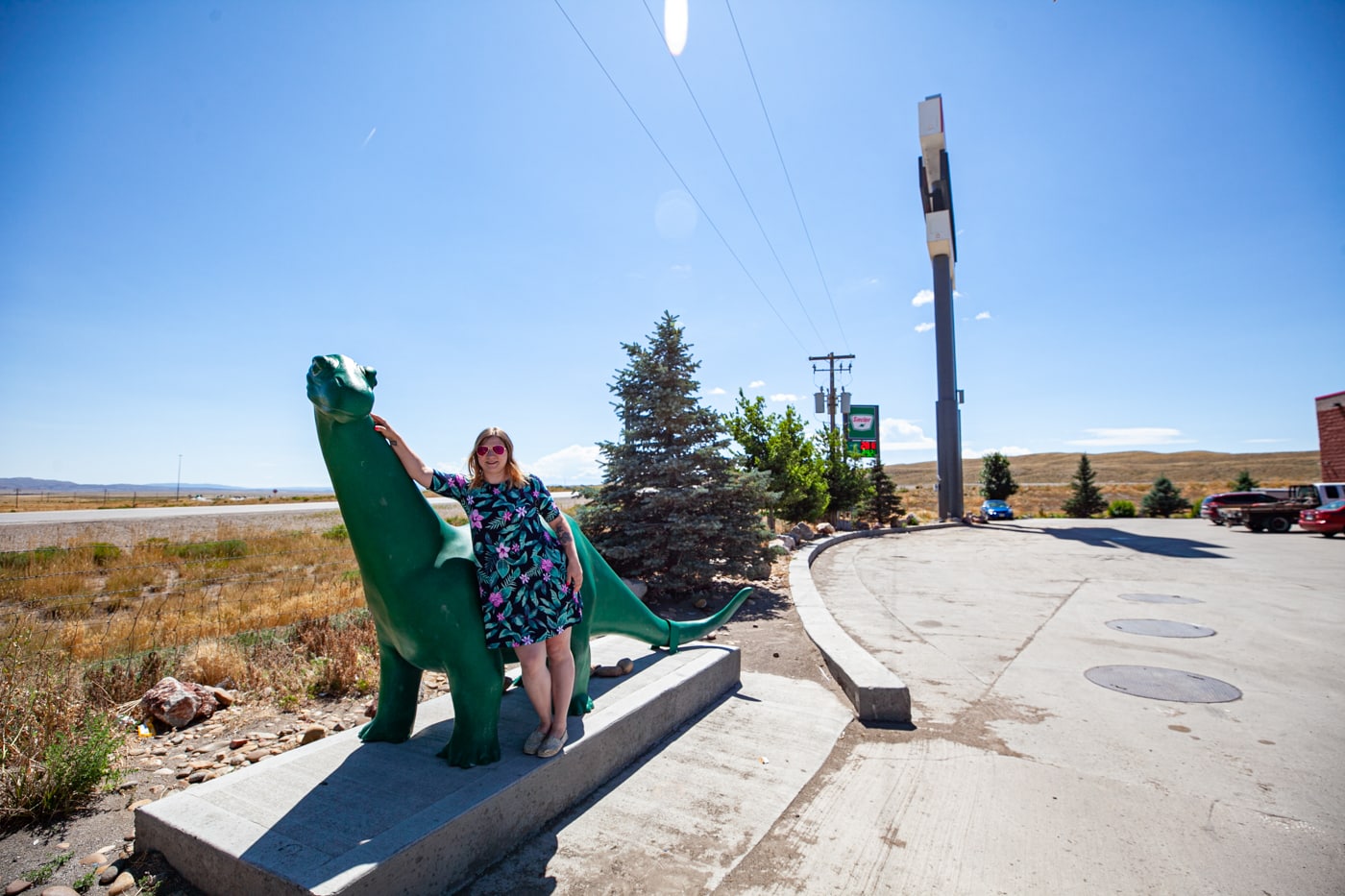 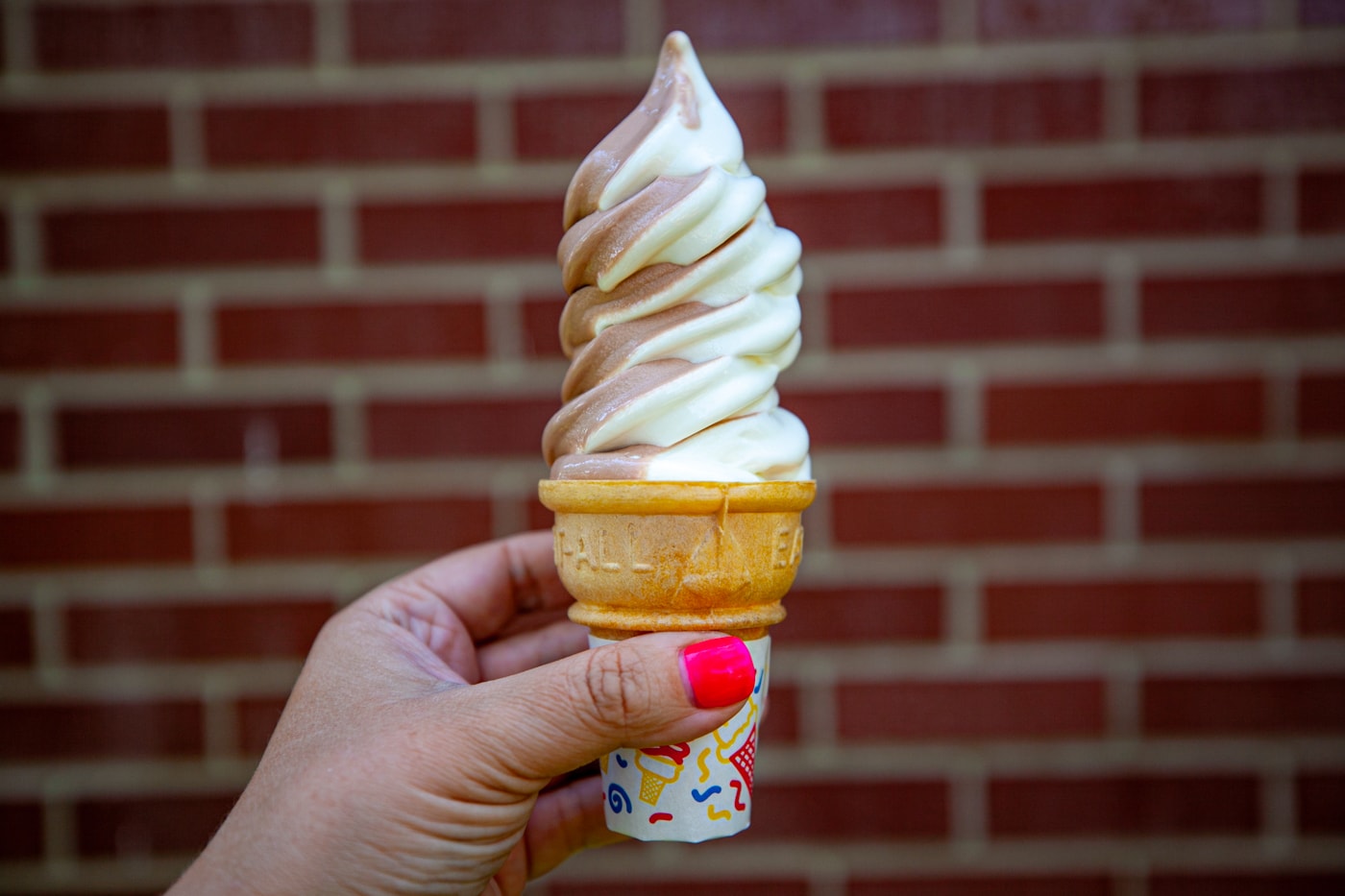 But that, besides the scenery, was really all we saw between Cheyenne and Salt Lake City. 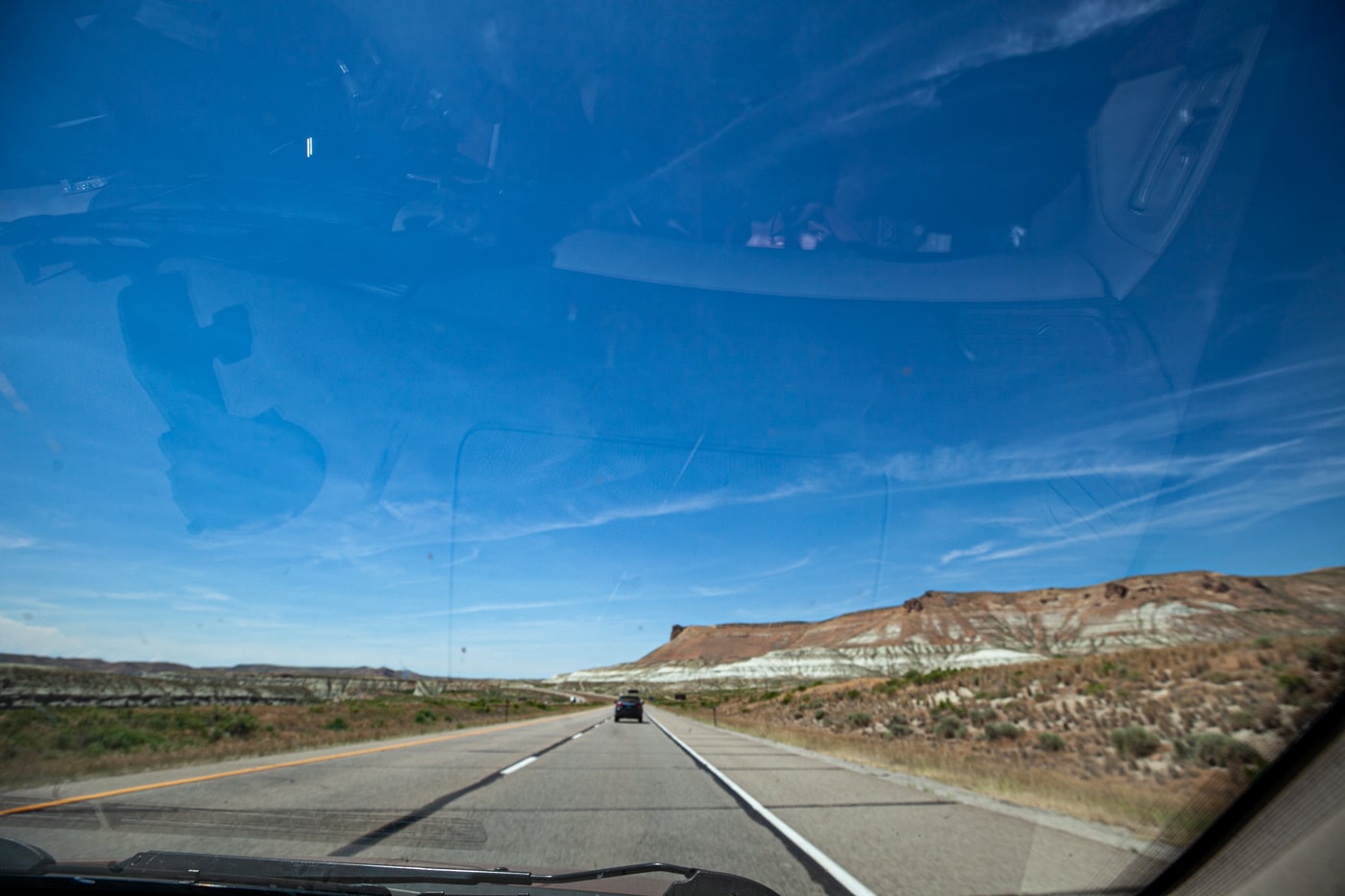 Once in Salt Lake City, though, there was plenty to see. Or, at least, plenty I wanted to see. I mean, I guess most people who come to Salt Lake City want to see Temple Square or the Capitol Building. But I kind of just really wanted to see Spock. (The Spock Muffler Man at Rainbow Neon Sign Co. that is. You can read about it here.) 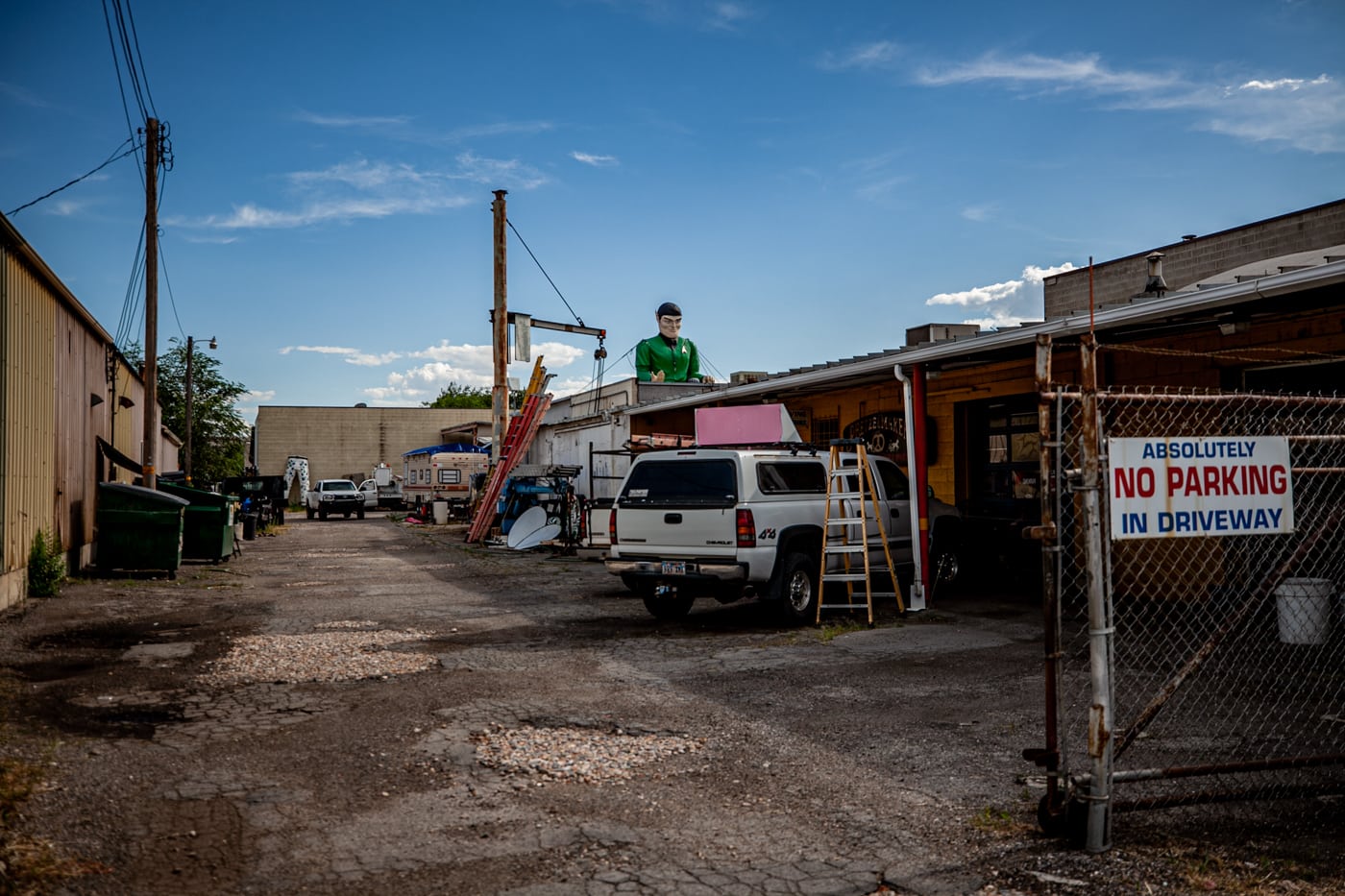 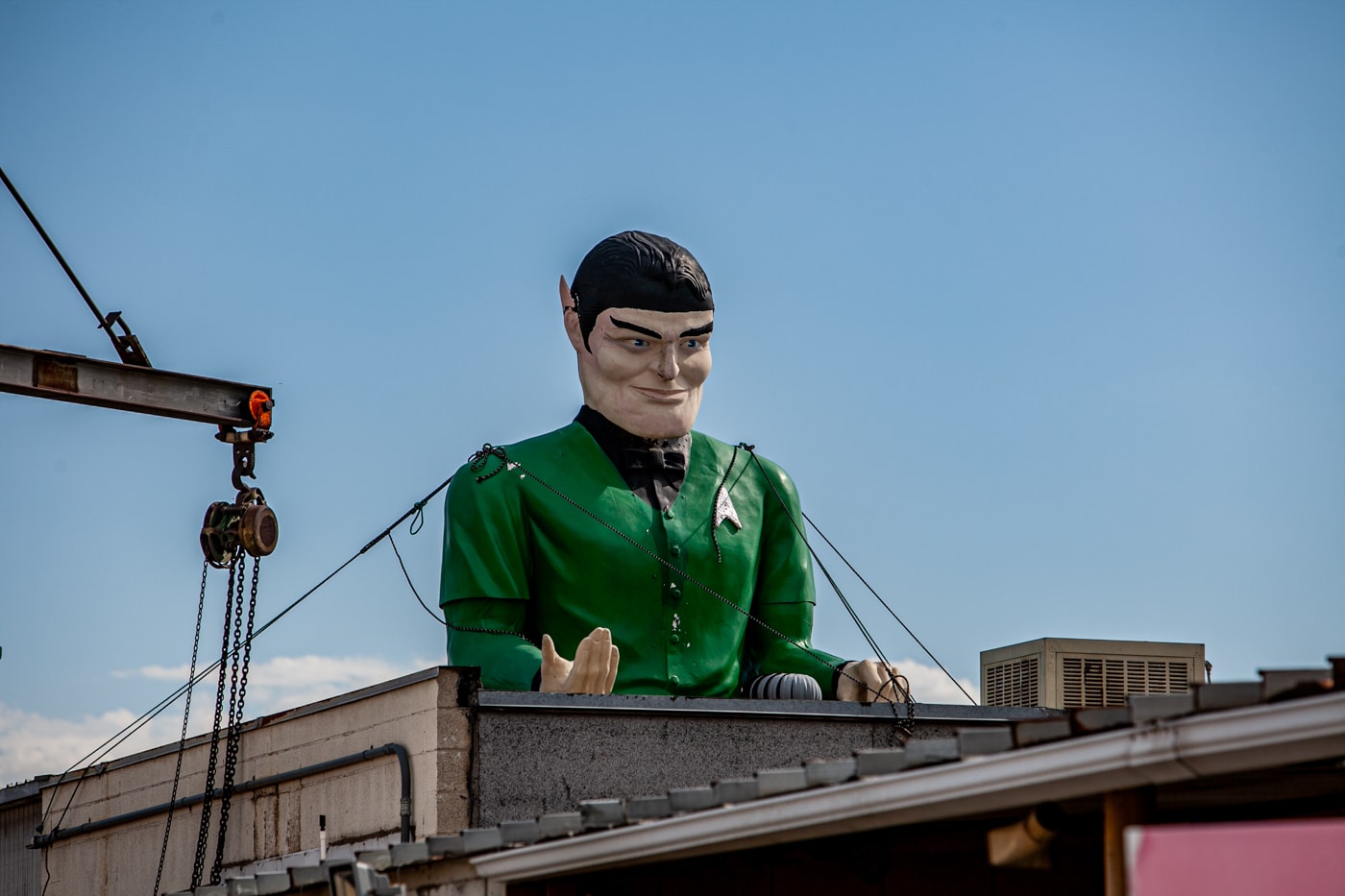 To be fair, I was in charge of finding all the weird shit and Tim was supposed to figure out what normal people see. So if we didn’t see any of the normal stuff anywhere, blame his lack of planning. 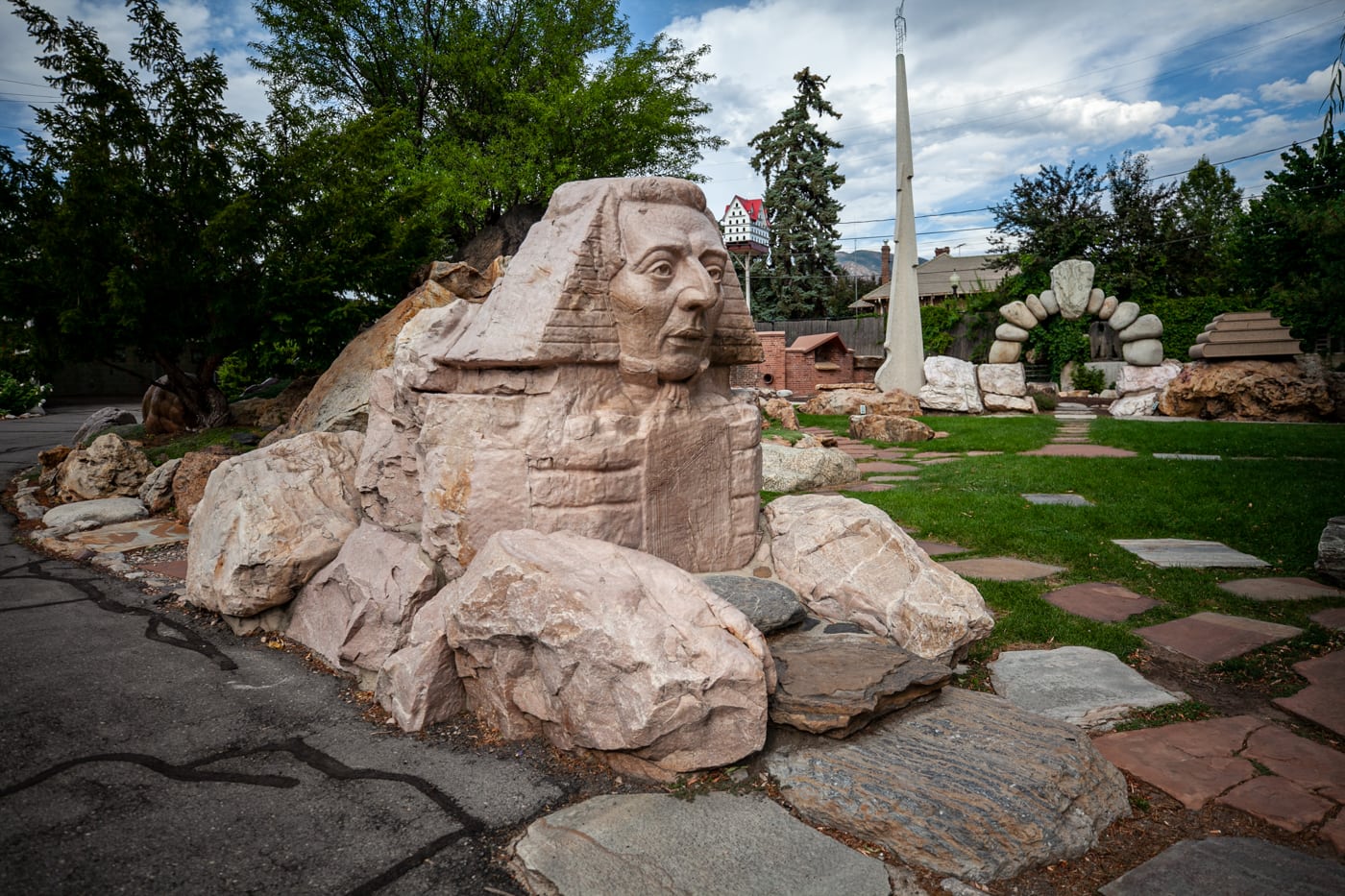 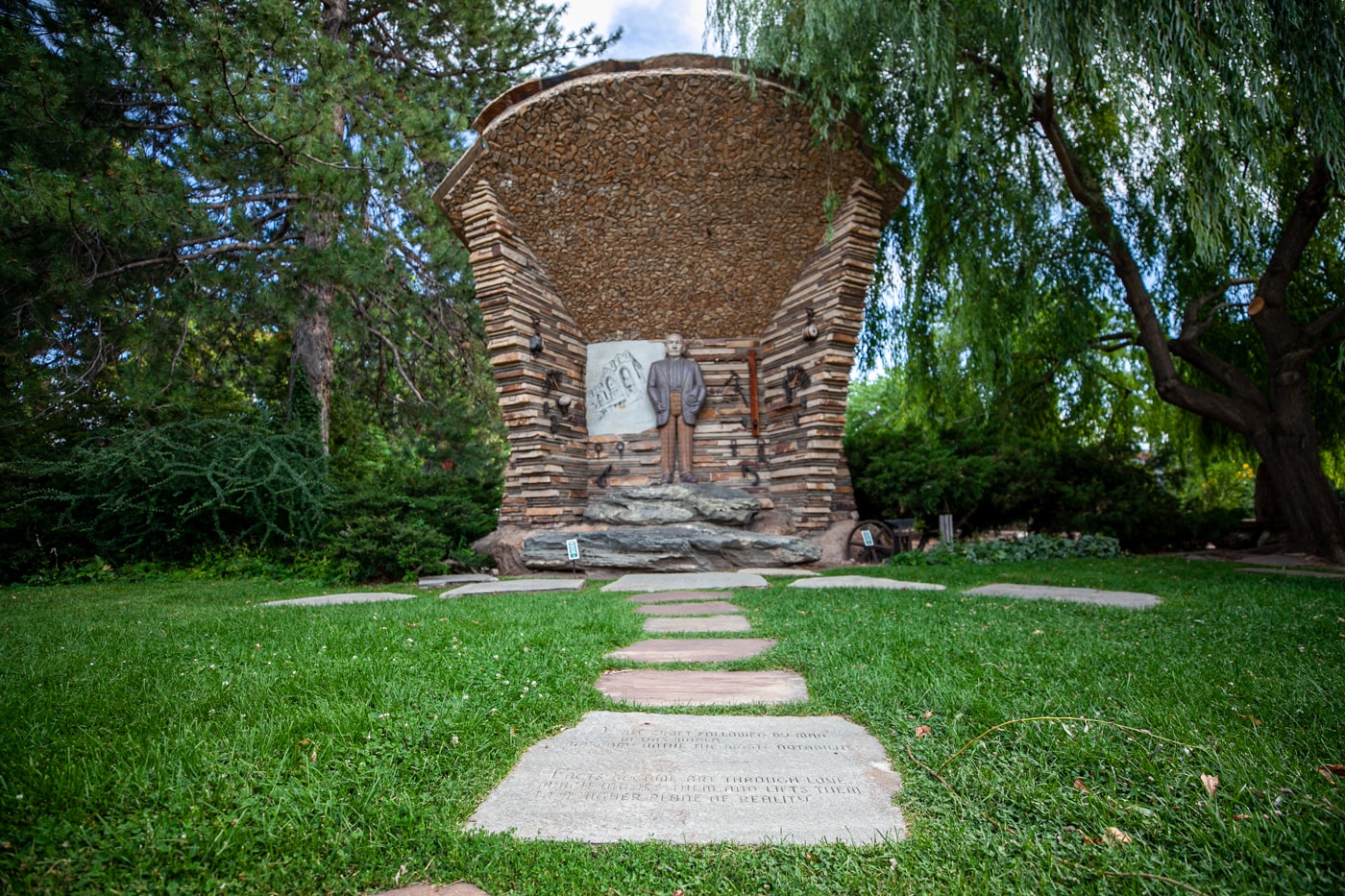 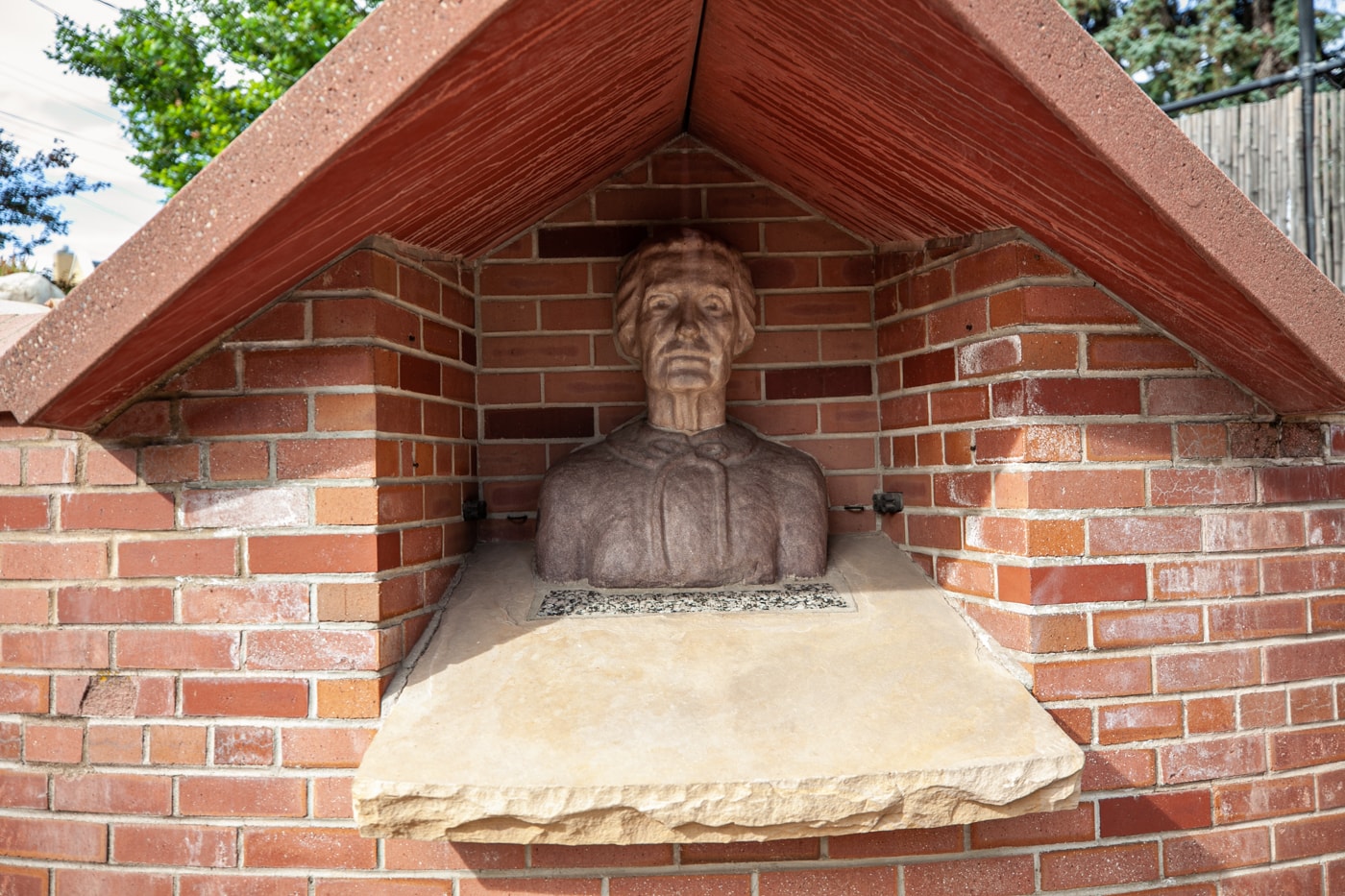 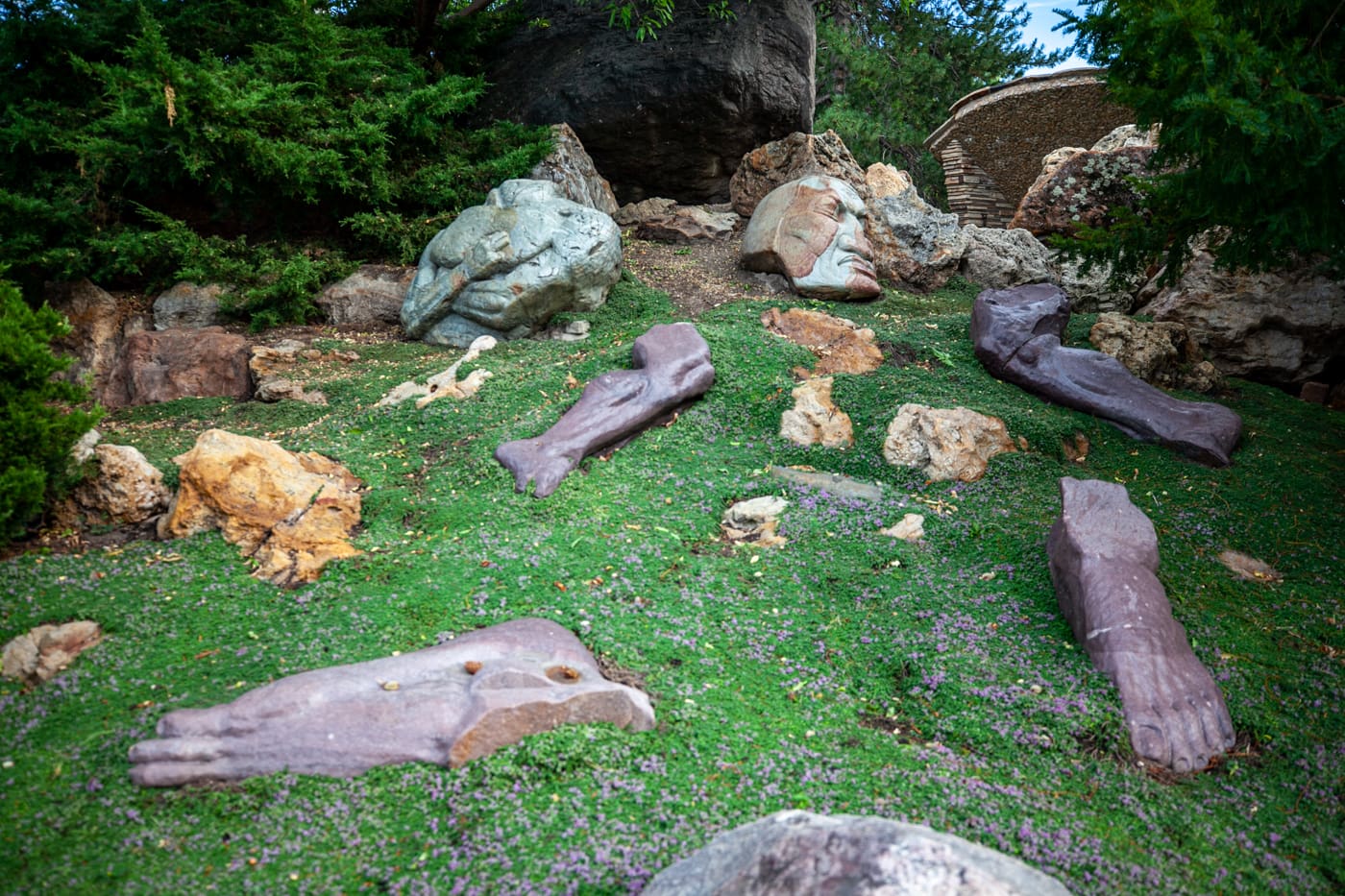 Anyways. Salt Lake City had a lot of cool murals. 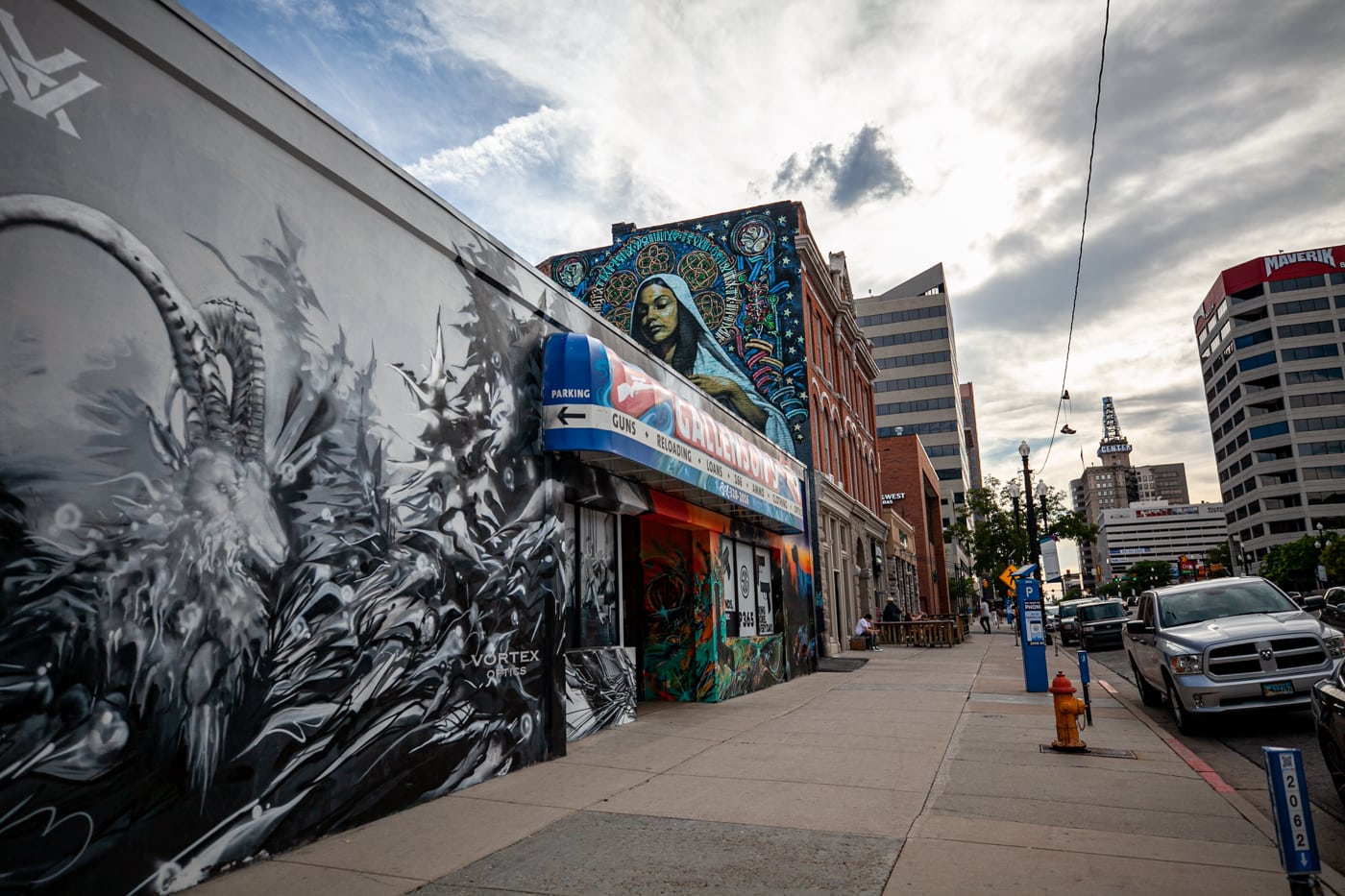 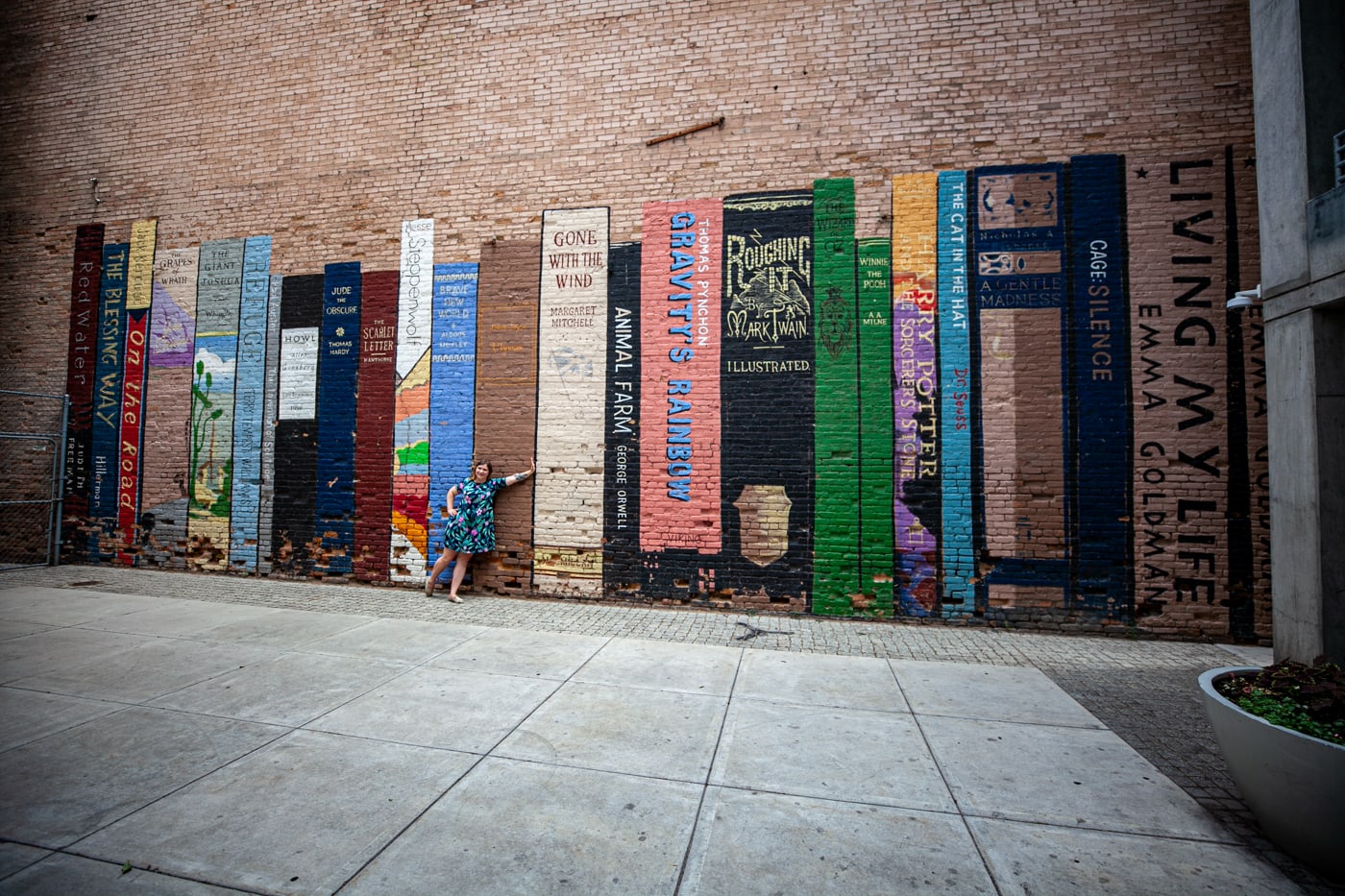 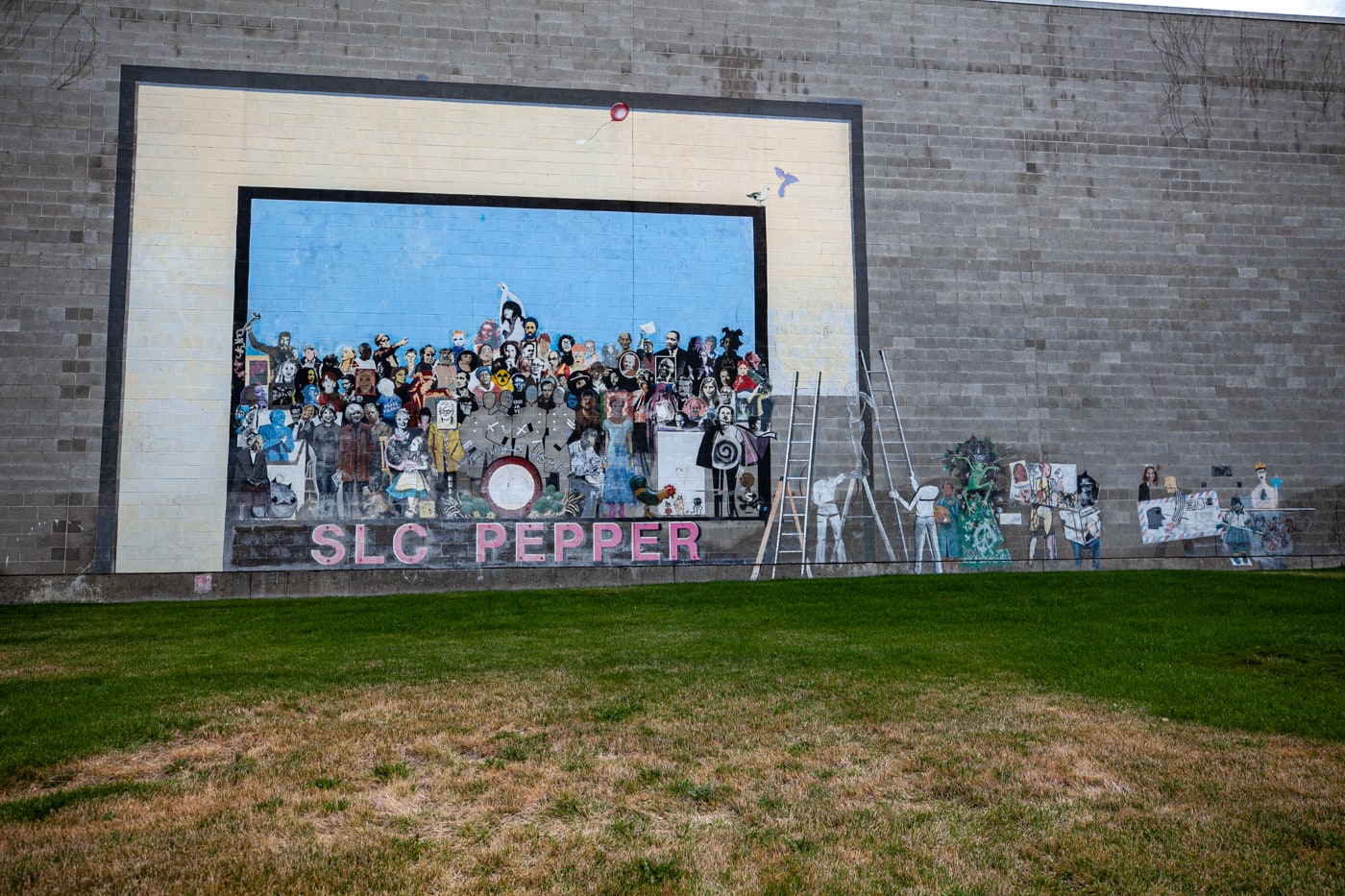 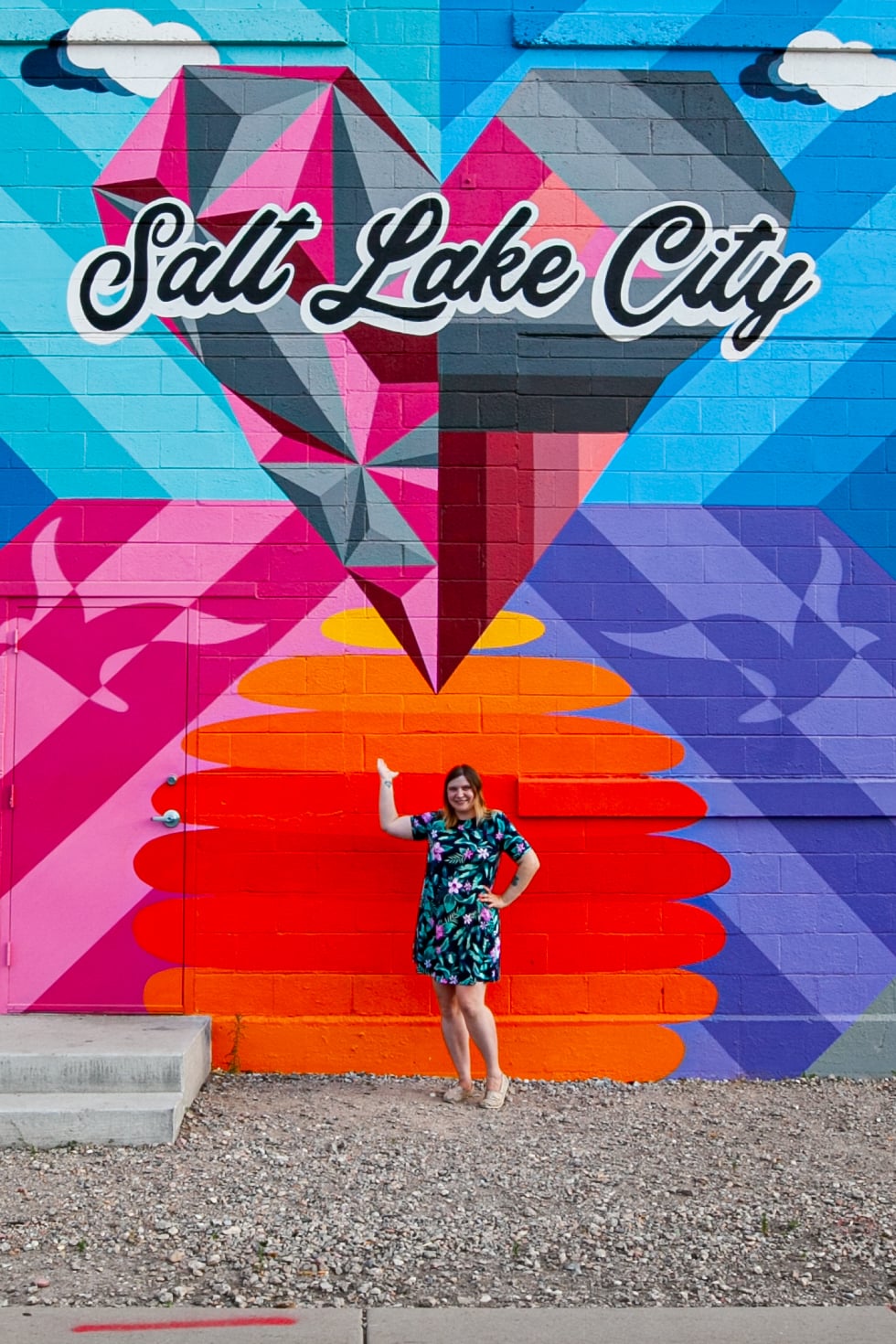 And by then we were so exhausted because SALT LAKE CITY IS WAY BIGGER THAN IT LOOKS ON A MAP so we took a Lyft to a restaurant where I got a salad because literally all I’d eaten on the trip was fries. 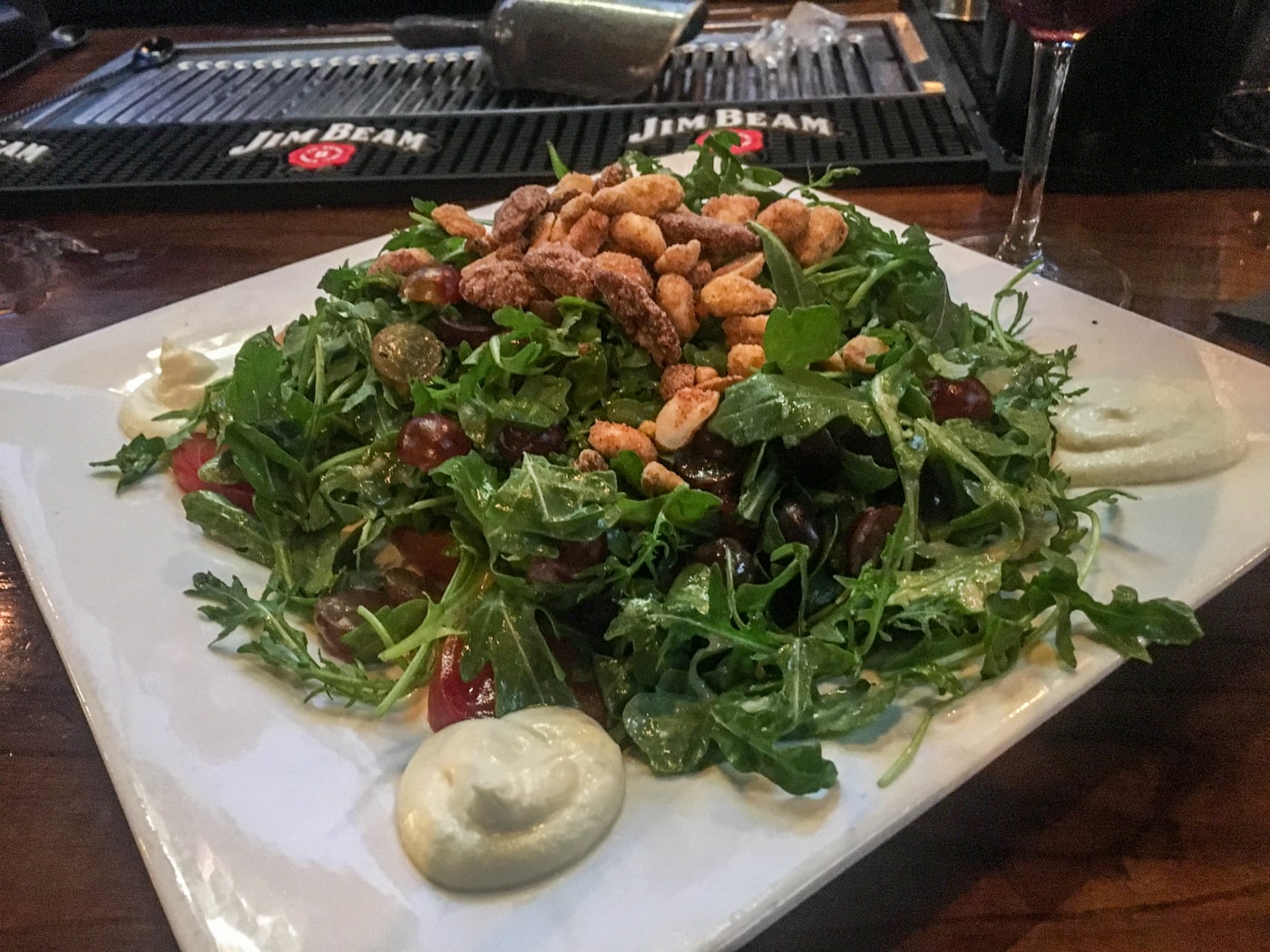 And then we went to our AirBNB which was so cute and adorable and hipster and fun and I totally could have lived there. If the bathroom wasn’t in the kitchen… 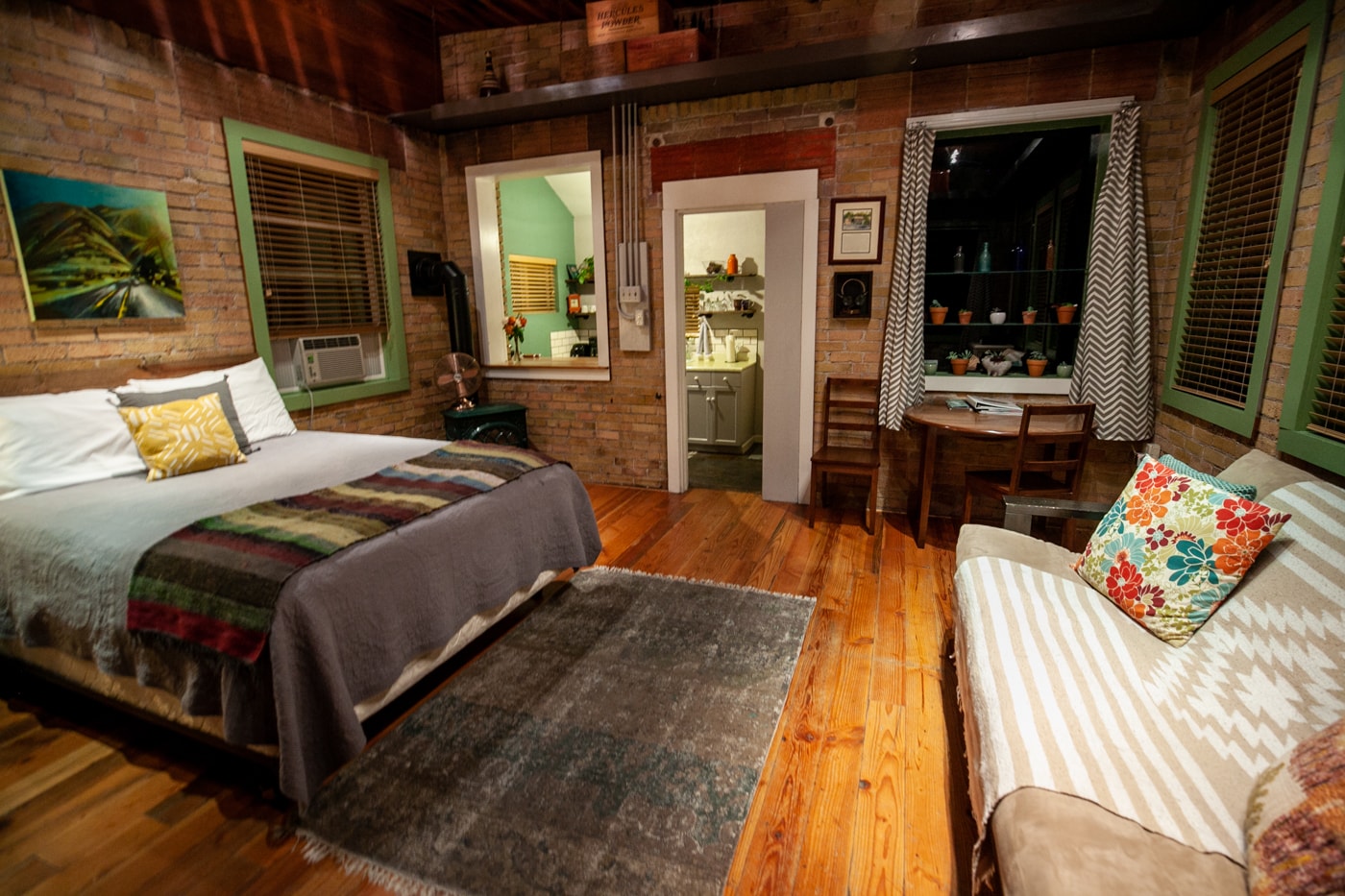 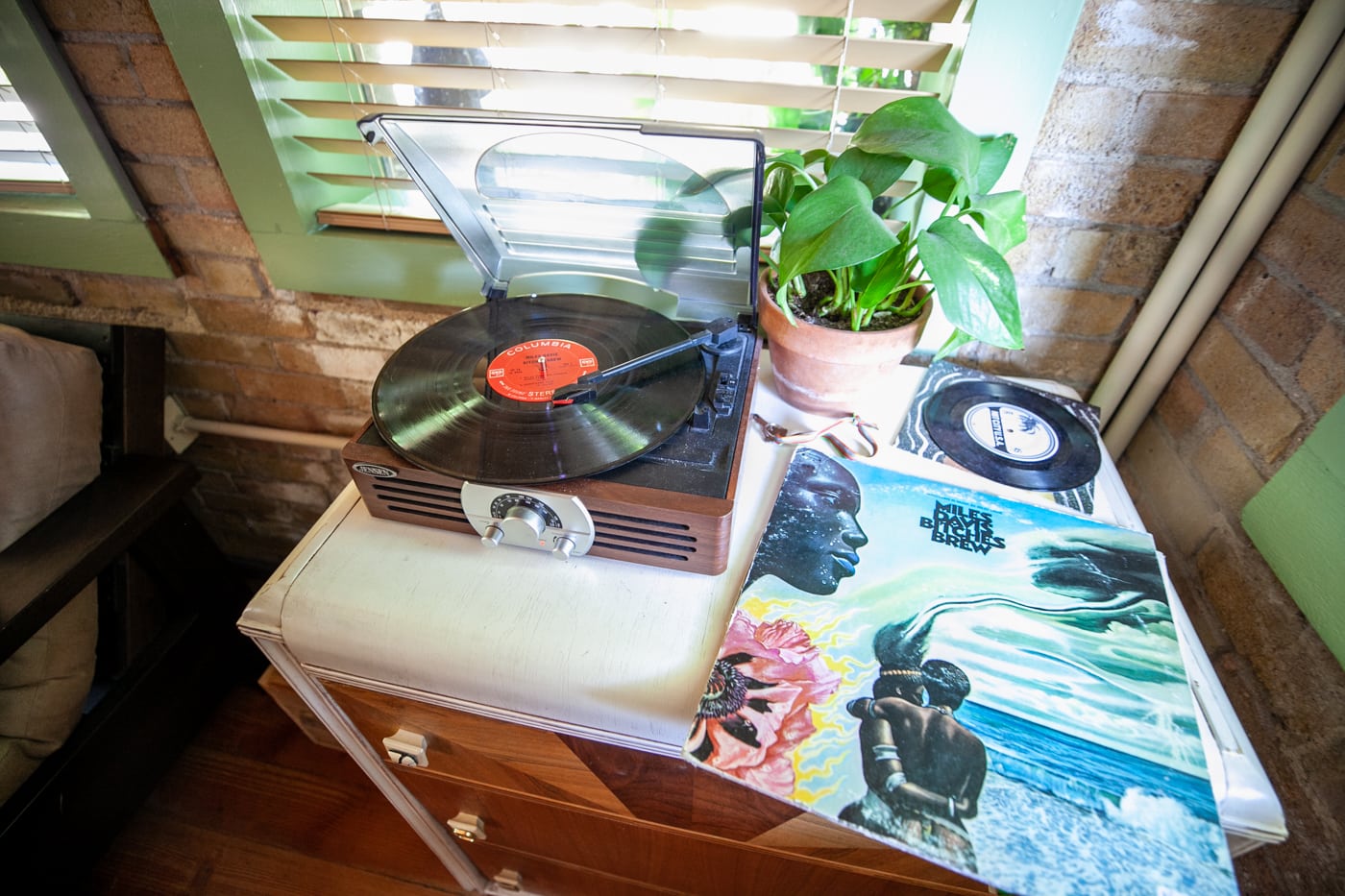 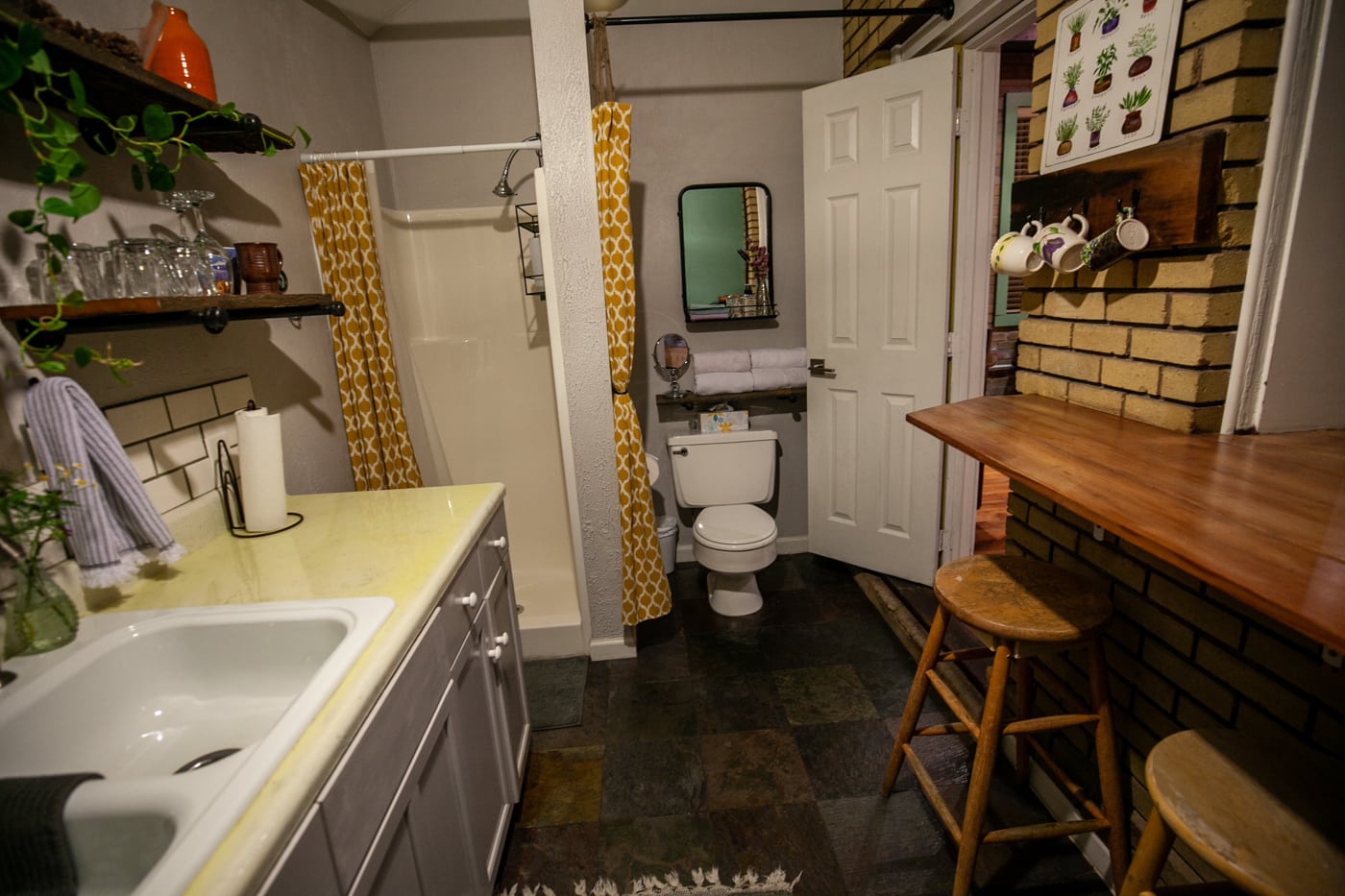 Anyways, that was day four of our ten day road trip.

Follow:
A Road Trip. Day 3. Nebraska and the Sandhills Journey.

A Road Trip. Day 3. Nebraska and the Sandhills Journey.