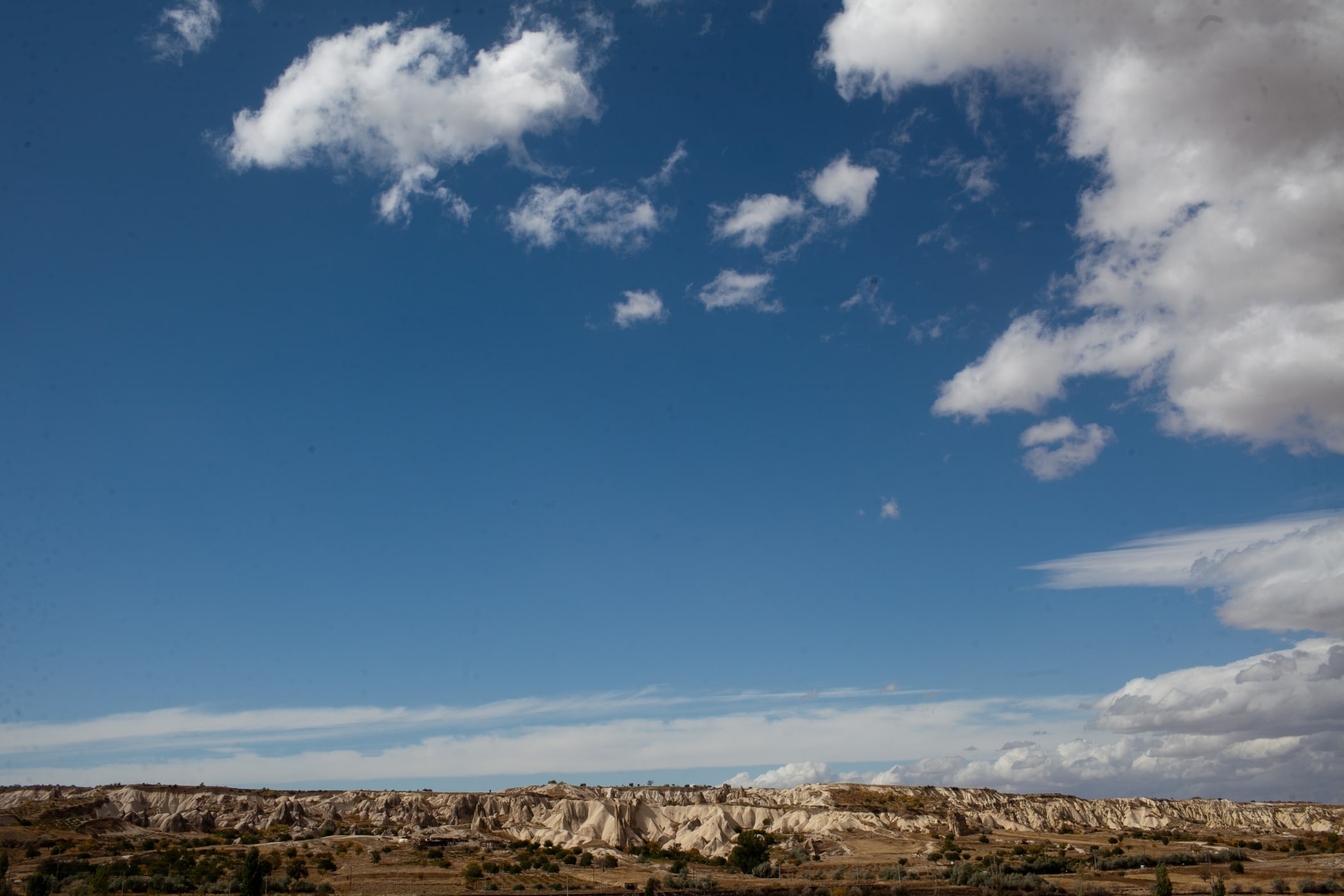 A long story, mostly about puking.

I want a Turkey sandwich. Turkey, mayo, swiss, on white bread. (I don’t like vegetables on my sandwiches.)

It’s a weird craving to have, especially since I’m a hot lunch kind of girl, but it was the only thing my food-poisoned brain could think of that sounded appetizing.

I was homesick on my last day in Cappadocia. Mostly because I was still nauseous and just wanted that turkey sandwich and had to settle for crackers.

Partly because it was the day of the annual Music Box Massacre 24 hour horror film fest back home, one of my favorite things to do each year. I remembered sitting on the sidewalk last year waiting for the doors to open and lamenting, only half really believing it, that I wouldn’t be there for it the next year. I’m pretty sure I was sipping on a pumpkin spice latte at the time too. Which made it burn even more (come on abroad Starbucks, travelers need their fall-goodness coffee fix too!) Oh, and to top it all of Herschell Gordon Lewis was there this year, live and in person. And he is my favorite director ever. And I was so sad to miss him!

This was a combo strong enough to have me kayaking fares to see just how much it would cost me to fly back to Chicago right then for a couple of days. It was actually not a horrible price, but probably not worth it for a sandwich and I’d miss the film fest anyways.

So I packed up my things and got on the overnight bus I had booked instead.

Before I even boarded though I knew it may be the stupidest thing I’ve ever done. As the bus pulled out of the parking lot I was already feeling like those crackers were not going to stay in my stomach much longer. I looked at the clock and somehow reasoned with myself that I just had to make it an hour before I could puke into the plastic bag I had. I couldn’t be a crazy girl who puked within 5 minutes.

But then the guy came by with cups of water and within the first 15 minutes of the bus ride I had downed my water and puked in the cup. I think I managed it without anyone seeing me. I somehow lucked out into not having someone sitting next to me and I was quiet and held my hand over it just so. But then came the question of what to do with puke cup. And the even bigger question of what to do when puke cup was no longer there.

So I held onto it. Carefully. So that every time the bus jostled nothing would come splashing out. But every so often it got a little fuller until it was almost at the brim.

The cup guy did come by a couple of times with a garbage bag but I didn’t really want to have to give him my puke cup so I just held it with my hand over the rim. I think he thought I had spiked my water or something.

And then the bus stopped and the cup guy got off to get the one random passenger who was boarding at some random stop.

And so I used that opportunity to leave my seat and dump puke cup into the trash bag without him seeing. But then I was just left with a thin plastic bag.

I managed to make it for the next half hour or so until we got to the first rest stop. I jumped from my seat and followed the WC signs. Bypassing the guy taking 1TL for the bathroom because no one else seemed to be paying. ANd then I opened the stall. And saw, for the first time in my life, live and in person, a squat toilet.

We were all confused. I heard one of the other girls say “but where are women supposed to go?” But I just went in and braved it. Hell, I’ve camped enough in random situations where I’ve needed to pee behind a tent. I’m already a pro. Except then I didn’t know what to do with the toilet paper, if I was supposed to put it down the drain or into the trash can. And if the contraption behind it flushed or if I was supposed to use the little water bucket.

And then I puked up a lot more. In the squat toilet.

And then I left the stall and noticed a few other stalls down an opposite corridor with pictures of regular toilets on them.

And then I went back to the bus and took some more dramamine. And managed to sleep for the rest of the bus ride.

And then it was 6am. And I was dropped off in a town near where I was going but not where I was going. And there were supposedly to be shuttle buses to take you from the Kia dealership we were dropped in front of to our hotels. But whatever shuttle I got on turned out to be a guy who didn’t take us to our hotels but instead to his travel agency. Where he told us he’d charge a cheap rate if we wanted to book into this hostel until our hotel’s check in time. And where he tried to sell us tours.

I just wanted to go to my hotel. He said no one would be there. After waiting a bit while he sold others tours I had no interest in taking I asked him for a second time if he could just point the way to my hotel so I could walk.

He told me no one would be there but reluctantly gave me directions and I took off. It was dark and cold and a kind of scary road but I found my hotel. And, to his credit, no one was there. But there were lights on and an open door so I came in and sat on the couch. And within half an hour on of the guests came down to use a computer. And within an hour I was drinking coffee with a couple from France. And within a few more hours I’d had breakfast and all checked in.

Though, still a little queazy.

in Cappadocia, Europe, Pamukkale, Round the World, travel, Turkey
by Val Bromann

Exploring the Pamukkale travertines and Hierapolis in Turkey.

Next post
Exploring the Pamukkale travertines and Hierapolis in Turkey.