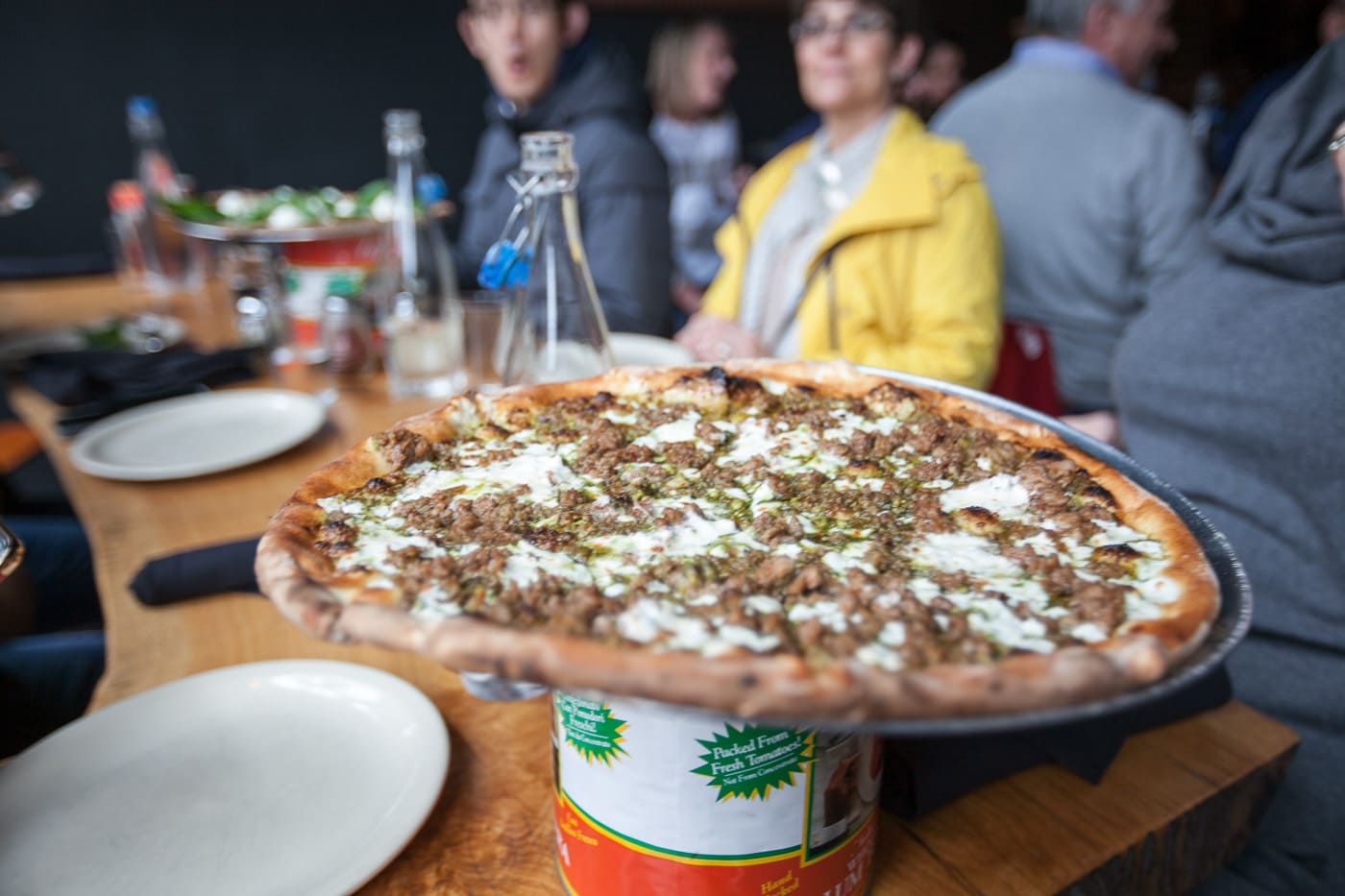 This post contains affiliate links from which we will make a commission from your purchases.

My sister gave me a choice for what to gift me for my birthday: cash, a gift card, or a ticket to join her on a Chicago pizza tour with Chicago Pizza Tours. While my debt-ridden bank account always appreciates money and my Starbucks card can always use that reload, a pizza tour sounded like fun. Plus, with stops at four different restaurants across an afternoon, it was free lunch. And probably dinner too.

My birthday was back in January, but we decided to hold off on going until the spring, when the weather would be nicer. Of course, spring in Chicago has a mind of it’s own sometimes and the mid-April date we picked turned out to be 35 degrees and rainy with a sprinkle of interspersed snow for good measure.

So, when I arrived at Pizano’s, the first stop on the tour, I was cold and wet. But, hungry, all the same, and ready to dig in to some deep dish.

Here’s what we ate. 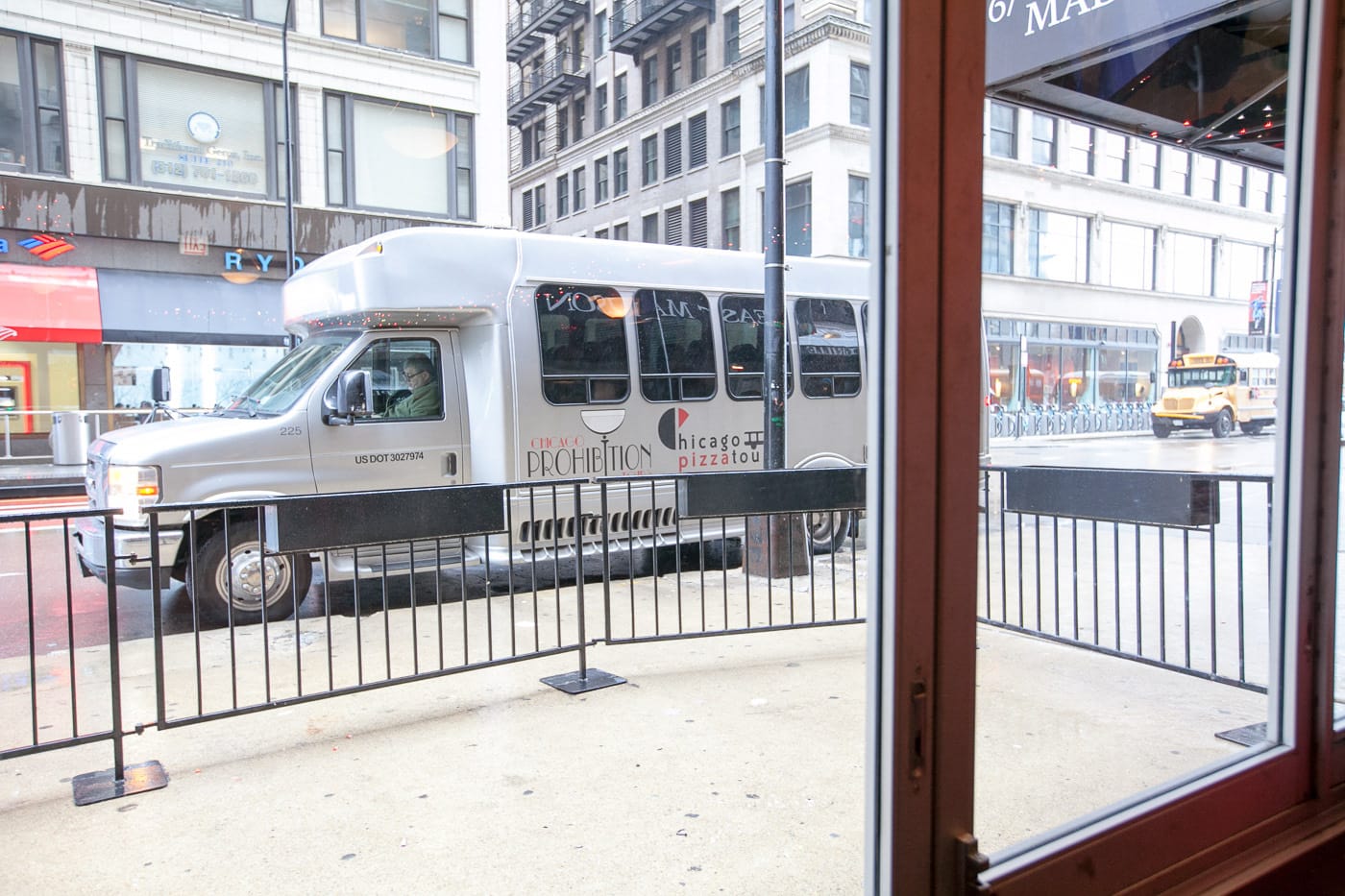 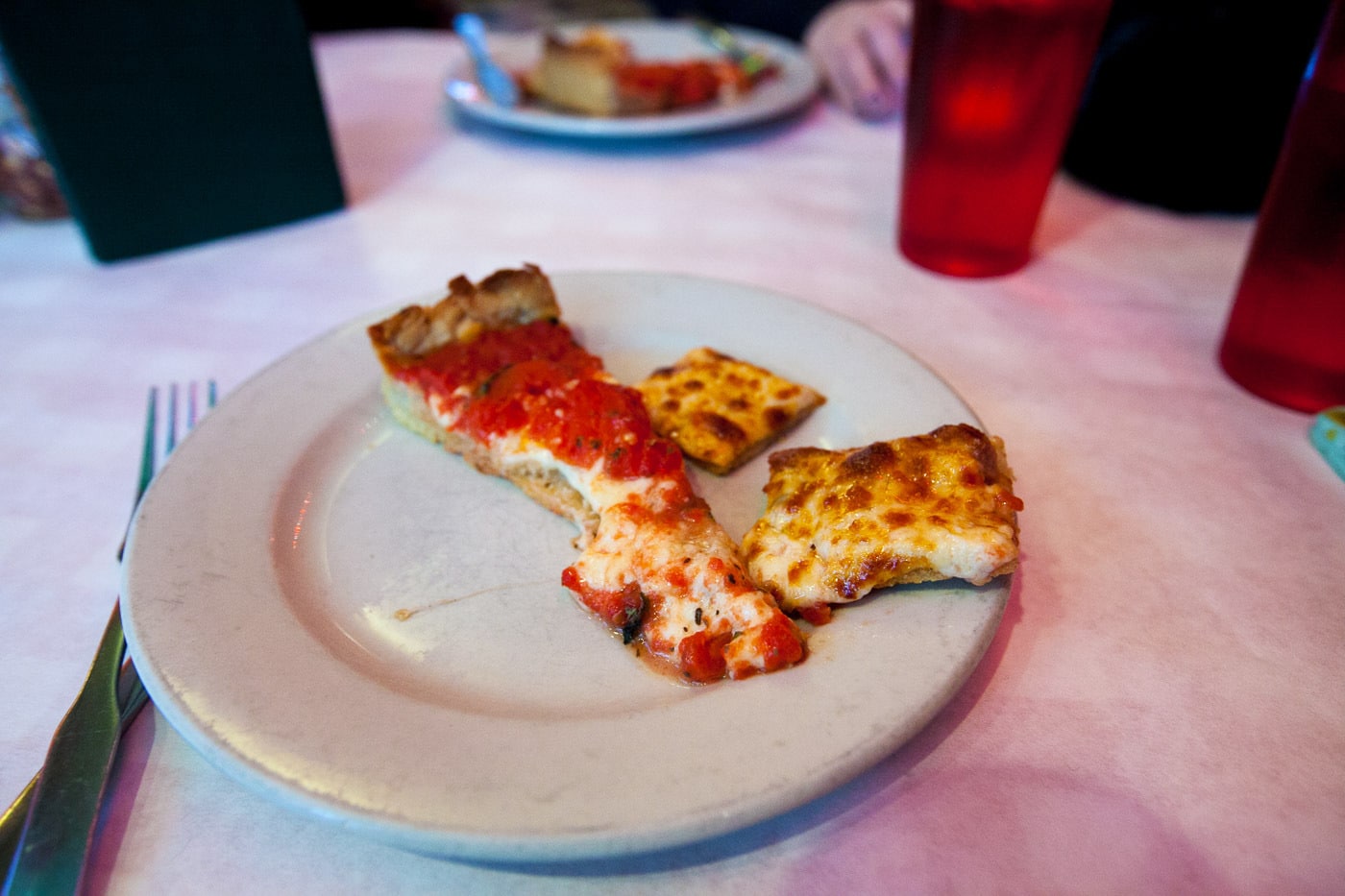 I’ve actually eaten at Pizano’s several times before. It’s conveniently located in the loop near Millennium Park so the restaurant has served as a meeting point with friends downtown and as favorite spot for an after-work dinner.

On the tour, we had three different slices at Pizano’s: the deep dish Mark’s Special and small squares of thin-crust sausage and cheese.

The deep dish had a nice crispy crust that’s probably built with cornmeal (I say probably because the recipe is so secret that only three people know it). The Mark’s Special had a perfect balance of fresh mozzarella cheese, basil, garlic, and plum tomato. It was tart without being overly acidic and the kick of garlic balanced out the sweetness from the tomatoes. The pizza struck a great balance of flavors and, while thick, wasn’t too thick.

The thin crust was good too: there was nothing wrong with it but also nothing I’d particularly crave. The sausage was nice, though, especially for someone like me who isn’t a huge fan to begin with. It was pretty mild without any big kick of heat or fennel. It was mostly just meaty.

We learned on the tour that most pizza places in Chicago source their sausage from the Anichini Brothers, but not all sausage is the same. The company will take recipes from individual restaurants to create batches wholesale personalized for each client.

So, while I might not love all sausage, I liked the sausage at Pizano’s. 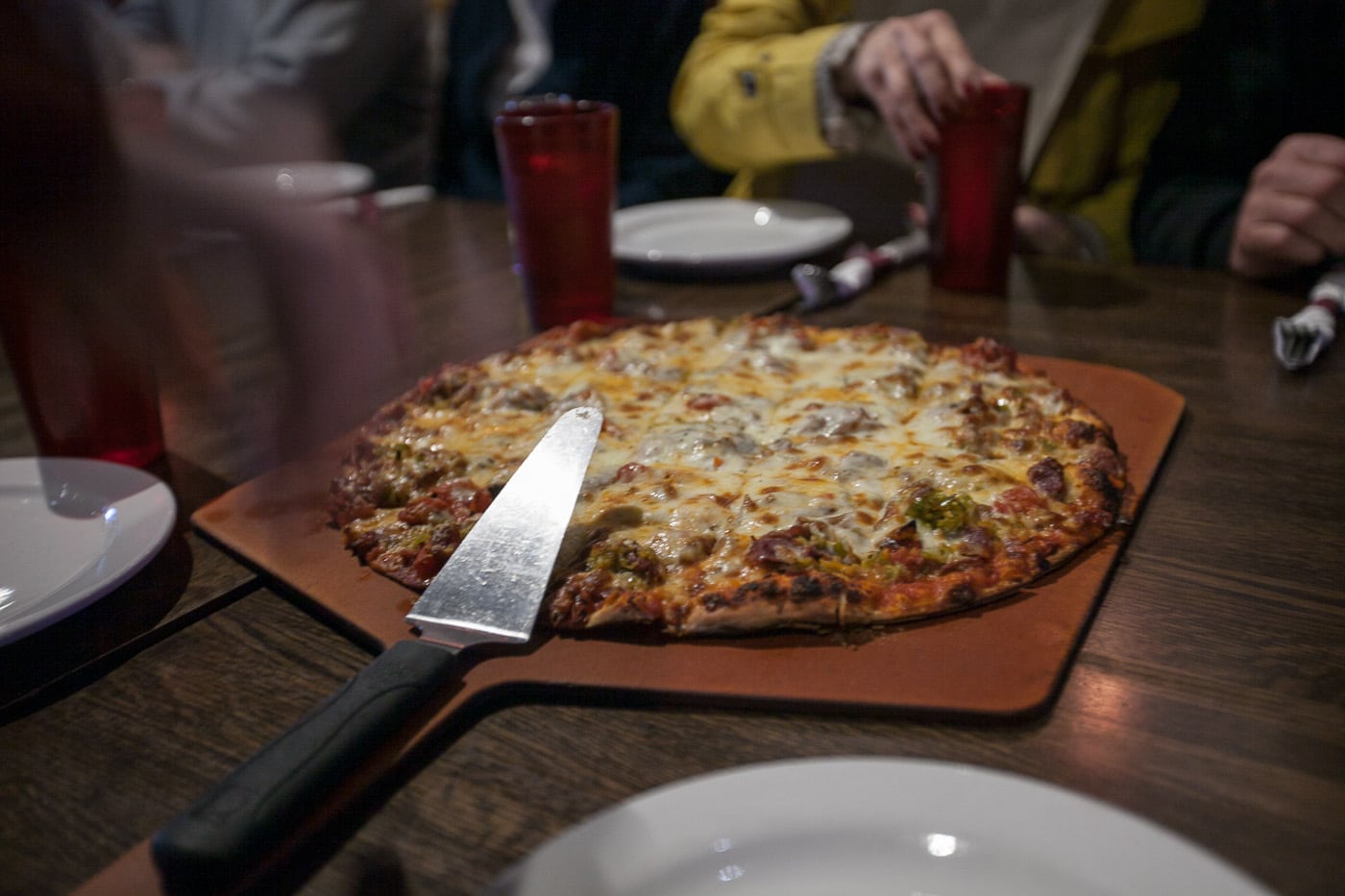 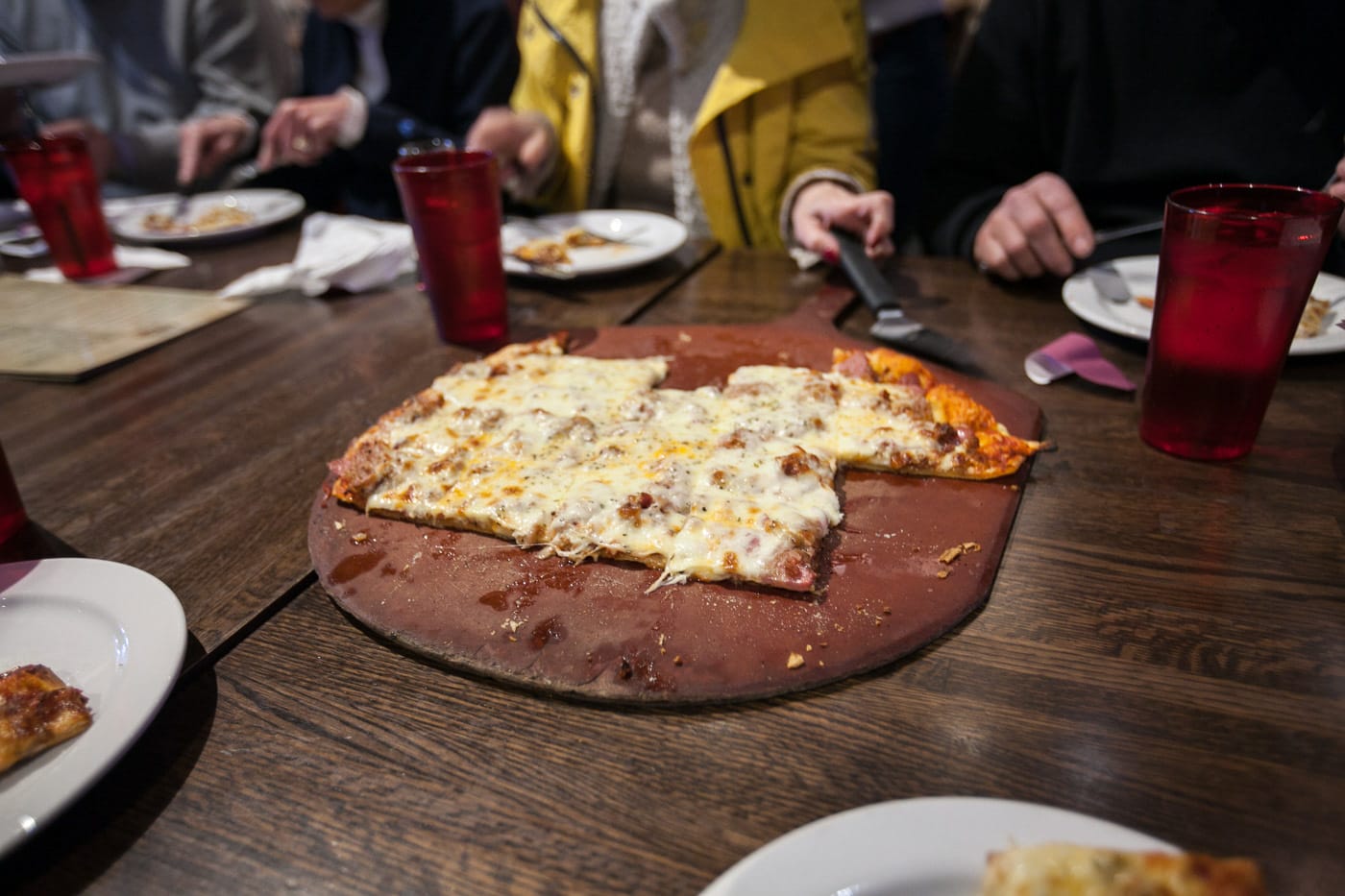 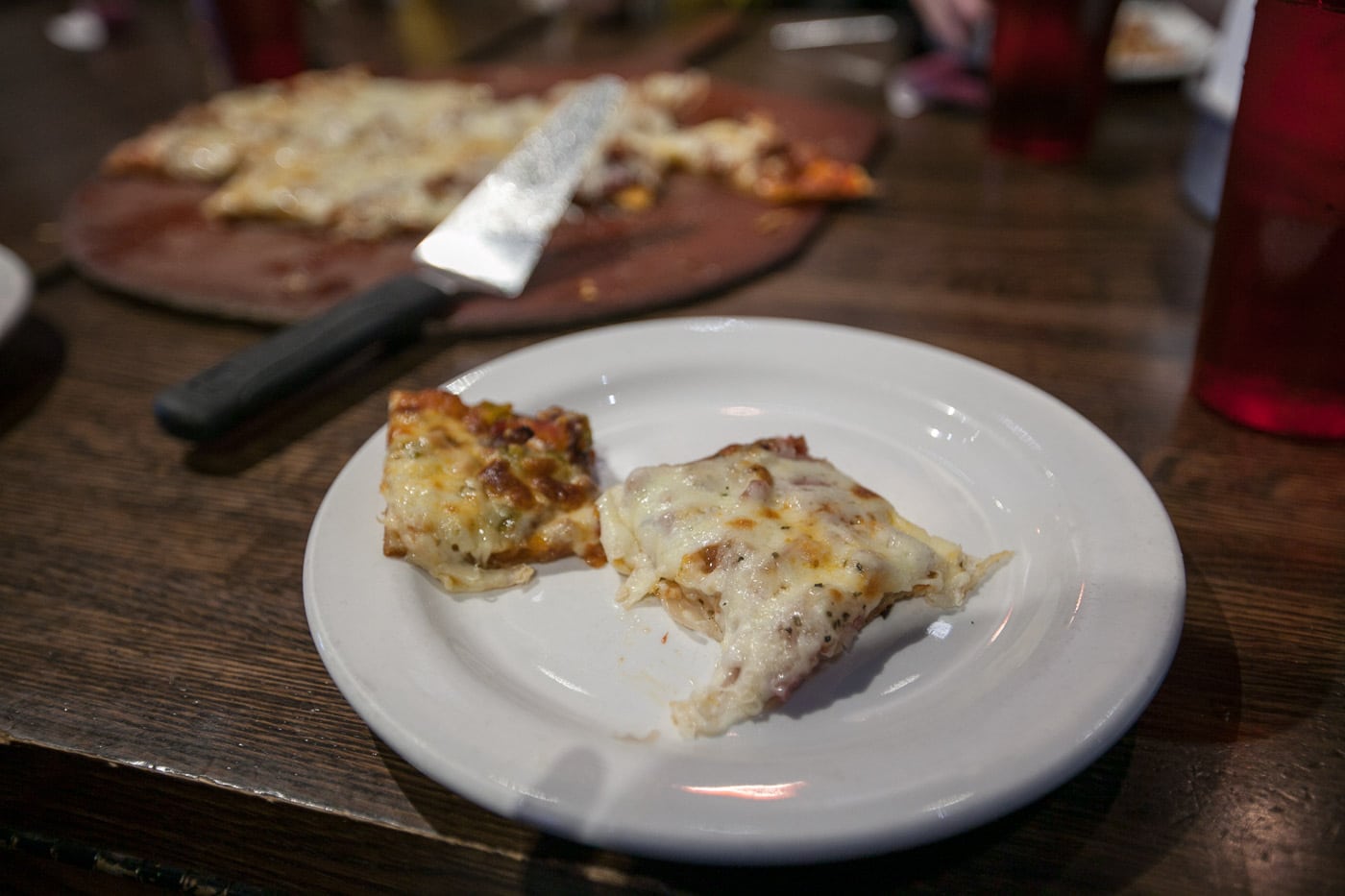 Flo & Santo’s had the most… interesting… pizza we had on the Chicago pizza tour. The South Loop pub is, after all, a sports bar meets pizzeria meets Polish-American restaurant. So, in addition to their tavern-style thin crust cut into traditional squares they also serve kielbasa, potato pancakes, and pierogi.

Of course, if you can’t quite decide between pizza and Polish food you can always get, as we did, the Flo’s Polish: a thin-crust pizza topped with Polska Kielbasa, sauerkraut, and apple wood smoked bacon.

The best of both worlds.

The Flo’s Polish, I would say, was better than I expected. The sausage was definitely different than most Chicago-style pizza toppings but it provided a nice bite and the sauerkraut melted into the cheese-blend giving a sweet aftertaste more than anything.

We also tried the Marco’s Italian Beef pizza, topped with shaved beef, giardiniera, caramelized onions, and fire roasted tomatoes. It was good, but maybe a bit too spicy for my liking.

A lot of the people on the tour didn’t seem very impressed with these offerings. “I’m happy we had it here because I would never get this for myself,” said one woman on the tour who would probably never order it again. Another man wished we had just had plain sausage because he liked the crust but not the toppings.

Maybe I’ve just stopped at Dimo’s to get mac and cheese or chicken and waffles slices one too many times before skee ball league, but I like weird pizzas. So, while Flo’s Polish wasn’t neccessarily my favorite pizza on the tour, I enjoyed it all the same. 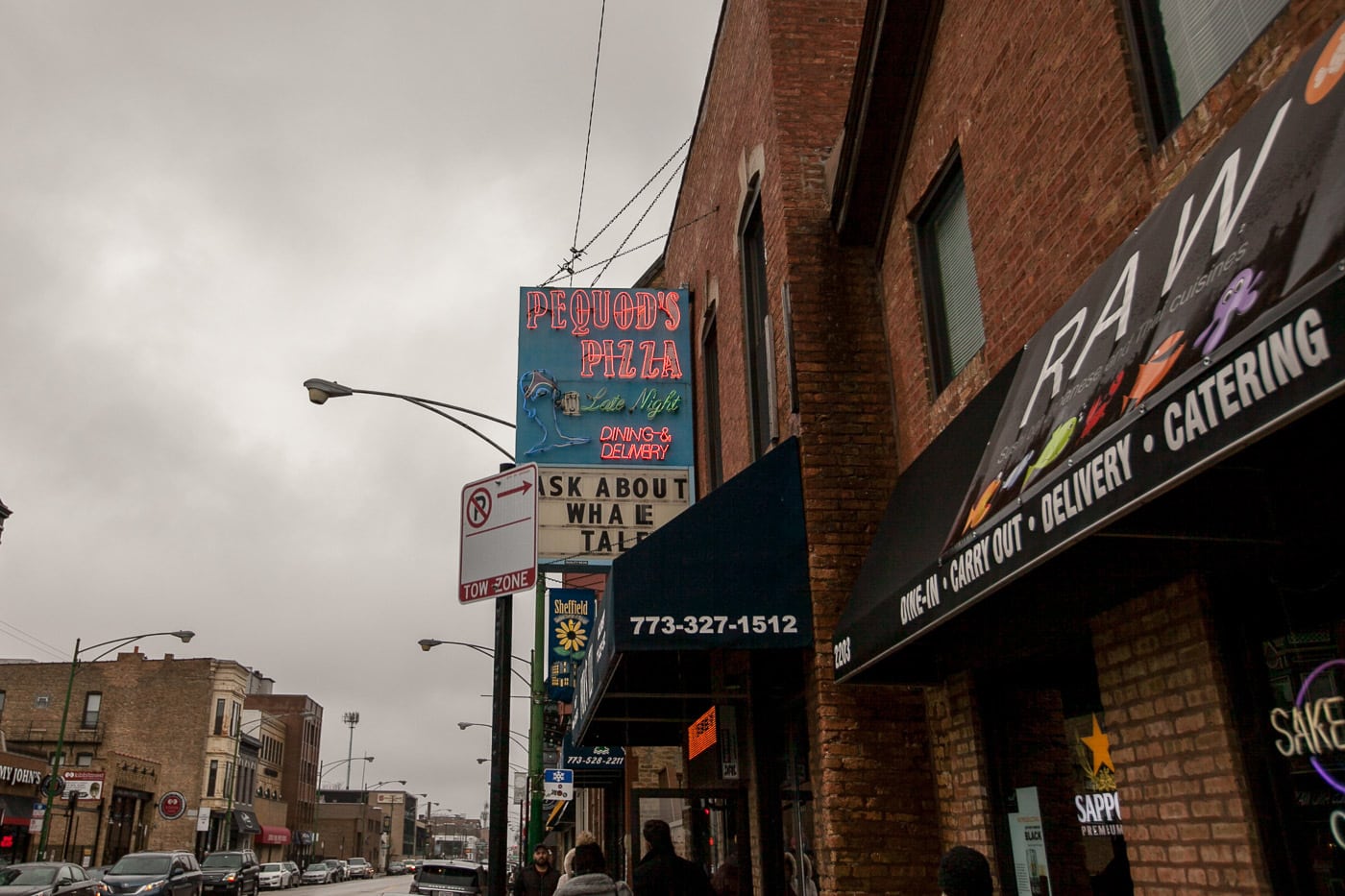 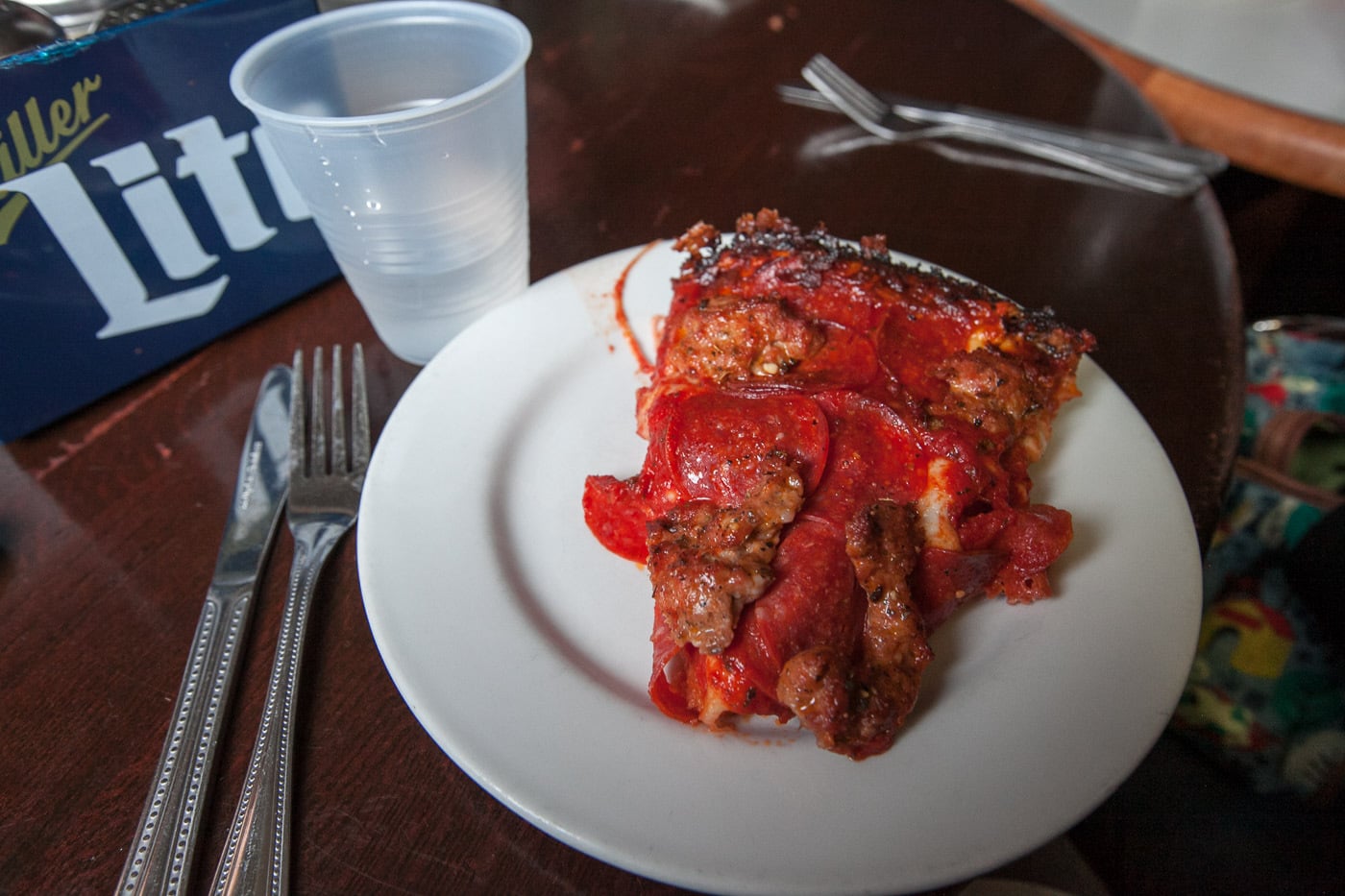 Pequod’s was already one of my favorite pizzas in the city. As someone who normally leaves her pizza crust on the plate, I always finish Pequod’s. Their famous caramelized crust may look burnt, but it’s not: before being cooked, an extra thin layer of cheese is spread along the outside of the crust resulting in a slight smoky flavor and crisp, crunchy, bite.

Plus, Pequod’s has one of the best lunch deals in Chicago: $4.95 for a personal cheese pan pizza and a soda. If you can manage to squeeze into the tiny, packed space at lunch, it’s a bargain.

On this pizza tour of Chicago we were given two choices: spinach or pepperoni and sausage. Spinach is actually my favorite deep dish topping (or, I suppose, filling) and it’s what I always order on my own, but I decided to try the pepperoni and sausage to give something new a try.

And it was still good. Still the Pequod’s pizza with a crispy crust and a chewy filling I know and love. It just might have been a bit too meaty and rich and salty for me.

Especially after having already tried five different pizzas that morning. 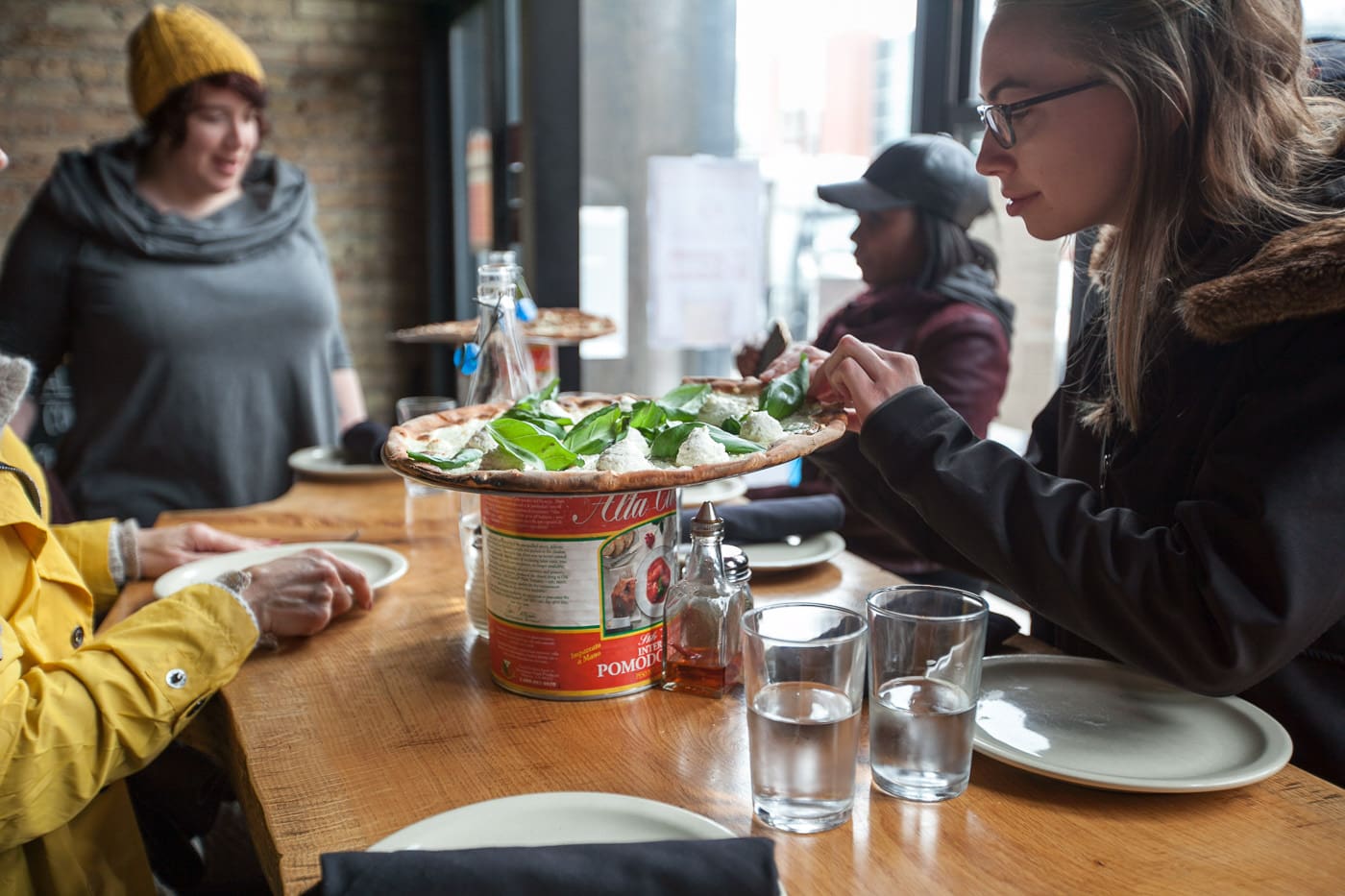 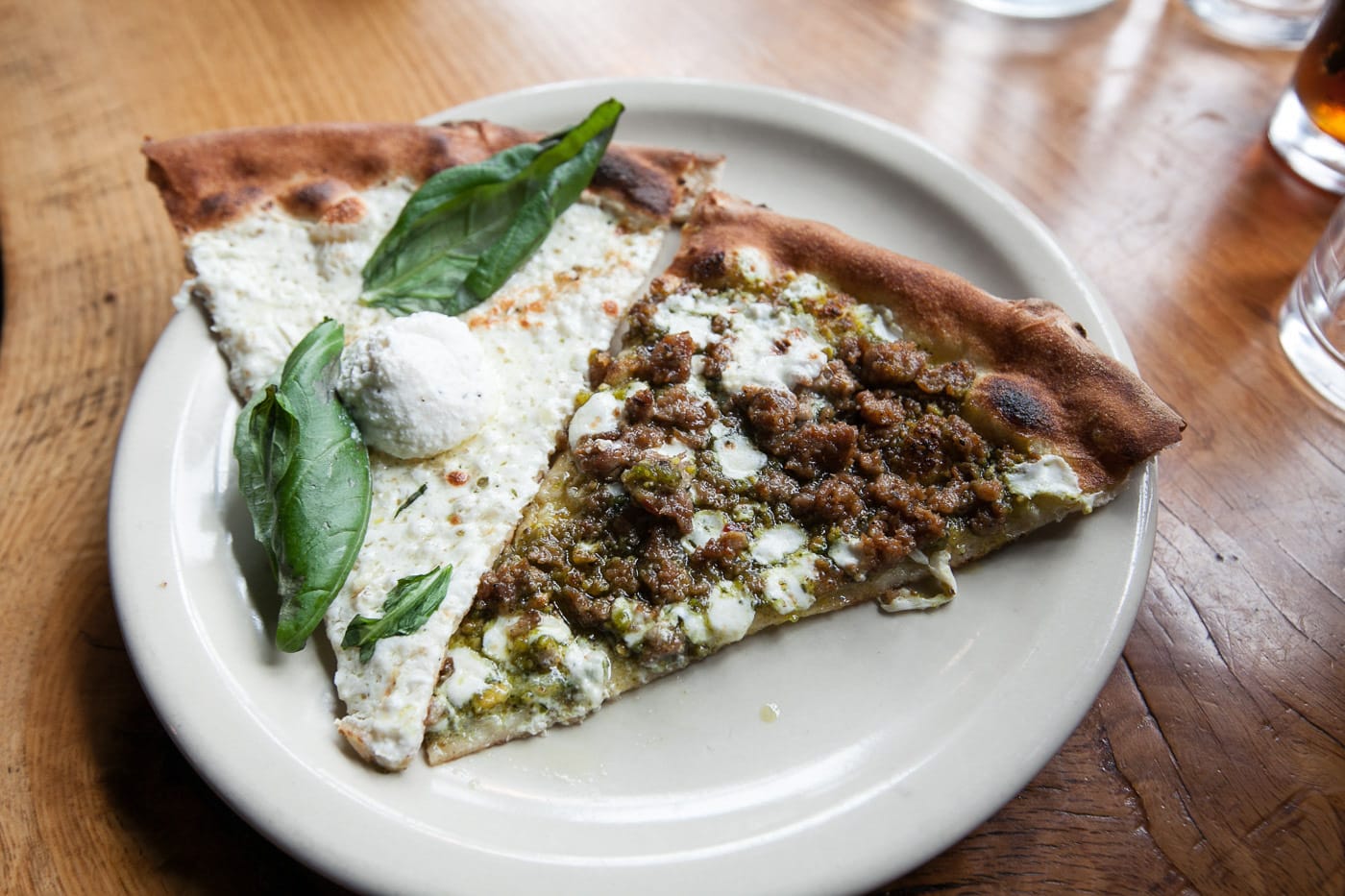 Coalfire was the restaurant I was most looking forward to on the tour. It’s consistently ranked among the best, if not the best, pizza place in Chicago. And I’d never been.

On the way in, our tour guide told us about the two pizzas we’d be trying at this last stop of the tour: the White ​Pizza with mozzarella, ​garlic, ​extra-virgin olive oil, ​oregano, ​basil, and whipped ​ricotta and the Pistachio ​Pesto ​pizza with pistachio ​pesto, ​​burrata, ​honey, and berkshire ​sausage.

I’m not even going to lie: when she said that this last pizza had sausage I silently groaned. Everything else on it sounded amazing but I’d already had way too much meat and was hoping to end on a slightly lighter note.

As you might be able to tell from the restaurant’s name, they do not use wood. They use coal. They also don’t import special ingredients from Italy, everything they use is American made.

So, while Coalfire’s pizza may be reminiscent of Neapolitan pizza, it is not.

What it is, though, is good. Really good.

The slice of white pizza spread with fresh ricotta spread was a nice, fair slice. It tasted…white? Plain? It’s hard to say. Good for it’s quality of ingredients but not for any particular pop.

But that Pistachio ​Pesto ​pizza? It may just be my new favorite pizza I’ve ever had. It was sweet and crunchy creamy and and chewy and crisp in all the best ways. The sausage was small and crumbly making the pizza still feel light while giving just a hint of spice. It was balanced and delicious. And I savored every bite.

All in all I had, maybe, ten slices of pizza on the Chicago Pizza Tour. I think it was ten after having seconds of a few of the pies. Which I probably, really, shouldn’t have done. Because that’s a lot of pizza. But… YOLO?

Or, YOPO (you only pizza once)?

Getting hungry? Take a Chicago Pizza Tour for yourself and taste these slices for yourself! BOOK NOW! 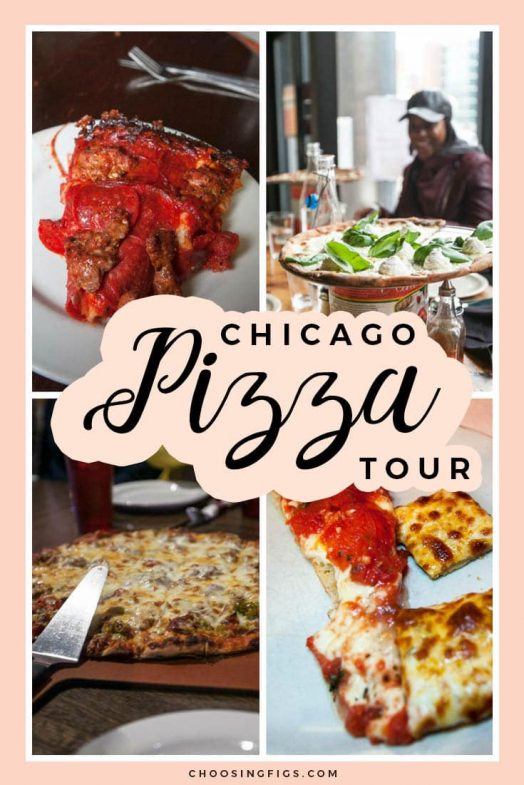 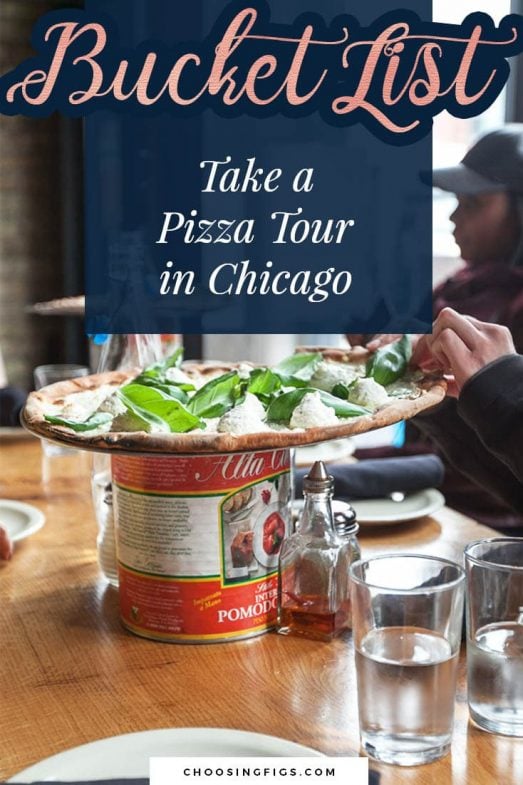 Follow:
Living for a future that doesn’t yet exist.

Living for a future that doesn’t yet exist.